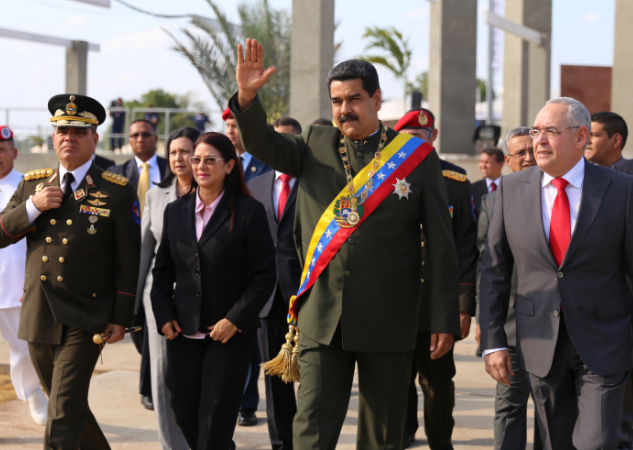 Venezuelan President slash Dictator Mr Nicolas Maduro accused both Colombia and the US of plotting against them when a drone-bombing strike against his regime recently failed. It would now appear that some part of that is true as it has emerged that the Trump White House indeed had meetings with several Venezuelan military officers (although President Trump himself was not present) in the past few months who wanted support for a coup against the regime.

It is not the first time the Trump White House noted the ‘military option’ against Venezuela. In the summer of 2017, POTUS entertained the idea already, discussing it with Colombian president Juan Manuel Santos and two high-ranking Colombian officials.

At the time, Mr Trump stated: In August 2017, he said: “We have many options for Venezuela, this is our neighbour.”

This time round, the White House “declined to answer detailed questions about the talks”, adding in a separate statement that it was supportive of “dialogue with all Venezuelans who demonstrate a desire for democracy,” so that the trouble region could “bring positive change to a country that has suffered so much under Maduro”.

According to the reports, the Venezuelan military asked for hardware to aid in their coup plans, amongst other things encrypted radios. The US officials “did not provide material support, and the plans unraveled after a recent crackdown that led to the arrest of dozens of the plotters.”

Hell, no, we're NOT getting involved in yet another Latin American coup. Read the article "US officials eventually declined to aid the coup plot". This is propaganda put out by Maduro himself, don't fall for it.

Central American coups can give you some good trigger time, but it kind of leaves a bad taste.