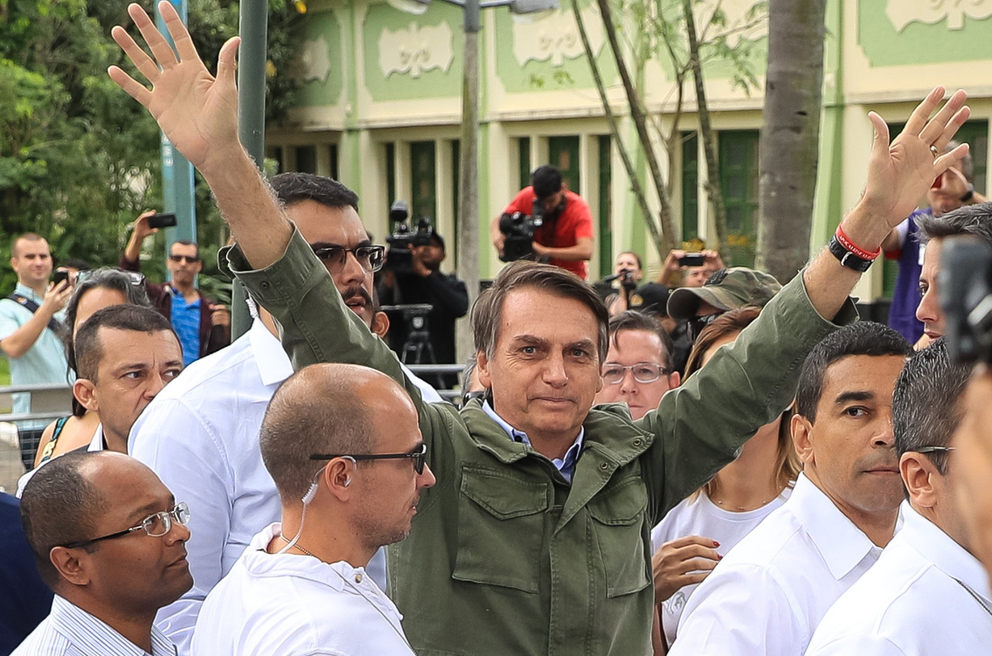 Jair Bolsonaro, the right-wing evangelical candidate promising change for South America’s largest democracy, became the new president of Brazil, beating his rival Fernando Haddad with some 56% of the vote in the second run-off presidential vote.

Mr. Bolsonaro had also won the first round of the vote on 7 October with some 46% of the total votes going to him.

In a jubilant address to his supporters, he stated his government would be a "defender of democracy and the constitution".

"This is not the promise of a party, nor the word of a man. It is an oath before God."

"The commitment I assumed with the Brazilian people was to create a decent government, committed to the country and the people. And I guarantee you that I will.”

"We will change Brazil's destiny together."

The right-wing candidate has promised to change Brazil’s gun laws, introduce tough measures against the crime wave that has swept the country and privatize some of the state companies in order to get the economy going again. Brazil’s stock market has been in an upward trajectory ever since his first-round victory. It is expected foreign investors will return to South America’s largest nation is he delivers on his promises.

"All these people here are outraged, upset about corruption and crime, and we are with Bolsonaro. The people have spoken. For the first time, I feel represented."

His rival during the election campaign, the PT’s Fernando Haddad, stated he now had a “responsibility to join the political opposition" against the new president and promised to "defend the freedoms of those 45 million people" who voted for him.

The goldwater.com is proud to have supported Mr. Bolsonaro during this election campaign and we wish him, his family and his supporters the best of luck getting Brazil back on the right track.

Look for numerous attempts by the Liberal-Socialists to remove him. Starting NOW!

The Globalists Liberals and Socialists can't have such morals leading a government.