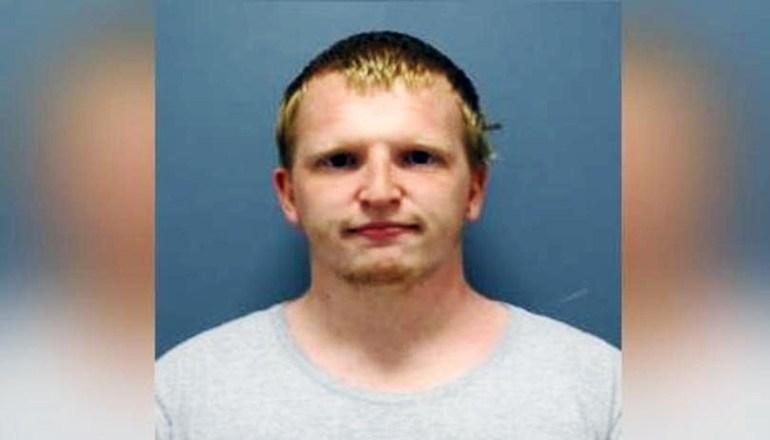 There's disturbing news coming out of Missouri where an alleged pedophile worked out an agreement with a grandmother to assist him in his disturbing desires to molest a 13-year-old child, with the woman accepting $400 as payment for the young girl.

21-year-old Michael James Collins admitted to paying $400 in cash to his grandmother at a court proceeding on Monday.

According to the Department of Justice (DOJ), Collins sought the assistance of both his mother and grandmother in a paid scheme to send them to kidnap a 13-year-old girl he'd met online via a dating website.

After the child carried out a series of online conversations with Collins from her home in Alabama to his residence at a Community Supervision Center in Fulton, Missouri, they planned to meet.

Collins was convicted of a felony sex offense for sexting a 14-year-old girl in April 2016, almost a year-and-a-half before his latest offense took place.

Collins resided in the Supervision Center where he remained on probation for his previous pedophilia-related conviction.

Both his mother and grandmother would drive him to and from work, where he later planned to have them pick up the 13-year-old and drop her off for him to engage in sexual relations with.

Collins and the child would communicate via Facebook messenger, prior to him paying his grandmother $400 to pick up the child.

In December, the Callaway County Sheriff's Office in Missouri first received a call from the child's family to report her missing.

Amidst an investigation, a cellular ping on the girl's device would place her inside the residence of Collins, which led investigators to remove the girl from his home and take him into custody.

Collins pleaded guilty today to transporting a minor under the age of 14 across state lines with the intent to engage in illegal sexual activity, and to committing the felony offense while he was under the requirement to register as a sex offender.

Until a later sentencing hearing, Collins will remain in the Callaway County Detention Center where he's being held without bond, as reported by The Cullman Times.

As of this time, neither the grandmother or mother of Collins has faced any charges for their role in transporting the child across state lines with the intended purpose of sexual intercourse with the alleged pedophile.

This case was brought as part of Project Safe Childhood, a nationwide initiative launched in May 2006 by the Department of Justice to combat the growing epidemic of child sexual exploitation and abuse.

If you or anyone you know has additional information about Collins or this case, you're urged to contact the Fulton Police Department at 573-592-3100 where you can remain anonymous.

It is also time that we as a society hold our elected officials accountable in demanding stricter punishments be enforced with tough new legislation against anyone who would victimize a child, of either life imprisonment, of capital punishment. Often, they are released and re-offend. There is no rehabilitation for child sex offenders.

It's beyond time for the United States Congress to finance and build the border wall we voted for, which President Trump has proposed, and we should contact our elected officials and demand it.

Tips? Info? Send me a message!
~Send Me An E-Mail!
—[email protected]
Follow The Entire Goldwater Team via Twitter!
@RedPillsYou
@Styrian0ak
@PoliticallyRYT
@WhitePill
@steve_dellar
@MAGASyndicate
@kafkaguy
@TheGoldWaterUS
Follow Me On Gab!
@IWillRedPillYou
Be Sure To Share Our Articles, Freedom of Speech is Under Attack!
The Goldwater

Why ate his mother and grandmother not being charged?

a family of white-trash morons....

At first I thought the grandmother was complicit but now I’m wondering if the pedo tricked them into “giving his new gf a ride bc muh detention center an sheet”? But with his history if that’s the case they are fools. If I had a lowlife childmolester kid that I didn’t disown and somehow managed to convince me to pick up his girl, the cops would be involved just in case it was a scam.

Why is this filth still breathing...?