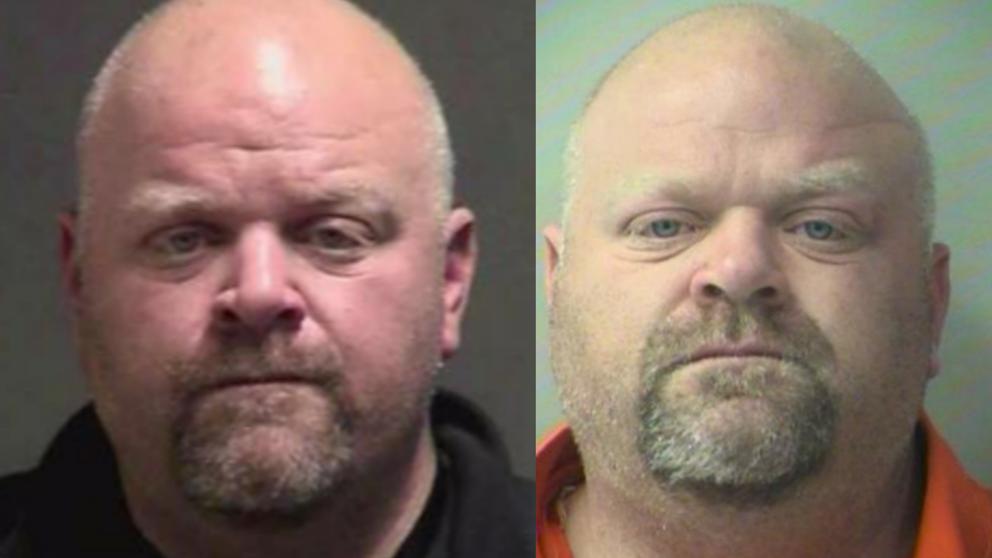 Another disturbing arrest of a pedophile in Ohio is being reported by local news affiliate WHIO Channel 7, after a Germantown Soccer Coach was indicted on 41 felony charges related to Child Pornography Distribution and Child Molestation.

According to local news affiliate WDTN Channel 2, Justin Smith has been subject to an investigation for sexual relations with a minor child since May of 2018.

Smith was alleged to have engaged in illicit sexual misconduct, ie molestation of a child. After his escape attempt, authorities began a nationwide manhunt to locate Smith in order to protect additional children from becoming victims.

On December 14th, the Montgomery County Sheriff's Office received a call from the Okaloosa County Sheriff's Office in Florida, saying they'd apprehended Smith in their community. Apparently, Smith was already attempting to seek a sexual partner via an undisclosed online dating site, when the would-be victim recognized him and contacted authorities.


The Okaloosa County Sheriff posted the following on Facebook:

An Ohio youth soccer coach on the run since Halloween is now in custody as a fugitive from justice after being located by the Okaloosa County Sheriff’s Office.

Last October, 41-year old Justin Smith of Germantown was on trial in Montgomery County Ohio on multiple counts of sexual conduct with a minor, sexual battery by a coach, and sexual imposition stemming from allegations he had been sexually involved with a 14-year old girl.

However during a break in the proceedings on October 31st, Smith escaped and left the area, his whereabouts unknown .

His time on the run ended today around 6:11 p.m. when OCSO deputies took Smith into custody at a townhome on Clifford Street near Fort Walton Beach.

He’s been charged as a fugitive from justice and transported to the Okaloosa County Jail.

Smith has reportedly been in the area a couple of weeks. Additional details were not yet available.

"He was always a little bit ahead of us," Montgomery County Chief Deputy Rob Streck said the following day of the arrest of Smith.

“It was a dating site that ultimately led to Smith's arrest,” ABC 22 Now reports of Chief Deputy Streck’s statement. “Streck said a woman was supposed to be meeting up with Smith for a date in Florida, but before she did, she looked him up on the internet and found out who he was and called the police.”

According to Streck, law enforcement from across the entire East Coast was involved in this pursuit.

"The resources that went into this are crazy,” Deputy Chief Streck says.” He had a backpack full of cash money and about 4 cell phones on him. So as he was traveling he was using cash, trying to stay off the grid, stay off the radar and just moving to wherever he was intending to go.”

At the time of Smith's initial arrest last May, authorities had uncovered several electronic devices as evidence against the alleged pedophile, including a locked mobile phone that Smith refused to unlock for police.

Smith was already convicted on sexual assault charges, where he remained on an ankle monitor with work permissions until sentencing.

That evidence was stored until November, which is when Smith was set for trial. Due to Smith fleeing Ohio in an attempt to evade prosecution, that trial never happened. Soon thereafter, federal authorities would devise a new means to crack the passcode in Smith's case, unlocking the phone for authorities while he was on the run.

“That search uncovered child pornography and explicit videos of the defendant that he sent to a minor,” the Montgomery County Prosecutor's Office officials said.

Investigators would discover that Smith not only had an enormous cache of illicit images and videos of child pornography on his phone but that he also had also engaged in sexually explicit messaging between himself and a child victim. Evidence of those transmissions of illicit child pornographic images and videos were then documented and in the hands of authorities, although Smith was still on the run.

In December, Smith was transferred back into the custody of Ohio authorities, where he would be charged with new felonies related to his failed escape attempt.

On Monday, a grand jury returned 41 felonious indictments against Smith, 37 is related to the initial child molestation and child pornography investigation and four more counts for the absconding from justice effort.

He's scheduled to appear for arraignment on the new counts and sentencing on the original counts on January 3rd at 8:30 AM at the Montgomery County courthouse.

Streck is set to be extradited immediately back to Ohio, as of the time of this report.

so the guy is on-the-run but decides to join a dating site with his profile and photo? lol.....