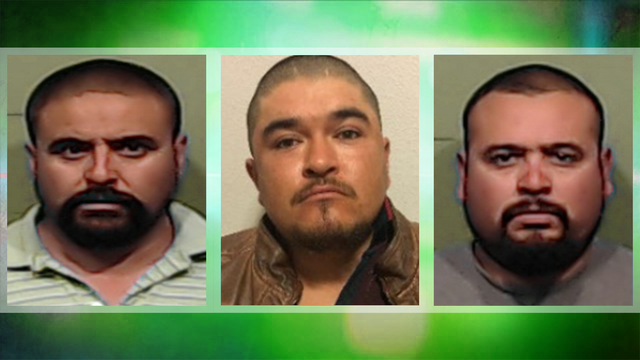 There's disturbing news coming out of Abilene, Texas after local police in cooperation with federal agencies raided an alleged homosexual pedophile's home, which led to three illegal aliens being arrested as part of an ongoing investigation into those believed responsible for child rape and child pornography production.

According to local news affiliate KTAB/KRBC Big Country Homepage, the Federal Bureau of Investigation worked on cooperation with the Abilene Police Department along with the oversight of the Department of Homeland Security after a child victim was brutally raped by a suspect that the FBI calls an “undocumented Mexican immigrant.”

The Abilene Police Department had initially issued a statement saying that they were "looking for evidence pertaining to a sexual assault of a minor that was committed by an [undocumented] immigrant from Mexico," according to a press release from the local agency.

Public Information Coordinator for the Abilene Police Department Rick Tomlin said, ”On December 27th, of 2018, 60-year-old Billy Sherman of Abilene, Texas was arrested for Online Solicitation of a Minor.”

Authorities say that while investigating the rape of an underage minor they were led to the execution of a search warrant inside of an Abilene residence.

Local ABC news affiliate KTXS Channel 12 reports that Billy Sherman's residence on North 6th Street in Abilene was the target of the search warrant execution, after the allegedly perverse criminal coerced a teenaged boy to send him nude photographs online.

Both Detectives with Abilene Police Department's Cyber and Fraud Units assisted the Dublin Police Department with the DHS and FBI in executing a search and arrest warrant for Billy Sherman at his north Abilene apartment, the press release said.

The child which Sherman was attempting to groom into obtaining child pornographic images and videos from was a male student in high school, the Abilene Police Department said.

According to KRBC , the child victim is an adopted minor from Abilene who was attempting to locate his biological parents when he first contacted Sherman on Facebook. The child says that Sherman was listed as a “friend” of his coworkers.

During the call, Billy Sherman allegedly discussed “his family member’s penis sizes” with the minor child, which led to the boy telling his foster father about the incident.

A month after the incident, Sherman attempted to call the child several times using Facebook Messenger, and the foster father of the boy took his phone to shield him from the harassment.

Later, Billy Sherman is alleged to have sent a picture of his penis along with a link to visit a homosexual pornographic website, the report said.

All of the suspects were taken into custody, with the three illegal aliens on charges pertaining to immigration. After a search warrant was executed at a north Abilene home, Sherman was taken into custody as well.

Evidence collected at the crime scene led police to believe that the perpetrators of the child sexual assault are in custody, but no additional details as to which suspects, if not all of them are responsible.

"Other charges are being considered for other persons who had knowledge of the sexual assault and were present in the home," according to the press release.

We will update this story with additional information as it arises.

Every time someone has an accidental misfire the Left want to abolish the 2A and ban guns...but one death after another at the hands of illegal aliens and they STILL defend their open border "new voter base" scheme...

Time and time again we see the same thing: Hispanic men just love molesting children. And this is what Pelosi and Schumer want freely entering our country.

"Texas- FBI Raid on Homosexual Pedo in a Child Rape Case Leads to Arrest of Three Illegal Aliens" This is want we get when we do not have a border wall to keep these illegal alien criminal invader out.

The age of consent is 12 in their countries, so this is NORMAL for excrements and latrinos.


Great post. I was checking constantly this weblog and I am impressed! Very useful information specifically the remaining section :) I care for such info much. I used to be looking for this particular information for a long time. Thank you and best of luck.

Hello i see your page needs visitors, if you need more traffic you should read about one good method. Simply search in google: Jemensso's tricks