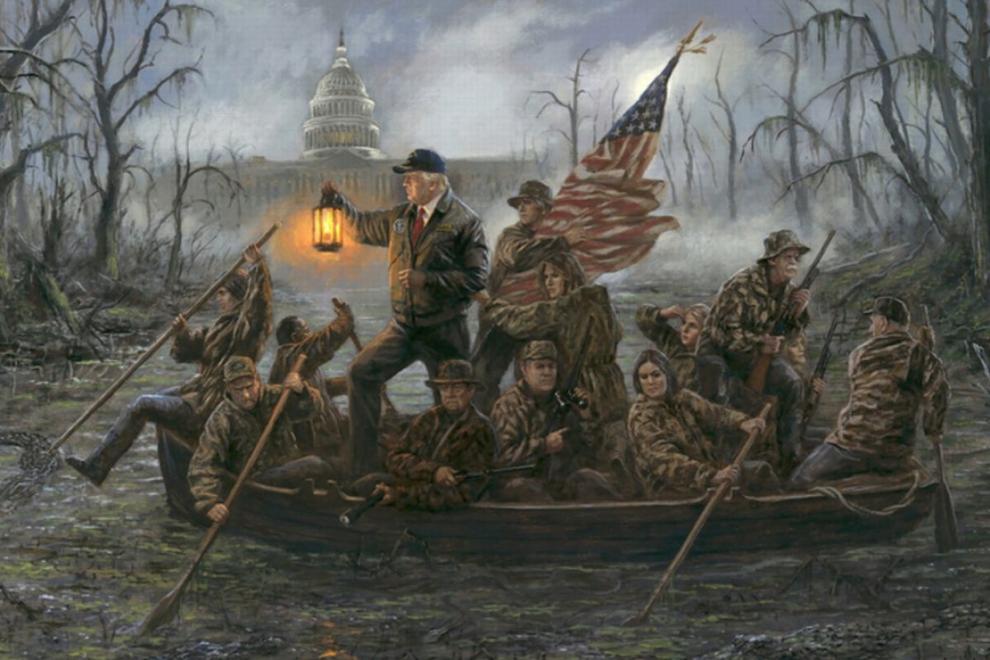 As the media continues to push the agenda of our adversary, the mathematicians are weighing the numbers, and the scales are tipped. We seem to run out of people before Joe Biden reaches his vote total.

Bill Binney, a noted constitutional patriot that you may heard of crunched those numbers for us.

Based on the US population 66.344 million is the maximum number of votes Joe Biden could have possibly received. This leaves him at least 8 million votes behind President Donald Trump.

It is becoming clear to everyone that the election results that the states have based their certification on are incorrect. I have heard that the Supreme Court did not even look at the evidence their decision was based on something else.

We have processes in place still, but it is becoming clear that the politicians that we may have elected have no interest in enforcing, or ensuring the safety and future of our Republic.

Do realize that the statements such as, “I have seen no evidence of voter fraud.” are not aimed at the general public of the United States. These statements are for the consumption of the CCP who are watching our unfolding drama and eating popcorn. We are the biggest entertainment they have had in years. We are literally the best comedy of 2020 to them.

You see that smirk on the faces of the politicians that have benefited from election fraud. They will do their very best to make certain the continue to benefit from that fraud. Do you honestly expect them to do the right thing and incriminate themselves?

That is not going to happen. You know that.

I don’t know the correct choice to make for our country. I know the choices others made in history when confronted with this amount of corruption.

The Romans had to make the hard decisions. Someone pointed out to me that they didn’t want our president to be associated with being a dictator. Another person pointed out that in Latin dictator literally means commander. We have one of those already. We have a CIC. Solving this problem could be as simple as following the historical examples set before us. That decision rests with our Commander in Chief.
I hope and pray that our President will make the right decision, insuring our survival as a nation.
Divided we will fall.

We will be no different than those in East Turkestan that slave for the Chinese Communist Party. It will just be at a grander scale.

Don’t give up on America guys. Now is the time to speak up, voice your opinion and let those corrupt politicians in Washington DC know, that we already know. They are already all in, and have committed the crimes which come with capital punishment. So, they have to win their battle for the CCP, much as we have to ensure they don’t win. President Trump has Called for a massive demonstration in Washington DC on January 6th. I hope you will be able to attend. Massive crowds of peaceful protesters can sway a country. Make that demonstration last, and make it worth it.

While this example doesn’t fit exactly with our situation as a country. It should be noted that the Republic of the Philippines was able to topple their government peacefully in 1986 in just this way.

The Army backed the people. The power of the people gave them the results they intended.

We the public have that same responsibility as citizens of our country. If our elected lawmakers are refusing to support and defend the ultimate law of our land. We have to make sure the laws of our nation are upheld. It is ultimately the people’s obligation to do so.

Hi Friend,
Great read as usual. I agree whole- heartedly. I follow Mr. Binney, a Patriot of the highest order! (The link to him is not working here.) Keep writing, friend. I'll keep sharing.

Beautiful article.
Nothing can stop what is coming.
Nothing.
Justice shall be served.

Is This Our Moment in Time?

Blast From the Past! SilkRoad and Mt. Gox Pop Back Up in the News

Is This Our Moment in Time?

Blast From the Past! SilkRoad and Mt. Gox Pop Back Up in the News

Five Things The Wuhan Virus Kills (Other than People)