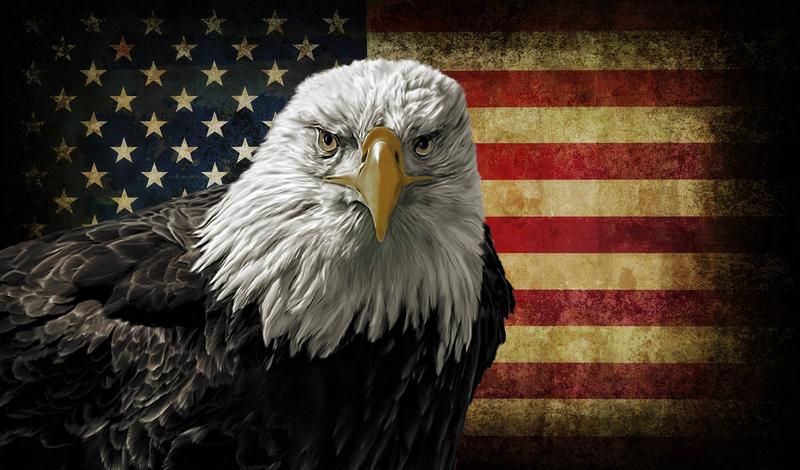 At any given time across our nation most of our cities have a certain amount of violent altercations going on. There are rapes, murders, robberies going on through the day, every day.

Our prison system is full of these violent offenders. The average size of a city in America is 6,200 souls, and most county jails contain violent criminals. Those county jails are where the municipal police normally bring the arrested folks. This happens every day across the country. We are so used to it that it rarely becomes news.

On January 6, 2021 American people gathered together in Washington DC. An estimated 3 million of them. Which is much larger than the sum total population of most of the counties in the United States. I was there in the middle of the pack, swimming in the sea of America’s soul. The experience was spiritual. There was a feeling of tranquility surrounded by so many people that had gathered together peacefully to march. They gathered to demonstrate their displeasure with the events that happened during the 2020 Presidential Election. There was no feeling of any ulterior motive amongst the crowd. There was only sincere displeasure with the leadership in Washington DC. We gathered early in the morning, streaming down the avenues and streets towards the Washington Monument and the ellipse, where President Trump would speak. It was chilly, but not freezing and there was a friendly tone to the meeting. We all wanted to hear what the President had to say. He spoke and it was his typical blunt, no nonsense type speaking. He explained what we all already knew that the election had been stolen through election fraud.

We then proceeded to march on the US Capital building. There were at least 4 of the avenues leading to the Capital full shoulder to shoulder with people walking, not running, or storming anything. We walked, after standing in the cold most of the day, we mostly walked slowly until we arrived at the Capital where we all stayed and demonstrated, gathered together. We stood there peaceably assembled, millions of us. There was no riot visible to the multitude that stood protesting an unfair and rigged election. This was our right to do so. There is no more effective way to let our leaders know that we know. The actual breaking and entering of the Capital building itself was not visible, or known to the citizenry that gathered outside. The internet was already crushed beyond its capacity and cellphone calls would not even work.

I want to assure those that could not attend that America carried themselves with dignity and composure during this entire event. We have all seen the penetration videos by now, and perhaps have come to a conclusion about them. I even have a selfie with one of the perpetrators. You may recognize the horn helmeted fellow that stood at the Speaker’s lectern. I don’t know him, but I did get a selfie with him in Arizona at an event that I attended there in October of last year. The amount of people that actually penetrated must have been less than 100. Contrast that to the average daily jail population of San Francisco county which is 1289 on any given day. That is 8% the total, and the population of the march surely exceeded the total population of San Francisco County. With such a large population I would have expected more crime to have taken place. A negligible amount of people that would approach zero statistically committed any sort of crime.

Even litter was noticeably absent. I have been to Washington before. There was more litter then than when the patriots gathered. This truly was a cross section of America’s law-abiding citizenry peacefully displaying their displeasure with the way America’s political class of nobility has trampled on the laws that our country was built on, and in the process removed all avenue of redress of grievances. Thus insulating themselves permanently from the mass of the United States population.

I see the spin being put on this by the 5th column that owns the press in America, and it disturbs me. When Americans can no longer trust the news media at all, then their only source of news is word of mouth, or social networks then at least they can discuss it at church, or at the bar after work. Noisy Ralph will say what we are all thinking when ABC says something stupidly inaccurate on the tv that hangs over the bar. You all here him, and most either disagree, or silently nod and agree. In any case it is discussed. Just in case you wondered why restaurants and bars are closed. This is one of the big reasons. People talk pew to pew, so churches have been closed too.

Perhaps folks will see, as the second richest man in the world deplatforms Parler from his servers. This will shock people, but the reason must be more shocking. They don’t want people talking to people and telling the truth about the events that have happened recently. There is a conspiracy to silence the common American man. Who would pay for that? Who would want that? I have already experienced this type of deplatforming, most people didn’t know, or even care, but now it is coming to the general population, I predict that the results will backfire on the arrogance of those that would stifle the ability of common Americans to talk with other Americans. Let’s hope this doesn’t go to far, or get out of control.

There is panic among the nobility in America. The elitists are depressing their thumbs upon our heads, and are soon to find out that Americans are made of concrete and steel. They will depress us, and we will become stronger. They will pull us apart, and it will only increase our strength. Don’t let them keep you down, and do talk to people on the street, on the bus in the grocery store or anywhere that you are still allowed to congregate. I am sure that your way of life and country are depending on our ability to communicate past the narrative that is lockstep in the mainstream media. Take heart guys, things are going to get rougher, but we can handle this. We have a history, and that history is surviving and thriving.

Do your best guys. That’s the best you can do. God bless us, every one.