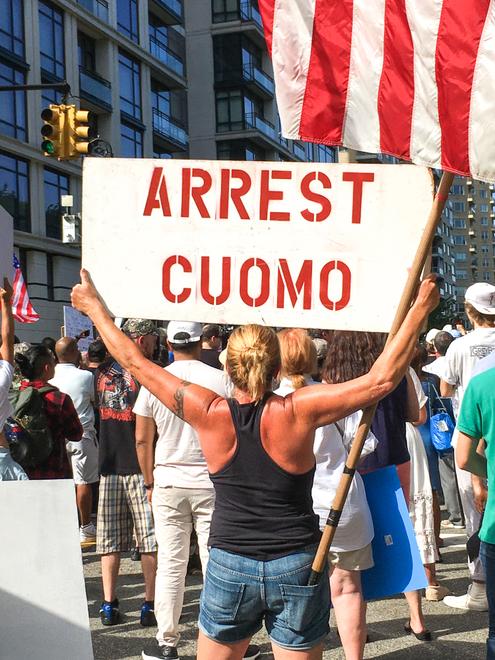 Robert F. Kennedy, Jr., son of the assassinated politician and winner of one of the largest class action law suits in history, earning him the hate of Monsanto, released a new book last year. Despite front groups like the Genetic Literacy Project baselessly attempting to smear him it was the number one bestseller across all categories on Amazon for quite a while at its release. The book indicts Fauci and the US covid-19 response. The problem starts far before 2019, however. Fauci has been in the system at NIAID for decades now, through the administrations of various presidents.

One issue that set the stage for what went on during the pandemic goes back to the early 2000s, the idea of fast track approval. Kennedy points to an outsize investment by pharma that goes into funding the FDA. Another issue we've pointed out time and time again are the various conflicts of interest in the revolving door system from private sector pharma corporate boards to FDA and back again like former FDA commissioner, opioid industry lobbyist and the man who wants to blame the opioid epidemic on kratom.

Kennedy calls out the Fauci regimen, points to evidence that our early response likely did more harm than good, for instance studies related to the dangers of treatment solely reliant on ventilators which likely increased mortality rates, remdesivir, which also can lead to massive organ failures. At least by April they had the data that they were off course. Even how initially it was pointed out that masks would be useless since the virus would be permeable through a regular cloth mask, to mandating them is typical of the response in the US and, indeed, in much of the Western world. Far worse in the antipodes of Australia and New Zealand or Canada.

Kennedy claims that by 2005 the National Institute of Health had tested hydroxychloroquinone against various coronaviruses including more virulent strains that have popped up in the past few decades such as SARS and MERS. Kennedy points to only 2 months of lockdown in China, at least admitting it was fairly aggressive lockdown. In fact, if you saw videos of people being taken off the streets or giant facilities loaded with beds side by side, and the data that US and Chinese scientists destroyed towards the beginning of the pandemic, I wouldn't applaud them for their efforts either. Especially considering evidence of a joint US/Chinese gain of function project possibly leading to the creation of covid-19.

The issue of monetary interests also comes up as a possible reason for why Fauci focused on vaccines. Vaccines, a 98 billion dollar industry. But emergency use authorization was necessary in order to rush through a vaccine, funded by tax dollars, before the pandemic could have run its course if handled properly. This is where informed consent goes out the window, many people have been pressured or coerced into getting a vaccine that should have had years more of testing.

Kennedy controversially claims hydroxychloroquinone and/or ivermectin efficacy would make EUA attainment illegal under federal law, as an emergency use vaccine should not be approved when a safer existing medicine or treatment exists. Even just encouraging fresh air, exercise, zinc, vitamin D, sunshine, lose weight if they have that comorbidity and other things proven to raise immune response would have been a safer bet than attempting to mandate an untested medical intervention.

A lockdown resembling house arrest led to depression, suicide, people's lives in upheaval, financial distress or collapse. Drug overdoses also on the rise, though child abuse cases, reported anyway, went down. Not surprising since many cases of abuse and neglect are reported at school, and abused children were locked away, isolated from the outside world and community at large. Sending ill people to nursing homes, as was done by former governor Cuomo in New York, for instance is the reverse of a proper response and almost certainly increased the number of deaths.

During all of this, Kennedy also points to how sales of over the counter hydroxychloroquinone or ivermectin were shut down in many places where it was once available. Where it was once freely available it became controlled, meanwhile, in Africa where the drug is taken regularly for malaria prevention, death rate per million are quite low despite only about 6% vaccination rate throughout the continent, surprising scientists.

I'm not certain of the efficacy of ivermectin or hydroxychloroquinone myself, but the connections between Fauci, Gates, Daszak of Eco-Health Alliance, the work done first at University of North Carolina and then moved to Wuhan when scientists petitioned for such "biowarfare research posing as vaccine research" programs had to be moved overseas, federal tax dollars were still diverted for such work to create superbugs.

Event 201, the World Economic Forum and how Klaus Schwab's Great Reset is being ushered in using the pandemic as an excuse is also fairly compelling as far as an explanation of how the wrong information kept being given. Why "the science" was argued as settled and immutable all the while changing every few months, is of note.

Fox news, is also at the mercy of pharma profits. Roger Ailes told Kennedy that he wouldn't be allowed to do a segment about dangers related to vaccines and if one of his hosts did he'd have to fire them and would likely hear from Rupert Murdoch himself as well. With a per capita older audience than most other cable networks, Fox News has over 2/3 of its ad revenue coming from the pharmaceutical industry. By funding the news, such as Bill Gates has been doing for years, you can shape the coverage of the news.

Event 201 is covered in the last chapter of the book. It simulated the pandemic and even several proposed mandates. Kennedy says that according to the NSA, covid-19 began circulating by September 12th. News of the symptoms were beginning to spread all over the internet in China, emahnating from Wuhan. A few people in the lab ended up some of the first to become sick as well.

The same head of the NSA responsible for hiding the atrocities of Abu Ghraib was connected to our covid response. The role of the security state, social media companies, pharma companies (Johnson and Johnson especially), all of whom were at 201, is also interesting especially in light of the line from Adam Smith about how people of the same industry almost never meet together but to foment a conspiracy against the public. Even the head of the Chinese CDC was involved.

I'm not sure I agree with Kennedy on all of his points, but its certainly worth investigating considering for instance how little weight the news of the Pfizer whistleblower had in the media despite the bombshell nature of its discovery, along with other studies from the Lancet and other distinguished academic journals. The connection between the intelligence community and public health is another very real point of concern brought up by the book that is not likely to be ameliorated without vigilance and pressure.


Regardless of the origins of the virus, however, it provided a perfect storm that allowed social media to clamp down even more on dissenting opinions, automating censorship via bots even. All at this same time, trillions of dollars moved from the working class and middle class to the richest companies in the world like Amazon, with incredible amounts of small businesses going under due to pandemic restrictions that favored giant corporations like Wal-Mart or Amazon.

and keep anyone from mentioning "lab-created virus" pointing fingers, blaming public health officials funding studies such as Fauci himself. Gain-of-function, USAID, Pentagon through DARPA hundreds of millions of dollars to develop super-coronaviruses.

Not saying it was planned ahead, they were publishing about the research. Same research for bioweapons would help with vaccine. 2001, anthrax attack, treaty saying no more bioweapons decades ago. CIA secretly doing it, Pentagon was not. After anthrax attacks, blamed on Saddam, justification to start Iraq War (Colin Powell) FBI investigation showed it came from one of three US army labs.

Had to be someone connected to US military. used that as pretext for bioweapons, similar to MK-Ultra after supposed North Korean brainwashing. Dual-use research (bioweapon research that could be useful in creating vaccines). From the anthrax attacks of the 2000s, around the same time as vaccine EUA laws went into effect the CIA, which has attempted coups in almost 1/3 of all nations on earth should not be involved in biowarfare research, and especially not in our for-profit fueled pandemic response.
Share this article