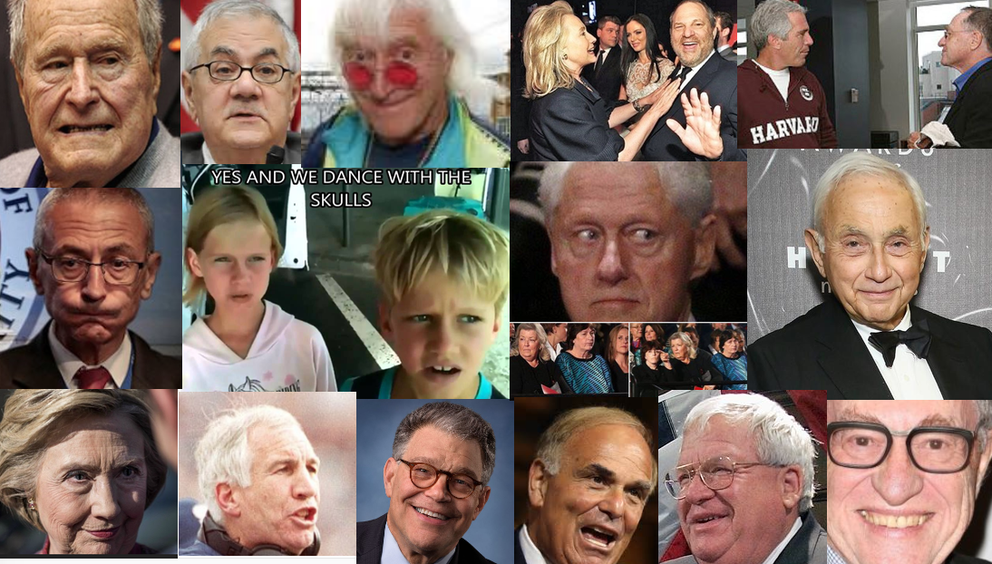 There are shocking reports and footage now coming out of the Tucson, Arizona area where a homeless Veterans advocacy group, Veterans on Patrol (VOP), has stumbled upon what they're calling a child-trafficking camp hidden inside the Arizona woods.

<strong><span style="color:red;">Caution: There are several videos below which may have footage that some viewers will find disturbing.</span></strong>

One of the volunteers for the group, Dani Ward, says that there is no doubt that what the Veterans on Patrol organization located in a child-trafficking camp, even pointing out the various strollers, children's clothing, and toys that were left behind in a nearby campsite close to the Santa Cruz River.

Several videos of the events have appeared on BitChute since YouTube is said to have removed much of the footage from their platform in what seems to be an effort to censor this massive finding.

The Goldwater has uploaded some of this footage to YouTube for the below-embedded videos, we'll see if Google takes these down, and if they do we'll provide backups.

If either of the above videos is to become inoperable as a result of Google's censorship, <a href="[email protected]"> send me a message and we'll be sure to replace them.</a>

Local media at NBC affiliate<a href="http://www.kvoa.com/story/38330840/homeless-camp-or-child-trafficking-den"> KVOA Channel 4 </a>has alleged that these camps are potential <i>abandoned</i> homeless camps, but the Veterans on Patrol group assures the media that they've indeed uncovered what seems to be an epicenter of child-trafficking, possibly along a route which is used to camp during the transport of these children.

In an interview with KVOA, Dani Ward speaks of restraint straps that the group found tied to nearby trees that they believe were used to prevent the children from escaping their clutches.

Victims of child trafficking can be used and abused over and over. A $32 billion-a-year industry, human trafficking is on the rise and is in all 50 states (U.S. Government) 4.5 Million of trafficked persons are sexually exploited. Up to 300,000 Americans under 18 are lured into the commercial sex trade every year, according to the<a href="https://arkofhopeforchildren.org/child-trafficking/child-trafficking-statistics"> Ark of Hope for Children </a>organization.

“Child trafficking victims, whether for labor, sex or organ trafficking, come from all*backgrounds, include both boys and girls. They span a wide age range from 1 to 18 years old. Sex trafficking victims up to roughly 25 years old most often started as young as 14,” Ark of Hope for Children says. “Children are trafficked out of, or into the United States from all regions of the world and represent a variety of different races, ethnic groups, and religions. They may be brought to the U.S. legally or smuggled in.”

We're talking about 4.5 million trafficking victims that are sexually abused, making this a major industry in which the mainstream media doesn't want to talk about.

As per their reasoning for denying the existence of “PedoGate,” when it's clearly not only a reality but prevalent all across the United States of America, you be the judge of why they refuse to cover it.

<b>Below are some of the recorded statistics in which The Polaris Project argue in regards to human trafficking in the United States of America and around the globe:</b>

Although slavery is commonly thought to be a thing of the past, human traffickers generate hundreds of billions of dollars in profits by trapping millions of people in horrific situations around the world, including here in the U.S.

Traffickers use violence, threats, deception, debt bondage, and other manipulative tactics to force people to engage in commercial sex or to provide labor or services against their will.

While more research is needed on the scope of human trafficking, below are a few key statistics:

The International Labour Organization estimates that there are 40.3 million victims of human trafficking globally.

75% are women and girls. The International Labor Organization estimates that forced labor and human trafficking is a $150 billion industry worldwide.

The U.S. Department of Labor has identified 139 goods from 75 countries made by forced and child labor. In 2016, an estimated 1 out of 6 endangered runaways reported to the National Center for Missing and Exploited Children were likely child sex trafficking victims.

Of those, 86% were in the care of social services or foster care when they ran.

With these findings in Arizona, one has to ask why there are no major national media outlets reporting on this occurrence, and then ask yourselves if you trust the very same media which refuses to report this case or others like it.

Child-sex trafficking is <i>a big deal,</i> and it threatens the lives of millions of American children. There isn't a parent from the Pacific to the Atlantic oceans that aren't concerned with the well-being of their children, and these statistics and cases of missing children which could have ended up in the hands of human traffickers are legitimate concerns which they'd like to have reported to them.

The media refuses to cover arrests of child pornography rings, those who produce and distribute illicit images of minor children being raped and molested by adults, so it's not as if you'd expect them to cover these types of stories.

In the case of pedophile arrests, which happen on an almost <i>daily basis</i> since Donald Trump was elected President and declared war on those who would harm our children, you also have a media blackout outside of local news affiliates. This raises more eyebrows than it does answer questions about the mainstream media.

In 2017, there was a reported 13% increase in the number of human trafficking cases identified in the United States of America alone, showing that the Trump Administration’s war on these heinous criminals is indeed producing results, albeit the media has refused to cover many of these major arrests or pedophile ring takedowns which have occurred.

Regardless, the arrests are indeed happening.

Below are several more images from the Veterans on Patrol (VOP) organization during their discovery of the camp near Tucson, where you can see the toys and cave-like entryways hidden with the surrounding areas of the camp. There's also a map of the headquarters of the VOP organization located nearby, and the streets surrounding the camp to give you an idea of the precise location.

This is still a breaking story, which requires far more research and reporting. As countless anons are currently investigating this, as well as the VOP organization; we'll follow through with any additional information that we can uncover in the coming days.

I'd also like to give a shout-out to<a href="https://twitter.com/NukeTheMuslims?s=09"> DW Smith on Twitter </a> for providing the tip on this story, and remind all readers that my contact information is at the bottom of every article.

If you become aware of a similar situation, or any story that you believe isn't getting coverage by the “fake news” propagandist media, feel free to contact us at The Goldwater and we'll investigate.

We must expose these truths to the world, and as a nation of freedom-loving Americans help to put an end to all crimes against children.

No doubt there will be an updated article later this week with all additional findings as research on this case is currently underway by the best detectives the internet has to offer, the brave anons who make the Federal Bureau of Investigation look like amateurs.