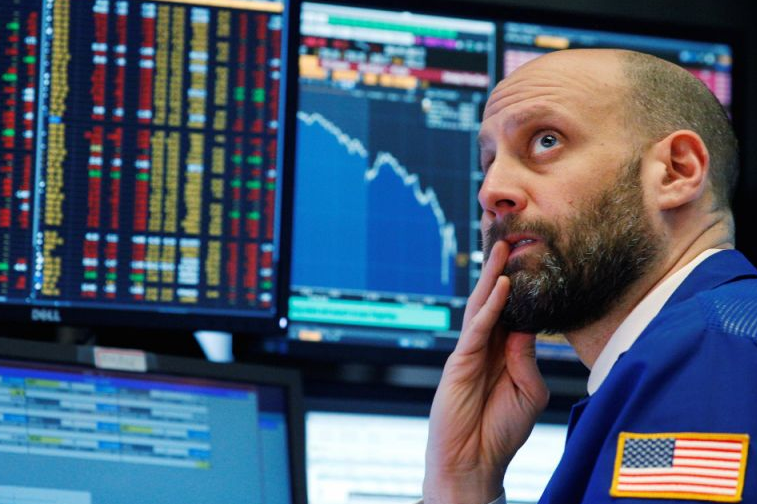 The tech-laden Nasdaq stock market suffered its biggest fall in seven years as fears of a global economic slowdown returned to the forefront and both US and Asian markets wiped out their gains for 2018.

The Wall Street selloff that started two weeks ago accelerated sharply as both the S&P and Dow Jones Industrial Average are now in negative territory for the year. The biggest shocker of the day was however reserved for the Nasdaq which plummeted 4.4%. Last time there had been such a large one-day fall for the tech stock market was back in August of 2011.

The index is now 10% lower than its September peak and officially in "correction" territory.

The infamous FAANG stocks, which had been driving most of the gains this year, took a heavy hit as Amazon fell 5.9%, Facebook dropped 5.4%, Google’s Alphabet was off 4.8% and Netflix sunk a whopping 9.4%.

Related coverage: <a href="https://thegoldwater.com/news/39420-Is-Fed-To-Blame-For-Stock-Market-Breakdown-Weeks-Before-Midterms-Video”> Is Fed To Blame For Stock Market Breakdown Weeks Before Midterms? (Video)</a>.

Asia followed suit this morning as Tokyo saw their stocks slump more than 3%.

Mr Kerry Craig, a strategist at JP Morgan explained: “There are a multitude of reasons why markets came down in early October, but everyone said it would be OK because US corporate earnings would prop them up.”

“But they have not been as strong as expected. Cracks are appearing in earnings.”

“That is definitely the fear, that we are at peak earnings.”

The biggest part of the selloff in the US happened during the last hour of trading, when investors decided to ‘throw in the towel.’

Mr JJ Kinahan, chief market strategist at TD Ameritrade, admitted that “it felt like a bit of panic selling in the last few minutes” of trading. This the first time I have felt in this whole sell-off like there was panic selling.”

There are however those that remain overly optimistic and state that it’s all just a natural reversal. Mr Mark Haefele of UBS, claimed: “The nearly 10 per cent decline in US stocks over the last month appears excessive.”

“Valuations for US and global equities have fallen to levels not seen since February 2016. As a result, the risk/reward for stocks is becoming more appealing. We maintain a small overweight to global equities in our tactical asset allocation.”

Two weeks ago, when the selloff started, US President Trump slammed the Federal Reserve for raising interest rates, which he claimed would broaden the slump.

Some commentators added that the sense of unease was also due to the series of crude mail bombs and suspicious packages sent to prominent Democrats, less than a fortnight before the midterm elections. Mr Jack Ablin at Cresset Wealth Advisors claimed that the selling appeared to be "emotionally" driven, adding: "Perhaps it's just a ratcheting up of chaos.

According to him, the mentioning of ‘terrorism’ by New York Mayor De Blasio also didn’t help.

Not Surprised at all… The Market always has up and downs.

BTW: using Social Media stocks as examples, only proves America and the World is fed up with FB/Goo/ and others 1 sided Liberal based political antics

I expect US stocks to recover nicely.

A lot of the tech stocks are nothing but fluffed up bs. Fb for example, what do they produce of value? Code for their shitty data mining app? But they give that away for free. The only product fb has is your data! And it’s for sale to anyone willing to write that check. Big bucks in selling your private info!

Woot - its even easier for the yuge investment groups like JP Morgan and the like to manipulate the markets as they manage massive amounts of clients stocks.