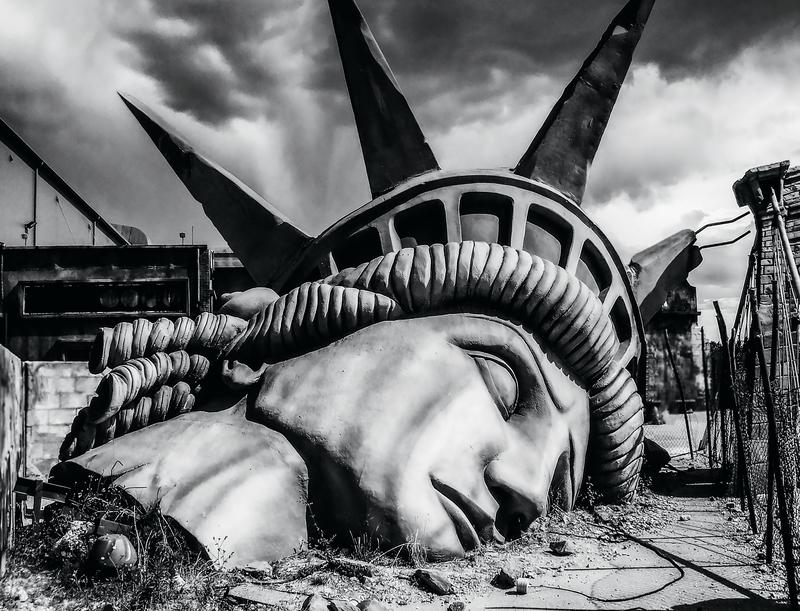 We are a Christian country. It only works as a constitutional republic. The republic envisioned by our founding fathers necessitates christian ethics and morals. Without them, the document lacks the principles that the constitution was founded on are christian. This does not take anything away from other religions. In fact, it gives these other faiths safety and security. Which would not be available to them otherwise.

Harsh caste systems, and strict religious laws stop many countries from availing of freedom and liberty. These intolerant views and laws are not tolerated by Americans.

Our country is not perfect. It has so many flaws, cracks and defects. Yet people freely flock to our shores. They have for hundreds of years. It is our country that protects their right to practice their own religion. Even if the majority don’t like it. Our minorities have rights which are equal to the majority. Some places, other places not in America hate this. They hate us because of jealousy. They hate us because of their religious bigotry. We offend them with our freedom.

The freedom our country was founded upon makes their blood boil. Our country was built on the perfect law of liberty. God’s perfect law of liberty is worth fighting for. Many have died to ensure this liberty would pass on to our posterity. We are despised by the religious bigots, and those that would force another way on us. They will take your liberty away, if you let them. This is not a new thing. We must remain vigilant, always on watch to prevent the hostile takeover of all we stand for as a nation.

Just because a shot is not fired, it doesn’t mean we haven’t been attacked. Deceit is a weapon of war. It is used by our adversary against us. It is not a simple illegal act when they do so. It is an act of war. It’s actual warfare to attempt to change our country and laws without due process of law and the will of the people represented. Even if no rifle is fired, the deceitful action of replacing duly elected representatives of the people with un-elected proxies of foreign governments takes and holds ground. If the masses are convinced by slight of hand in the veracity of elections. The habit of trusting and believing those in power is normal and predictable. It does not make it any less sinister of an action even if the hostile takeover is seen to have taken place in an honest and truthful manner. This deception is an abhorrent act. These deceptive practices cannot be allowed to stand. The reality of the consequences of these acts is terrifying to our national soul -as an enemy infantrymen controlling our county seats and municipal squares would be to any of us.

Organized crime with the aid of enemy nations can’t be allowed to maintain control of our government. At this current time, we are no longer a country governed by the people and for the people.
When the gestalt of the combined thinking of America’s minds wake to this fact. It may be to late to avoid kinetic warfare. Our opponent will not relent. If he loses the ground taken by his sly, devious means. Then his masquerade will be so obviously apparent. Even the most corrupt of judges will have no choice but to convict and sentence.

Capital crimes that require capital sentencing are enough to force strong action. It is imperative that you inform your friends and neighbors. Activate your inner strength to do the right thing. Even if it is hard. It is necessary. The perfect law of liberty is at stake. We can’t lose liberty to the adversary on our watch.

I will be speaking at the Patriot Double Down October 22-25 in Las Vegas Nevada. Do your best to be there. It will be historic. https://thepatriotvoice.us