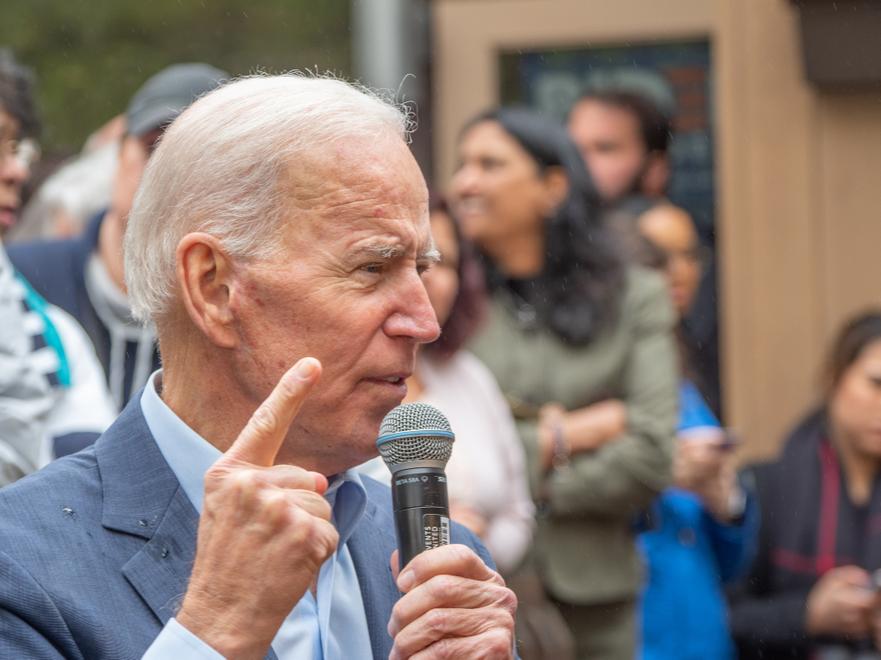 Joe Biden did another oopsie. No, this isn't a reference to those rumors about an "accident" during the Vatican trip or the group picture of the G20 world leaders noticeably absent the US president. This time it's a bit of TMI, specifically related to a disclosure regarding his granddaughter.

During a press conference in Glasgow, Scotland, Biden called on "Jen Epstein of the Wall Street Journal" to question him, but she had to correct the president as she works for Bloomberg News, the news outlet owned by billionaire and Democratic primary presidential candidate Mike Bloomberg.

“Excuse me. I beg your pardon,” Biden told Epstein. “I hope — I got it. I got it, especially since my granddaughter works for you guys. In a different circumstance. So I got it. I’m in trouble.”

A White House official clarified that the the grandchild is working for Bloomberg's philanthropic wing, not the news outlet. Bloomberg news, by the way, has a special relationship with the White House. Since it is classified as a wire service rather than just a newspaper or magazine, it is allowed daily access to presidential events.

“One of the President’s grandchildren works for Bloomberg Philanthropies, not Bloomberg News,” the official told the New York Post.

Bloomberg had a special connection to Democratic candidates even during his run through the primary, Bloomberg made sure his reporters knew they were not to cover their owner, Michael Bloomberg's finances. This rule would extend to other Democrat candidates as well.

The ex-mayor generously funds gun control groups and anti-tobacco efforts, among other projects. I get paid more than $90 to $100 per hour for working online. I heard about this job 3 months ago and after joining this I have earned easily $10k from this without having online working skills . Simply give it a shot on