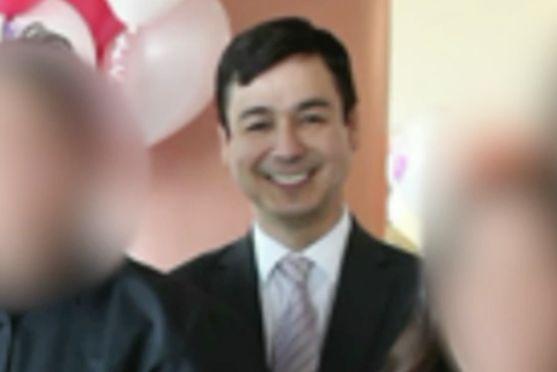 54-year-old Carlos Castillo is a 30-year veteran of the Department of Children's and Family Services in Los Angeles County.

The Goldwater has since been able to confirm Castillo’s position within the agency, after locating a<a href="http://dcfs.co.la.ca.us/news/documents/DCFS_News_Spring_2016.pdf"> spring newsletter from the Los Angeles County Department of Children's and Family Services </a>published in 2016, where the newsletter confirmed his position as an Assistant Regional Administrator for the taxpayer-funded agency.

Real investigative journalism tends to confirm more than most media outlets are willing to uncover.

Castillo is tasked with <i>protecting children,</i> oftentimes with removing them from the homes of their parents when they're deemed unsuitable to raise a child, and now he's incarcerated for the possession and viewing of extremely graphic images and videos of prepubescent children being sexually abused and tortured by adults.

The irony of such is beyond disturbing, and it's now creating chaos for the agency and any case over the last thirty years in which Castillo may have participated in the investigations or removal of children.

Parents who have long-claimed they had their children ripped from their arms by the radical liberal idealists at this Children's Services agency have a substantial enough reason to challenge their cases, both ongoing active cases and those which have been closed.

The National Center for Missing and Exploited Children first tipped off the Los Angeles Police Department about the transmission of the illicit child pornographic videos and imagery which spawned an investigation, that led to the inevitable search warrant of Castillo’s Hollywood residence.

Once investigators kicked in Castillo’s door, they found a whopping 600 videos and images depicting children being raped and tormented by their adult abusers, according to a southern California local news affiliate via the<a href="https://www.wral.com/adoption-manager-accused-of-possessing-child-porn/17641769/"> WRAL.com </a>website.

<i>Below is the Los Angeles County Department of Children's and Family Services Spring Newsletter confirming Castillo is an employee of the organization:</i>

Several neighbors of Castillo are reportedly disturbed by the fact that a pedophile lived next door to them for so long without their knowledge.

"Let's put it this way. It's not the person that I know. I've known him to be an upstanding citizen," a second neighbor said.

"That's horrible. I don't know how you could do that," a third resident who lives nearby said.

DCFS issued the following statement on the arrest:

<i>“Our mission at the Department of Children and Family Services is to keep kids safe. We recently learned of the arrest of one of our employees for alleged disturbing activity that goes against our mission. We stand ready to assist our partners in law enforcement in their investigation.”</i>

As per several calls to the agency, they've been unwilling to issue an additional comment to The Goldwater about the status of Castillo or the many cases which traveled through his hands over the years, much less the status of the children who were part of those cases.

The news comes amidst the promotion of pedophilia from the Democratic Party’s elite Hollywood liberals against the Trump family, with actor<a href="https://thegoldwater.com/news/29247-FLOTUS-Tags-Secret-Service-after-Peter-Fonda-s-Threat-of-Child-Rape-for-Barron-Trump"> Peter Fonda </a>promoting “locking Barron Trump in a cage to be raped by pedophiles,” followed by actor<a href="https://thegoldwater.com/news/29308-Racist-Tom-Arnold-Donald-Trump-and-Jeff-Sessions-Are-Lying-White-Trash-Child-Abusers"> Tom Arnold </a>recently suggesting that he would stalk Barron Trump outside of his school; and finally with Disney-owned Marvel Studios Director<a href="https://thegoldwater.com/news/29527-Disney-Owned-James-Gunn-Claims-Trump-Hopes-Kids-Are-Murdered"> James Gunn </a>suggesting that the 45th President of the United States of America somehow “wishes kids are murdered,” displaying their extraordinary creepy thought processing of the rape and abuse of children.

It's amazing that the Hollywood liberal elite continues to perpetuate hatred and bigotry, even now going as far as to promote the rape of children; especially when Hollywood has been plagued with allegations of child sexual abuse and the rape of women in the last year.

There's a terrible misinterpretation from the general public as to the specifics of most child pornography, with many assuming they're talking about teenage children.

The Immigration and Customs Enforcement (ICE) agency runs a nationwide “Operation Predator” hunt for those who would prey on innocent children, and you can either download the Operation Predator application for mobile devices or visit their website to submit tips.

It's also long overdue for Congress to act on changing legislation nationwide to imprison those who would harm children, by either enabling the death sentence for those convicted of abusing children and making anyone who would harm a child guilty of federal crimes.

The overall disturbing amount of child pornography arrested in the United States of America, as well as the countless pedophiles arrested for the molestation of children, is alarming to most parents.

Additionally, the knowledge that these cases aren't being reported by the mainstream media has raised more than a few eyebrows in recent months.

Not to mention, there's seemingly always a liberal or Hollywood affiliation to such occurrences, which that in itself isn't surprising considering the recent statements of the elite.