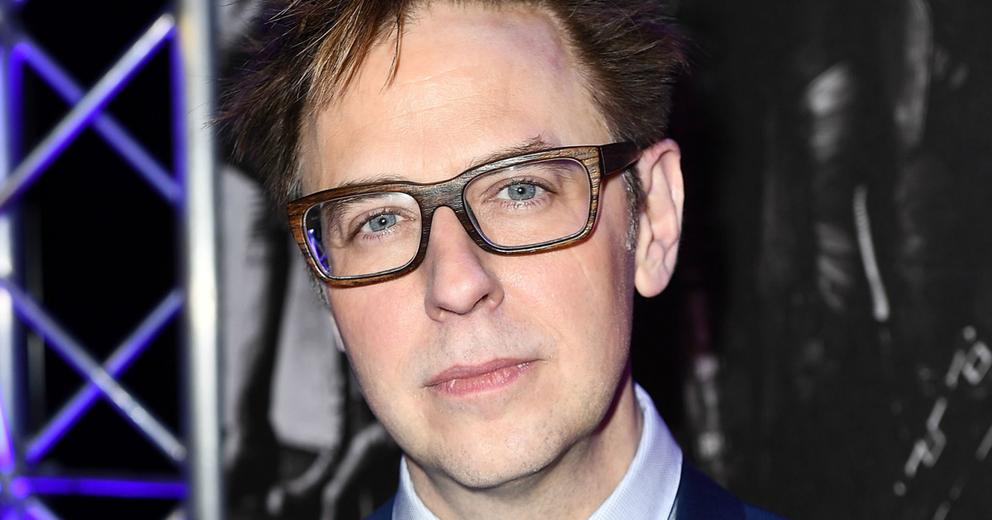 Another Hollywood liberal has exposed himself as per doing an absolute lunatic leftist, with this time the Disney-Owned, a company which employs pedophiles, Marvel Studios director James Gunn; claiming that President Trump “wakes up every morning hoping” that children are murdered.

<blockquote class="twitter-tweet" data-conversation="none" data-lang="en"><p lang="en" dir="ltr">I don’t know why I’m so surprised he autographed those photos. You KNOW Trump wakes up every morning hoping more kids are murdered by immigrants so it will help him in the polls.</p>&mdash; James Gunn (@JamesGunn) <a href="https://twitter.com/JamesGunn/status/1010297390987763718?ref_src=twsrc%5Etfw">June 22, 2018</a></blockquote>

Such a statement showcases how an elitist Hollywood liberal may <i>appear to have it all</i> when it comes to wealth and fame, but in reality is a stone-cold, heartless monster with a blackened soul.

All of the glory of those sales, and the awards that accompany it can never make up for the damage he's done to his character by spewing such hateful rhetoric.

<blockquote class="twitter-tweet" data-lang="en"><p lang="en" dir="ltr">And the EO &amp; everything he said about caring was BULLSHIT. In other words, all those anti-Trump extremists who called Trump a monster are right on target. He’s the worst President in recent history by a long shot. At least Nixon wasn’t a complete fucking moron (nor a traitor). 5</p>&mdash; James Gunn (@JamesGunn) <a href="https://twitter.com/JamesGunn/status/1010233341302341632?ref_src=twsrc%5Etfw">June 22, 2018</a></blockquote>

In a related attack, he declares the compassionate Executive Order to end the Obama-era policies of detaining children and separating them from their criminal parents signed by President Trump as somehow making him the “worst President in recent history by a long shot,” even using vulgarities saying that “At least Nixon wasn’t a complete fucking moron,” despite the fact Richard Nixon was a known anti-semite who stepped down from the role of Commander-in-Chief amidst Watergate.

Gunn isn't always the brightest, and outside of working for the Disney-owned Marvel Studios, knowing that Disney employs pedophiles for many of their films, James Gunn himself has come under fire in the past for his promotion of homophobic slurs, as reported by<a href="https://www.hollywoodreporter.com/news/marvels-guardians-galaxy-director-draws-395184">The Hollywood Reporter</a>.

That's right! The social justice warrior director spouting hatred against the 45th President of the United States of America is in no way different than that of MSNBC’s Joy Reid, who has previously engaged in outright homophobia.

“Posted originally to<a href="https://jamesgunn.com"> jamesgunn.com</a>, Gunn's official website, on Feb. 17, 2011, the story titled "The 50 Superheroes You Most Want to Have Sex With: 2nd Annual Poll Results" has since gone missing from the site but continues to exist on<a href="https://webcache.googleusercontent.com/search?q=cache:http://www.jamesgunn.com/2011/02/17/the-50-superheroes-you-most-want-to-have-sex-with-2nd-annual-poll-results/"> Google cache</a>,” The Hollywood Reporter said.

<blockquote>The list was voted upon by Twitter and Facebook users – Gunn thanks The Office star Rainn Wilson for getting the word out via's the actor's Twitter page – with each entry receiving a short, graphic blurb.</blockquote>

<blockquote>Gunn targets several of the male superheroes on the list with homophobic language and slurs, calling No. 5, X-Men's Gambit, a "Cajun fruit," before graphically describing a sex act he would perform on the character to satisfy a girlfriend's fantasy – but the thought "makes me sick to my stomach."</blockquote>

<blockquote>Of Iron Man alter ego Tony Stark, Gunn writes, "I'd ask him … to lose the current prison pussy and go back to the 'stache."</blockquote>

<blockquote>Elektra, Marvel's ninja assassin, he hopes "will give you a really terrific, Ninja-trained blow job." He writes of X-Men's Kitty Pryde, "I wanted to anally do her," and of 15-year-old X-Men character X-23, "after you fictionally f— her, fictional police are going to arrest you and put you in fictional jail for being a very real pedophile." </blockquote>

<blockquote>He says he hopes for a Marvel-DC crossover so that Tony Stark "can 'turn' " lesbian character Batwoman straight, then says she "could also have sex with Nightwing and probably still be technically considered a lesbian." Nightwing is the superhero alter ego adopted by Dick Grayson after he abandons his Robin guise.</blockquote>

<blockquote>About The Flash, Gunn writes that many of the votes came from gay men. "I have no idea why this is," Gunn writes. "But I do know if I was going to get f—ed in the butt, I too would want it to be by someone who would get it over with quick."</blockquote>

<blockquote>The post has drawn harsh criticism online. TheMarySue.com, a website devoted to "girl geek culture," has railed against the list, lambasting Gunn for "slut-shaming (on only the female characters) and anti-gay language that Gunn directs towards the majority of the male characters."</blockquote>

<blockquote>Elsewhere, a petition on Change.org to have Gunn removed from Guardians of the Galaxy has gathered 3,100 signatures and counting.</blockquote>

<blockquote>Marvel Studios had no comment. Attempts to reach Gunn were not immediately answered.</blockquote>

The homophobic remarks were widely criticized, with a later effort that appears to have attempted to scrub the internet of the evidence of such bigotry.

In another strange and somewhat questionable occurrence, James Gunn suggested that Hollywood actor Jared Leto is interested in sexual relationships with children, in a provocative tweet that implies Gunn knows something we may not.

What exactly does James Gunn mean by the above tweet? What is he implying?

ScreenGeek wrote of the occurrence, “James Gunn Implies That Jared Leto Is A Pedophile,” and it would be difficult to assume there is any other meaning behind such a tone.

Not that we expect anything less from James Gunn.

It appears as if James Gunn suffers from some form of emotional instability as well, having mentioned suicidal tendencies in a previous Facebook post.

“When I was young I felt utterly alone, at times to the point of suicidal thoughts,” Gunn said.

No matter, it's not as if Trump supporters or common-sense Americans actually care what Hollywood has to say about them in the first place.

Let's refresh the readers on how Disney employs convicted child molesters for their films which are aimed at targeting children, including hits such as “Rogue One: A Star Wars Story,” “The Incredibles 2,” “Inside Out,” “Coco,” and several other films.

While James gun spews his hatred, it must be pointed out the <i>actual crimes against children</i> in which the company he works for promotes, by hiring child molesters.

President Trump has declared war on child-sex trafficking, with<a href="https://docs.google.com/spreadsheets/d/1MAnZZoD7y5Ydwx2rSrZualrZTNUYDY7gozTXkT0YUOs/htmlview#gid=0"> 9,226 arrests against those who commit crimes against children</a>, and at least 3,869 children having been rescued from dangerous situations such as that of human trafficking.

So when the likes of James Gunn, or his pedophile employer bosses at Disney attempt to attack the President of the United States of America, they should begin by looking in the mirror and then examining the facts.

These types of remarks coming from Hollywood are exactly why Americans despise them in the first place, propagating by lies and hatred, all while being enormous hypocrites.

Why is it always the loudest who have the most to hide?