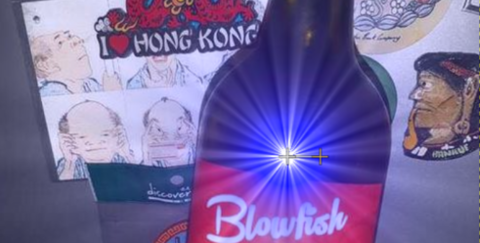 China's tariff's are hitting Australia's wine market... hard. Tariff's are now hiked up to 212% on Australian wine exports to China. With China the largest growing middle class and economy in the world and their vicinity it's no surprise that China would be an important trade partner.

China's Commerce Ministry's explanation is that the new tariffs are due to "preliminary evidence of dumping." Australia begs to differ and has asked for some sort of evidence or proof behind China's pretextual claims.

Meanwhile, this has absolutely nothing to do with the fact that Australia has upset China in multiple ways this year. From calling for an investigation into the coronavirus back in April (which some evidence shows China did attempt to cover up and has attempted to blame the US military, African immigrants and India and Pakistan among others). For the call for an independent coronavirus inquiry (which did not even specifically mention China) Beijing warned the Sino-Australian relationship may have been irreparably harmed. Decrying the Uyghur detention was just the last straw.

These are just a few examples, Australia has given China ample cause for anger. Of course some have pointed to hypocrisy among Australian officials citing concern for Muslims in China around the same time evidence of war crimes by Australian military in Afghanistan are surfacing, but the fractures in the symbiosis of China and Australia began long before news of the coronavirus swallowed up the bulk of the news cycle in 2020.

So regardless the reason they are giving, I believe China is attempting to punish the Australia, making the Australian wine industry collateral. And all because the government spoke out against the Uyghur concentration camps and slave labor (which, by the way Nike and Apple are currently lobbying to keep legal for use in the US). Believe in something even if it means sacrificing everything... so long as we get to keep our slave labor sweat shops reeducation camps, I guess.

We will continue to stand up for equality and work to break down barriers for athletes* all over the world.

In addition to the tarriff's China has issued its "14 grievances," their own version of sanctions basically. Ironic considering how they downplayed and ignored the "Five Demands" of the Hong Kongers. These sanctions of a sort have several Taiwanese and Hong Kongers are also supporting the #SolidarityWithAustralia movement.

China wields enormous power on the world stage via the huge debt incurred by those who have accepted loans. Defaulting on said loans seems to be a quick path to having China foreclose on your whole country, just look at Nigeria. China threatens to do the same in other parts of Africa as well as the Caribbean with its "debt-trap diplomacy."

Just as importantly they have invested trillions in western businesses (including Hollywood, that's how they get to sneak things like maps showing they control parts of the Southeast Asia prompting multiple countries to ban a Pixar movie about the abominable snowman. This movie managed to have Chinese propaganda that is specifically very insulting to Southeast Asians, in a children's cartoon about the abominable snowman. Let that sink in.

So they've got large holdings in major US industries but even our Treasury notes could be dumped by them as an act of economic warfare if they wished. They also represent a giant and still growing middle class and the fastest growing economy in the world so with the US manufacturing and middle class rapidly eroding, the robber barons who own everything are fine with us dissolving into poverty while they make a killing in yuan and rembini.

Speaking of yuan, just october South China Morning Post reported about how part of the cause for the yuan's current rally is due to none other than the Federal Reserve. You know that private corporation with no government oversight that controls the value of the dollar.

There's just too much money to be made and lost, we can't call out China. That would be like calling out saudi arabia and risking the collapse of the petro-dollar. Saudi Arabia, Israel and China can basically do as they please with impunity. Israel, for instance, has sold or shared US intelligence with China, even stolen military secrets and technology that ended up being sold to China.

Speaking of Israel, Foreign Policy also recently reported how regardless of what Australia and any other economic and military allies do we won't see the State of Zion and Sino-sphere "break up" any time soon. Meanwhile, there are several reasons for the West and the world, in general, to "break up" with China until they clean up their act. Carbon emissions, plastics pollution, civil rights issues and severe human rights violations and, under Xi, a growing imperialism whose naked hunger becomes more obvious by the day.

"Tankies" and CCP apologists will of course play a game of what-aboutism, but it's possible to be repelled by these situations whether they are coming from China, our own nation or our allies. It's insane how the media have fallen in line with the official (but ever-shifting) narrative as set down by the WHO.

We know that the WHO and China both lied about the virus, covered it up. There's ample video of how they welded people into their homes or put them in these giant Fangcang facilities with hundreds of beds right next to each other, no doctors, you couldn't even get any medication you were already taking for that matter. Sure they managed to keep the outbreak in the province of Hubei, where Wuhan is located, but anyone who wants to applaud the way they did it is a fascist.


Remember the time a WHO senior official cut off his interview with a reporter when she implied that Taiwan was independent from China?
pic.twitter.com/s10t0kgvKW

Meanwhile Taiwan actually did handle the pandemic well, but there was that instance where the guy from WHO just hung up when she mentioned Taiwan, the Taiwanese journalist called back. She asked again and he said "we've already talked about China's response and how good it was." No. Taiwan is not China. Hong Kong is not China. Tibet is not China. Mongolia is not China. East Turkmenistan is not China. And while we're at it neither is Nigeria or the Caribbean.

#武汉肺炎 #WuhanCoronavirusOutbreak #Coronavirius
my brother in law and her parents all infected wuhanvirus. Her dad ‘s situation is more servers and was sent to No 1 hospital in Wuhan yesterday night. She and her mum are in fangcang in Hanyang at the moment. A video she took! pic.twitter.com/2k8pfKnj8h

Remember in January and February when Schumer and Pelosi and Cuomo were saying Trump was racist for closing border to China and telling poeple "https://newyork.cbslocal.com/2020/03/30/coronavirus-noam-bramson-new-rochelle-bill-de-blasio-andrew-cuomo-new-york-city/">"hey get out, leave your house, don't stay home, go to chinatown for lunar new year!"

Refusing to compromise will simply damage us all. https://t.co/vEPRKagOdy

We never hear about that when people talk about how awful Trump's response has been. That or the fact Pelosi and co wouldn't pass the second stimulus bill and wanted to recess Congress early entirely just so they could see that there is nothing Trump has a chance to sign or veto for the rest of his term. Petty and hurtful to common people. Even Wolf Blitzer called Pelosi on this. "I clothe those people, I feed those people!" she shrieked. This same woman whose district has tent cities, feces and needles in the streets meanwhile she vlogs her quarantine life with her multi-thousand dollar freezer filled with months worth of ice cream.

But anyway, I do digress, to put a fine point on it just raise a glass of Aussie wine along with me to show we support not only Australia but all the many countries whose national integrity and cultural identity, and in some cases religion and overall way of life, is threatened. Cheers to the Australian wine industry.
Share this article