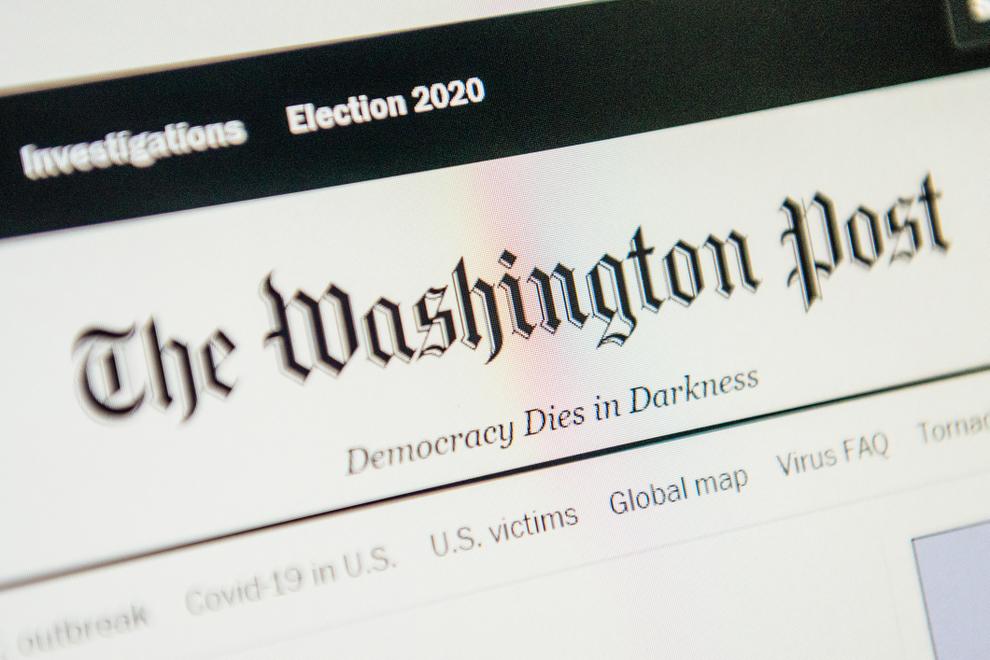 Democracy dies in an autocorrect error?

It all started innocently enough. Olivia Katbi pointed out that a quote from the Democratic Socialists of America (DSA) related to support of Palestine was automatically changed to alter "Palestine" to "Palestinian territories." It may be a small quibble to some, but for a people who have been increasingly marginalized over the past century or so, fighting for legitimacy (or at least the belief that they are a people who had and still do deserve a homeland) the distinction between Palestine, as a state, a culture and a people is already under attack in many mainstream outlets.

Is That Really the Way It is? Cronkite, Spin and Flagging Faith in the Media

Tacit admission by @washingtonpost copy editor that there’s “an auto correct at WaPo that targets all instances of the word Palestine” is going about as well as expected pic.twitter.com/d3d19hPsic

When Katbi pointed out the curious quote error, asking "Are they not allowed to say Palestine in the Washington Post" she got a reply... briefly that is. Vanessa Larson, multi-platform editor for WaPo jumped into the fray:

We appreciate your pointing this out! It is not Washington Post practice to change quotes; this stemmed from an autocorrect-type technical error during editing.

Wait, what was that again? If WaPo has "autocorrect-type" automated "errors" subtly guiding ideology, this doesn't bode well for the once highly respected media outfit now owned by Amazon's Jeff Bezos who, of course, has done contract work for the CIA. A conflict of interest that specifically goes against the ethical principles laid out in the 1979 Washington Post reporter's desk reference guide that I was given by my great second cousin Cyril, a former reporter and professional editor himself. A lot has changed apparently in the past 4+ decades.

Adam Elmahrek reached out to Larson to clarify asking if this "auto correct" enforces change in every instance of the word "Palestine" that comes up in Post reporting. Larson points out they have "style tools that flag things" and points out that "normally nothing should be changed automatically." Then going on to point out that, automated journalism, especially based on an ideologically warped algorithm.

Elmahrek follows up thanking her for the response then asking if the word Palestine is "lumped into an auto-correct function that flags obscenities like the F word or the N word?" Apparently at that point someone with a higher pay grade at the Post pointed out that the "explanation" regarding the automated spin built into the Post's platform and she deleted the previous tweets regarding the mysterious automation behind the scenes at Bezos' news outlet.

Within hours of that, Post employee David Weigel, also first offering thanks for pointing it out, says the quote shouldn't have been altered. At this point, with Larson's previous explanation of what happened, not clarified, but deleted we seem to have competing narratives on exactly what went on. Equally odd, the article by Weigel with the incorrect tweet is "corrected" at the bottom of the article with a reference to a "technical error" as the root of the problem. As for why this correction is at the bottom of the article after the end whereas another correction to the story appears at the top of the page before you begin reading is anyone's guess.

Cool. I've got a question though. Why does that correction get buried at the bottom when there's already a correction area at the top of the article? pic.twitter.com/u9XOlYAv9v

To be fair, WaPo wouldn't be straying far from the 2016 Associated Press Style Gudie regarding use of the word "Palestine." It point blank exposes the full bias pointing out that neither Palestine, nor "state of Palestine" are to be used as "it is not a fully independent, unified state." NPR meanwhile has a practice they employ to refer to Palestinians as "the people," and "Palestinian territories" as "the land," Palestinian authority as "governing body." This despite the "governing body" of "the land" having announced in 2013 they would use "State of Palestine" on official documents.

For comparison here’s what the 2016 edition of AP Stylebook said pic.twitter.com/0WtKS2Ut33

Now maybe you don't care about Palestine, but I guarantee you that this bit of bias is not a singular situation. Far from it, I believe this likely extends to several other issues and not only are the persuasive and manipulative tactics of WaPo, AP and NPR disturbing but automating this baked in bias? That's a recipe for disaster. "Democracy dies in darkness" indeed.

It is with sad regret to inform you that DataList.biz is shutting down. We have made all our databases available for you at a one-time fee.

You can visit us on DataList.biz

Hello, did you know that there are 241,120 internet directories in the world.

These websites are what drive traffic to YOUR business.

Your website thegoldwater.com is listed in only 48 of these directories.

Get more traffic for your Global audience.

Our automated system adds your website to all of the directories.

You can find it here: getlisted.directory/thegoldwater.com

Act today, and we will expedite your listings and waive the processing charge!

We have a special going on. Use "FRIENDS" on checkout for a 50% discount valid today.

The Moonies, The CIA & The Shinzo Abe Assassination

The White House Will Tell You What You Heard

The Moonies, The CIA & The Shinzo Abe Assassination

The White House Will Tell You What You Heard

MK-Ultra and the July 4th Shooter

Kai the Hitchhiker and the Children of God Child Abuse Cult

Just Another BRICS In the Wall

Careful What You Wish For

En Vogue to Hate America? We Think Not.

No, Robert “Bobby” E. Crimo III Is NOT a MAGA Guy