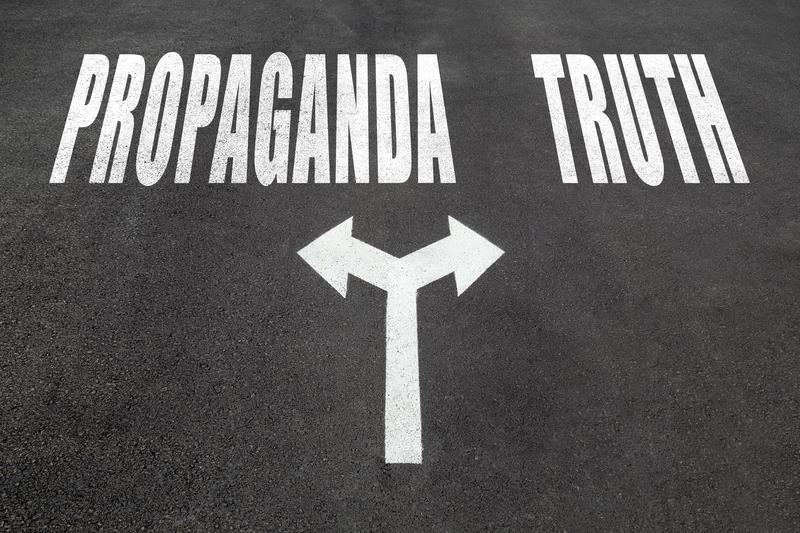 I suppose there comes a point in time when any mainstream journalist realizes that in order to continue to work they have to toe a line. There is a question as to whether they're the ones actually originating the propaganda that is promulgated daily through the mainstream/monopolized media. Caitlin Johnstone makes a good argument for them being only slightly aware of the culture of narrative shaping they're participating in.

Is That Really The Way It Is? Cronkite, Spin & Flagging Faith In the Media

After all it's the oft aligned corporate, security state and Silicon Valley interests who are working daily on managing information's flow to shape the perception of the masses. These powers along with the media monopolists, that handful of folks running the conglomerates, have an outsized influence on the information that's put out on the news wires. From AP and Reuters down the news that is covered and how it's covered is micro-managed. This leaves a tiny handful of people controlling what's fed to the news organs themselves. Add the sway of a handful of influential PR firms, think tanks, policy institutes and NGOs funded by billionaires who develop close connections to media, tech and the government.

Caitlin Johnstone cites Moon of Alabama reporting on a New York Times job posting. They make it quite clear in the posting the parameters for employable reporting on the topic of Russia. Obviously you know the overarching narrative and can surely improvise upon the theme from there once you've been given your clear talking points.

If you ever wondered why most US/UK media coverage of Russia is garbage, take a look at this job advert from @nytimes. Pretty clear that any applicants who would like to cover Russia objectively & fairly won't be considered.

And that's partially why things are as they are... pic.twitter.com/M7IXdnSafW

"Vladimir Putin’s Russia remains one of the biggest stories in the world.
It sends out hit squads armed with nerve agents against its enemies, most recently the opposition leader Aleksei Navalny. It has its cyber agents sow chaos and disharmony in the West to tarnish its democratic systems, while promoting its faux version of democracy. It has deployed private military contractors around the globe to secretly spread its influence. At home, its hospitals are filling up fast with Covid patients as its president hides out in his villa.
If that sounds like a place you want to cover, then we have good news: We will have an opening for a new correspondent as Andy Higgins takes over as our next Eastern Europe Bureau Chief early next year."

In case you thought this was a one-off, The Africa Report points out a similarly transparent job posting for a new Nairobi desk chief.

"Twenty years ago, journalists scrutinized Bill Gates’s initial foray into philanthropy as a vehicle to enrich his software company, or a PR exercise to salvage his battered reputation following Microsoft’s bruising antitrust battle with the Department of Justice. Today, the foundation is most often the subject of soft profiles and glowing editorials describing its good works.

“During the pandemic, news outlets have widely looked to Bill Gates as a public health expert on covid—even though Gates has no medical training and is not a public official. PolitiFact and USA Today (run by the Poynter Institute and Gannett, respectively—both of which have received funds from the Gates Foundation) have even used their fact-checking platforms to defend Gates from ‘false conspiracy theories’ and ‘misinformation,’ like the idea that the foundation has financial investments in companies developing covid vaccines and therapies. In fact, the foundation’s website and most recent tax forms clearly show investments in such companies, including Gilead and CureVac.”

Then again, I guess you can purchase a lot of goodwill for a quarter billion dollars worth of "charitable grants" funding journalism from a plethora of newsrooms like BBC, NBC, Al Jazeera, ProPublica, National Journal, The Guardian, Univision, Medium, the Financial Times, The Atlantic, the Texas Tribune, Gannett, Washington Monthly, Le Monde, and the Center for Investigative Reporting. Gates Foundation also funds charitable organizations that often funding journalists and news outlets. The Gates Foundation even puts some money in the offering plate at the Pulitzer Center on Crisis Reporting, the National Press Foundation, International Center for Journalists and several more.

Schwab's reporting especially takes aim at the way NPR and some other outlets don't even bother to disclose the relationship they have when reporting on Gates Foundation or using Gates Foundation sources. Gates Foundation money even created the Leo Burnett Company, an ad agency that operates a "'news site' to promote the success of aid groups." Oh, you mean the kind of reputation laundering mills that the likes of Bono and Bill Gates are so fond of? Quelle coincidence... Ordinarily this type of behavior would be heavily frowned upon but who is going to bite the hand that feeds? One of the first things I learned in Sociology 101 was know who is funding you. And it's the same outside of academia.

Schwab also wrote "Bill Gates's Charity Paradox" for The Nation where he pointed out the curious coincidence related to how many charitable grants for journalism were specifically earmarked for coverage of global health and education. You know, the specific areas the Gates Foundation would most need puff pieces written on.

Schwab delves into the incestous relationship between Gates Foundation "philanthropy" aimed at companies it invests in like Merck, Unilever and Novartis.

Earlier this year, Schwab wrote the piece “Bill Gates’s Charity Paradox” for The Nation which documents how the Gates Foundation has given hundreds of millions of dollars to companies it is invested in, including Merck, Unilever and Novartis. It also documents how the Gates family and Foundation’s assets continue to grow, “raising questions about the long-term influence of billionaire philanthropy” in politics.

Schwab mentions various sources newsrooms are appealing to or being granted from: Broad Foundation, Charles Koch for instance, or Rockefeller Foundation funding Vox's Future Perfect reporting project on philanthropy. Another article from CJR points out how between 2009 and mid-2016 foundations have given over a billion dollars to journalism projects in the US. The crux of the article is distilled in one of the first few paragraphs:

"We found that the impact of foundations on journalism parallels that of advertisers throughout the 20th century, with one important distinction: funding from foundations is often premised on editorial influence, complicating efforts by journalists to maintain the firewall between news revenue and production."


It's interesting to me that most of the CJR article is focused entirely on the Gates Foundation and apart from pointing out how odd it is that a man with no medical experience is lauded as an expert in vaccines that he has economic incentive to push, Gates comes through fairly unscathed. This despite the fact that Gates lied about his close relationship with the child trafficker.

Despite claiming he had no relationship with Jeffrey Epstein, he flew on Epstein's jet multiple times and had many personal meetings including at least three at Epstein's Manhattan mansion. One of the meetings included Eva Andersson-Dubin, a billionaire who had dated Epstein in the 1980s, and her then-teenage daughter. Shortly after that first meeting, Gates emailed a colleague about the occasion. New York Times reported on the email last October regarding Gates saying that "a very attractive Swedish woman and her daughter dropped by and I ended up staying there quite late."

A Gates spokesperson claims that there was no personal or business relationship between the two. They had met, for whatever reasons, as recently as 2013. Years after he was outed for his prolific pedophilic activities. Gates' spokesperson also explains away his appearance in the flight logs as he wasn't aware that it was Epstein's plane.

Gates even made donations to MIT through Epstein as a proxy. Despite the fact that certain members of the Gates Foundation ruling body were afraid the connection with Epstein could tarnish the Foundation's reputation. Others were also a bit skeptical of his claims to be able to tap into trillions of dollars for charity. Despite all this, at least two senior Gates Foundation employees kept in touch with Epstein up until 2017.


New York magazine at least bothered to ask the pertinent question of why Bill Gates, no stranger to MIT grants, would choose to funnel his money to MIT through Epstein.

With more and more stories about newsrooms slashing their rosters reporters have far less job security than in the era of traditional media's "decline." CNN alone liquidated nearly 8,000 positions in 2019 alone. The trend of outlets like Vice going under then kept afloat by the likes of George Soros & the Open Society Foundation has been a constant the past few years.

As job security decreases, the power editorial boards have over the areas that reporting deals with will also decrease. More and more newsrooms are taking money from the same hands that feed our politicians and it's no secret that despite the rise in "advertorials" like Vice and others resorted to there continues to be fewer decent paying spots. Whether one takes the hint and continues to do so or not is likely a strong factor in who keeps the few available spots on the masthead.

As Johnstone puts it:

"The fast and easy way to get rich and famous has always been to promote the interests of the powerful. This is as true in every other sector as it is in media. For this reason, those who pour their energy into criticizing existing power structures and shining a bright light on their dynamics aren’t likely to be living in fancy mansions or going to ritzy parties any time soon, while those who do the opposite actually will."

A friend and I were discussing the premise of this recently. How many journalists turn up and read their autocue without question and don't really think about, or care about, the content. How many believe the news content they are delivering. How many independently investigate the stories coming off the wires from the likes of Reuters, AFP etc. We suspect the answer is, not many.

>>95240
For most of them, it's just a job. I'd bet a good portion started out buying into the idea of a reporter uncovering truth, but once you get saddled with those student loans in a shaky job market it's probably easier to put the blinders on.