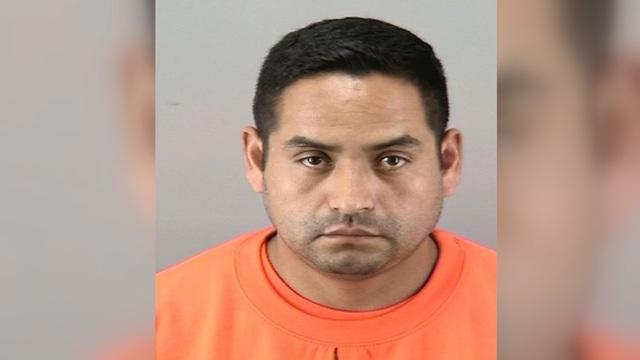 Law enforcement agencies in the “Sanctuary City” of San Francisco, California say that they've apprehended an illegal alien dubbed the “rideshare rapist,” who once was a driver for the e-taxi service company Lyft, accusing him of picking up and sexually assaulting numerous customers, and the Immigration and Customs Enforcement (ICE) agency is furious.

The case made headlines last week in California when the media proclaimed the suspect, 37-year-old Orlando Vilchez Lazo, was a serial rapist who would wait outside of bars and popular nightclubs where he would disguise himself as a driver for the popular vehicular transport service Lyft, and prey upon the victims once they were within his reach.

<strong><span style="color:red;">"If You Think They Are Going To Give You Your Country Back Without A Fight, You Are Sadly Mistaken.”~ Steve Bannon</span></strong>

The San Francisco Police Department says that after several reports of similar attacks occurring in downtown San Francisco, they formed a task for to bring down the serial sexual offender they'd later dubbed the “rideshare rapist,” with a carefully devised ploy to go undercover.

The task force then went undercover with a surveillance operation every weekend in downtown San Francisco, where they also monitored rideshare vehicles in hopes of discovering the culprit responsible for the heinous crimes against women.

On July 7th, the undercover officers noticed what they considered to be “suspicious behavior” from a rideshare driver, which led to the driver willingly submitting a DNA sample to police.

After a forensics test showed a positive match to at least one rape that had occurred a month prior, law enforcement was hot on the trail of Lazo, who they believed was their suspected “rideshare rapist.”

Once locating Lazo this week, he was taken into custody by the San Francisco Police Department on Thursday, where he now remains incarcerated pending additional charges and arraignment.

Upon investigating Lazo, police learned he was, in fact, an illegal immigrant, inside the United States of America unlawfully, which resulted in ICE placing a detainer on the “rideshare rapist,” to face deportation after he serves time for his current criminal charges.

The Immigration and Customs Enforcement (ICE) agency say that Lazo is an illegal alien from Peru, who was employed with a rideshare service at one time.

Orlando Vilchez Lazo was employed with Lyft, but the company claims they previously terminated his position when “alarming revelations” came to light, albeit they did not go into detail as per what those accusations were.

At least four of those sexual assaults can now be proven as commuted by Lazo, with DNA samples via forensics testing, where Lazo would take the victims to various locations and commenced to sexually assault them.

One of the cases dates as far back as 2013, when police proclaimed Lazo would engage in similar practices to prey upon a woman near San Francisco, raping her and then abandoning her.

The second case, which has been confirmed by DNA evidence as well, occurred in February of 2018, where another victim was picked up by Lazo and forcefully raped, only to be abandoned after the crime.

In each of those confirmed rapes traced to Lazo, the victims were waiting outside of a nightclub or bar awaiting the ride service when Lazo would approach them under the guise of being their Lyft driver.

The victims would enter the vehicles, unknowing of Lazo’s plan, where he would lock them inside and drive to various locations he'd pre-selected to commit the rape.

In June, a third sexual assault victim came forward with a similar story that happened in May, which forensic analysis of DNA left behind from the crime has now matched Lazo.

The horrific cases have left many other victims of similar circumstances, in which most have yet to be traced back to Lazo.

Also in June, the San Francisco Police Department was able to link DNA from a fourth rape to Lazo, which in turn means he will now face charges for at least four felonious kidnapping and rape attacks.

While it's fantastic that law enforcement made an arrest in this case, that no doubt protects additional women from suffering the same tragic occurrence, <i>it could have been prevented in the first place had California not engaged in “Sanctuary State” policies for illegal aliens.</i>

Lazo should have never been in the United States of America, and President Trump has consistently earned Americans about the very real threat that illegal aliens pose to our civilization and society as a whole.

Democrats will claim men like Lazo are escaping tumultuous economic conditions, and simply coming to America to seek refuge, but that clearly isn't the truth.

Reading liberal media outlets reporting on Lazo is a disgrace, where they attempt to attack ICE and defend San Francisco’s policies.

<blockquote>”It’s unclear, though, how Vilchez Lazo’s case or his immigration status relates to the city’s law that prohibits cooperation between local law enforcement and ICE in certain cases.</blockquote>

<blockquote>“ICE has made this case about sanctuary laws and immigration status, and that has nothing to do with the charges that are being brought by the district attorney,” said Deputy Public Defender Eric Quandt, who represented Vilchez Lazo on Tuesday.</blockquote>

I'm not sure how the San Francisco Chronicle views it as “unclear how Vilchez Lazo’s case or his immigration status relates to the city’s law that prohibits cooperation between local law enforcement and ICE in certain cases,” because it's perfectly clear to me.

If San Francisco had not engaged in protecting federal criminals, these women would not be victims of rape.

This is disgusting, but we expect nothing less from Democrats.

To suggest that preventing ICE from deporting an illegal alien is somehow acceptable is absurd in and of itself.

Any criminal alien in custody is supposed to be handed over to ICE Agents by local police departments and county jails that are supposed to notify ICE 48 hours prior to release, but California refuses to do this.

You can also contact your elected officials and demand they cut off federal funding for sanctuary cities, and finance the border wall.

Police say Lazo is being held on a $4 million dollar bond, but they're worried there may be additional victims in the case.

If you or anyone you know has any information about Lazo, or have suffered a similar experience in the area, you're urged to contact the San Francisco Police Department by calling 415-533-1521 where you can speak to a Detective directly.