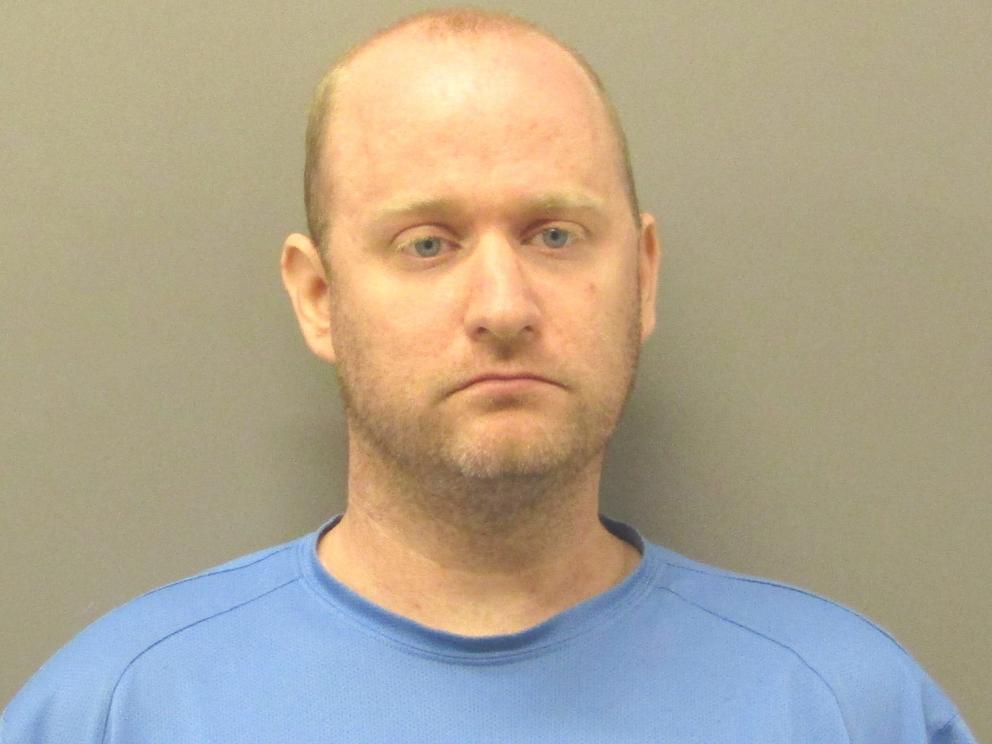 Law enforcement in Hot Springs, Arkansas say that they've apprehended a suspected pedophile, on 60 felony charges, who they believe is responsible for a child pornography distribution ring which sexually exploited children; and shockingly, the evidence was found on computers belonging to the First Church of the Nazarene.

33-year-old Stephen M. Child-Beckowitz, of Hot Springs, Arizona, was employed at the First Church of Nazarene on 3804 Central Avenue, where he worked as a custodian, according to<a href="https://www.thv11.com/amp/article?section=news&subsection=crime&headline=former-hot-springs-church-custodian-facing-over-50-counts-of-child-pornography-related-charges&contentId=91-579003336"> local CBS affiliate THV Channel 11</a>.

The case began when the First Church of the Nazarene contacted the Hot Springs Police Department’s Officer Rod West and Cpl. Kenny May to report that they'd discovered explicit child pornographic images depicting the forced sexual assault of prepubescent children on a computer located within the church, which was commonly used by custodian Stephen Child-Beckowitz.

One of the employees within the church said that they'd installed ActivTrak, a software which allows the administrator to track who is on the device at what specific times, and that it showed the usage as being tied to Child-Beckowitz.

The ActivTrak software also takes screenshots of what the person using the device is doing, and that was given to the Hot Springs Police Department as evidence.

Later, Corporal Joey Wilson of the Hot Springs Police Department said that evidence prompted their Detectives to seize the computer from the sound booth located in the sanctuary of the church, and would locate Child-Beckowitz working inside the sound booth on the day they took the computer.

After interrogating Child-Beckowitz he was allowed to remain free, at which time he told authorities they could search his home residence and willingly submitted his mobile phone and external SD card to police and agreed to come to the police station for further interrogation.

After his arrival at the Hot Springs Police Department, Child-Beckowitz then invoked his right to an attorney and refused to answer any further questions.

This prompted the Hot Springs Police Department to show up at the residence of Child-Beckowitz on Thornton Ferry Road, where police seized numerous personal electronic devices including computers, laptops, tablet, camera, camcorder, and a hard drive belonging to the suspected pedophile.

The computer from the church and the evidence collected from the home of Child-Beckowitz were then sent the computer to the Arkansas State Crime Lab for further analysis.

Upon receiving results from the computer analysis, Detectives were told that thousands of images and videos of prepubescent children were not only downloaded and viewed on the computer belonging to the First Church of Nazarene, but that they were distributed from that computer as well.

On July 30th, Child-Beckowitz was taken into custody by the Hot Springs Police Department, where he now faces 50 counts of Distributing, Possessing, or Viewing of Matter Depicting Sexually Explicit Conduct Involving a Child and 10 counts of Computer Exploitation of a Child in the Second Degree.

A press release from the Hot Springs Police Department referred to the graphic child pornography belonging to Child-Beckowitz as “disturbing,” and said that they know that he “commonly used” the church computer where the illicit images and videos were initially found.

Child-Beckowitz is being held at the Garland County Detention Center in lieu of a $150,000.00 bond, where he is set to appear before a Garland County Magistrate on August 14th.

One has to ask, how do these vile individuals find their way into the house of God, in a church, to begin with?

In the case of Child-Beckowitz, as with numerous pedophiles, they seemingly seek a career path that would allow them to be closer to children.

If you or anyone you know has had contact with Stephen M. Child-Beckowitz, or had a child that attended the First Church of the Nazarene, and may have information regarding the predator in this case, you're urged to contact the Hot Springs Police Department at

Each of the charges against Child-Beckowitz is punishable by up to ten years in prison in Arizona, making it likely he could spend the remainder of his life behind bars, where he belongs.

I seem to always be asking, how can parents of sexually abused children NOT know what is going on with their own child?! Where ARE the parents? Children's behavior often give clues which an attentive parent will pick up. As a parent myself, I would always know - just by looking at my young children - if they were coming down with a cold, or had a bad day at school. So how can a parent miss something as traumatic as sexual abuse in their child?!!

Most of these children are vulnerable children. According to FBI records 88% of foster care children are sexually abused. Then there are the illegal alien children, Under President Bush and Obama 30,000 illegal children were not followed up on and disappeared. Also our society has become so degraded that children from poor or homeless parents are being sold by their parents for drug money. It is absolutely appalling the epidemic in child sex trafficking happening in the US. The massive porn sites on the internet is the primary source of this barbaric worldwide epidemic. Billions of dollars are being made. We must do a much better job protecting the parentless children in the US and we need to stop protecting the Child Protective Services worker who places children with pedophiles and leaves them with the monsters even when the child reports the abuse.

In the 2nd paragraph, it incorrectly states Arizona.

Oh my god, what are we doing to our kids these days. Are we that nieve? Thanks be to all of the law enforcement folks for getting the job done! Thank s be to Prsident Trump and his very focused team working very hard to adradicate these individuals, but these laws mut be alot stricter! Any of this behavior should net these sick ppl a LIFE SENTENCE WITOUT EVER GETTING PAROLE!

Oh my god, what are we doing to our kids these days. Are we that nieve? Thanks be to all of the law enforcement folks for getting the job done! Thank s be to Prsident Trump and his very focused team working very hard to adradicate these individuals, but these laws mut be alot stricter! Any of this behavior should net these sick ppl a LIFE SENTENCE WITOUT EVER GETTING PAROLE!