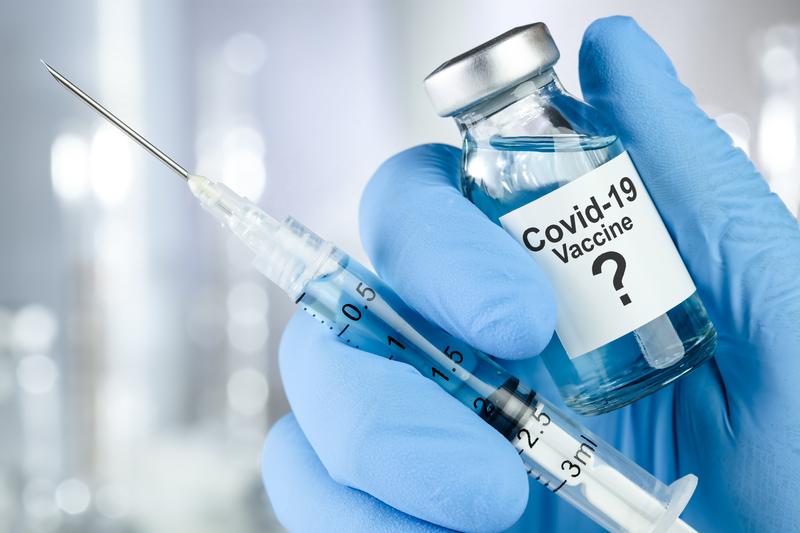 Black Panther star Letitia Wright faced tremendous backlash recently after sharing a video about potential dangers of the coronavirus vaccine. The video by brothers Tomi and Tobi Arayomi has been deleted by YouTube but in addition to being blasted as anti-vaxx the video was reported as being transphobic for bringing up how someone "genetically born a male" will never be biologically female.

Marvel's Letitia Wright has left social media after being bullied & harassed by the cancel mob.

SJW's are telling Marvel to fire her for being an "Anti-vaxxing transphobic bitch."

Cancel culture abusing a religious black woman bc she was concerned about a vaccine. pic.twitter.com/qLlMop3iDP

Wright refused to back down initially posting, "If you don't conform to popular opinions. but ask questions and think for yourself... you get cancelled." Afterwards she tried to clarify her reason for posting the video saying she didn't intend any harm but only wanted to point out her "concerns with what the vaccine contains and what we are putting our bodies."

Ironically, until days ago Dr. Anthony Fauci had expressed some concern with the UK's "rushed" roll-out of the Pfizer vaccine as well. He has since apologized.

Meanwhile, there are certainly still concerns about the vaccines that Pfizer, Moderna and others have developed and announced in the past few weeks. The Moderna vaccine, according to Sciencemag.org, prevented "severe COVID-19" in most who received the shot. So in other words, the vaccine doesn't necessarily prevent the virus? Concern about the AstraZeneca vaccine being rushed to market has also made news. At least two participants in the British vaccine trials who received the shot developed serious neurological illnesses afterwards.

One potential side effect of the AstraZeneca vaccine was an inflammation of the spinal cord known as transverse myelitis which can cause weakness in the limbs, paralysis, pain and bowel and bladder issues. "If a third case of neurological disease pops up in the vaccine group, then this vaccine may be done," Mark Slifka, vaccine expert at Oregon Health and Science University told the New York Times.

I’m surprised at the amount of black people bashing @letitiawright especially when we consider the relationship between the scientific community & blackness. Most famous example being the Tuskegee Experiment pic.twitter.com/j9bkK8aCZH

AstraZeneca is claiming that the two cases of neurological illnesses were "unlikely to be associated with the vaccine." The FDA however refused to allow tests of the vaccine in the United States and an FDA spokesman stated that it "remains to be seen" whether the conditions were connected to the vaccine or not.

Meanwhile in India a man is suing after the University of Oxford/AstraZeneca vaccine experienced severe side effects. Serum Institute of India nor the Indian government or regulatory agencies have released many specific details. SII currently is signed to an agreement with the Bill & Melinda Gates Foundation to produce tens of millions of doses per month of the vaccine whose efficacy has been listed in a range of 62%-90%. Like the two cases in the UK, the business consultant from Chennai developed a severe neurological condition and spent 15 days in the hospital, 8 of those in intensive care.

Meanwhile, the British Medical Journal warns that the phase III trials underway for multiple coronavirus vaccines are not set up to prove that you will reduce likelihood of serious illness, much less preventing infection and transmission of COVID-19. Once again, the issue of transparency was brought up. BMJ warns:

"Yet until vaccine manufacturers began to release their study protocols in mid-September, trial registries and other publicly released information did little to dispel the notion that it was severe covid-19 that the trials were assessing." Meanwhile, "hospital admissions and deaths from COVID-19 are simply too uncommon in the population being studied for an effective vaccine to demonstrate statistically significant differences in a trial of 30,000 people," according to chief medical officer at Moderna, Tal Zaks.

So we don't know that the vaccine will keep you from getting sick. Zaks also admits that "our trial will not demonstrate prevention of transmission." Well, that's helpful. BMJ also points out how "history shows many examples of serious adverse events from vaccines brought to market in periods of enormous pressure and expectations."

At least there's only a small likelihood of spinal cord swelling and serious neurological conditions being developed, right? Well, unfortunately no. Swelling, pain, redness, aches, fever, nausea, vomiting and other symptoms of reactogenicity have been reported from people who received the Pfizer and Moderna vaccines. In rare cases, (around 2%, or about four times the likelihood of your contracting COVID) after inoculation, subjects experienced soaring temperatures of up to 104 degrees Fahrenheit. Depending on the side effect, some 2% to nearly 10% of people who received the vaccines developed "severe" side effects, defined as being debilitating enough to prevent daily activities.

Flawed Vaccine Science: By Mistake or With Intent?

Vaccinologist Deborah Fuller with the University of Washington - Seattle worries that side effects of the vaccine could affect public perception, especially with side effects being "glossed over" in media coverage.

Though Dr. Fuller optimistically claims "it's not going to cause any long-term issues" this despite the journal of the American Association for the Advancement of Science (AAAS) pointing out that theoretically long term side effects of mRNA vaccines are possible especially for certain populations, such as people with lupus, which affects antibodies acting against the body's own genetic code.

The vaccines, by the way, result in higher rates of negative side effects than even high-dose flu vaccines. So despite the fact that the vaccine may seriously make you ill for days and doesn't guarantee you won't develop severe coronavirus, much less preventing transmission several doctors and studies (several who, coincidentally are funded by the major vaccine manufacturers themselves who have an enormous financial stake in pushing the jab) are urging us to line up for our shots. Please excuse me if I remain skeptical until a vaccine that actually prevents contraction and transmission of the disease exists.

I wasn't able to see the video that Letitia Wright shared before it got pulled from YouTube, so I can't make a statement as to whether it was completely baseless or irresponsible. That said, pushing the idea that even the vaccines listed as "90-95% effective" will prevent the virus or keep you from spreading it seem to be enough of a concern that, especially if, like Letitia, I was British-Guyanese. If Fauci's initial concern about the British rollout is valid, and some major concerns about the actual efficacy of the vaccines bears that out, then it looks like the UK could be a testing ground for AstraZeneca. Meanwhile, just earlier this year in Africa "wild poliovirus" was eradicated... despite vaccine-derived polio persisting on the continent. Issues like these are far more likely for concerns in the third world about receiving untested vaccines, despite claims that Facebook anti-vaxxers are responsible for any pushback.

Why is Jenny McCarthy still famous when she was the one that essentially popularized the anti vax movement? Like why is she still on TV shows? Why did we not just all collectively be like, "fuck her."

Let's Talk Epidemics: Are Guns Less Lethal Than Sugar, Soda and Going to the Doctor?

Meanwhile, some have pointed out the disparity in the way Wright was treated as compared to arguably more famous "anti-vaxxer celebs" or celebrities who have shown concerns about vaccines such as Jenny McCarthy, Jim Carrey, Rob Schneider, Jessica Biel and others. Meanwhile, many of said celebrities haven't even expressed a firm "anti-vaccine" standpoint, merely claiming they want to raise awareness about the risks of vaccines. In a country with such a powerful pharmaceutical lobby where misdiagnosis and taking medications as prescribed can result in tens or hundreds of thousands of deaths are saddled with the description of dangerous vaccine denialist.

I believe that when people like Dr. Fuller optimistically claim: "it's not going to cause any long-term issues", or others claiming the vax is "95% effective", they are not speaking about the health of the population. They are speaking about how effective it will be for them to carry out their long term plans, and their perceived effectiveness to carry those out regardless of the harm caused to their livestock.
Thanks for all you do guys. I appreciate the comment section and not having to sign on with social media.