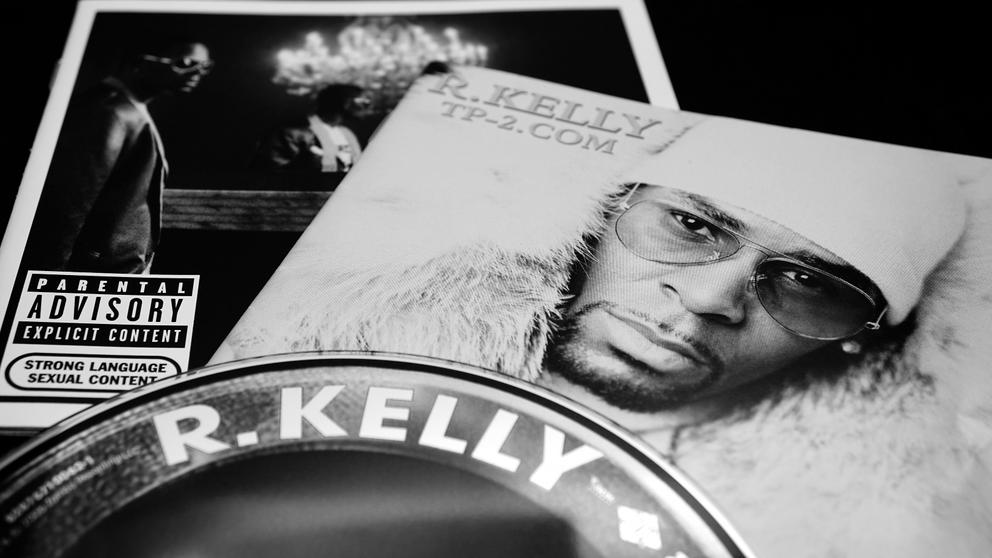 R. Kelly is facing life in prison for his decades of crimes against women and girls. The charges include racketeering and sex trafficking Kelly has been a notorious abuser since the 1990s when video evidence of him performing a sexual act on a 15 year old surfaced. Despite such incontrovertible evidence, Kelly was allowed to remain free and his crimes apparently only continued to escalate. In recent years, the Surviving R. Kelly documentary series and numerous news stories suggested the R&B singer ran something of a cult of personality and had numerous women and young girls ensnared practically as sex slaves.

Allegedly R. Kelly is threatening to throw other people in the music industry under the bus since he is facing 100 years in jail. 🤔🤔🤔🤔🤔

According to "an insider" close to the situation, Robert Kelly is attempting to improve his chances of ever seeing the outside of a prison cell by "snitching" on other high profile pedophiles in the music industry. Some Twitter users have taken to using the hashtag #RTelly to refer to the rumors. The inevitable Epstein jokes and warnings that he may end up dead in his cell if he were to say the wrong thing about the wrong people are also making the rounds.

Niggas is calling RKelly #RTELLY and I'm dead. Live footage of kells talking to d.a.👇🏾the c.o. the judge, his celly or anyone who will listen. pic.twitter.com/GnEys31ErI

As far as who might be the target of Kelly's alleged threats, some have surmised it could possibly be the rapper Drake. Drake faced some controversy when Kelly appeared on a co-writing credit on the Canadian rapper's most recent album.

Much of the evidence pointing to Drake being a potential predator remains strictly circumstantial, for instance an interview where he names as his three favorite filmmakers Roman Polanski, Woody Allen and Victor Salva all of whom were accused of raping underage girls. That said, this sort of tenuous connection is far from the only information out there that seems to point to the possibility that the former child star may have a dangerously deviant streak.

I don’t understand how @Drake top 3 are all pedophiles and he doesn’t see a problem with it. He must be a huge r Kelly fan then too. https://t.co/5mV1WuW8Tb

Rumors related to Drake are by no means anything new. Last Spring the rapper in his mid-30s finally seemed to address the controversy related to his friendships with then-14 and 17-year olds Billie Eilish and Millie Bobbie Brown. https://www.papermag.com/drake-billie-millie-texting-2645362897.html

In the song in question he also made a reference to Michael Jackson and "kids" which even some fans thought was ill-advised considering inappropriate behavior with underage girls which also includes being caught on video "kissing and fondling" an underage girl about half his age.

Drake also raised controversy last year revealing in lyrics that he "used to date SZA back in '08." Musical artist SZA quickly unfollowed him on Instagram, but what was more concerning to many was the fact that the performer would havfe been 17 or 18 during the year in question.

For some this brought to mind the case of R. Kelly's sexual abuse of singer Aaliyah when she was just 13 or 14. As for whether Kelly actually has any inside dirt on other performers remains to be seen and even if he does the possibility that it could be Drake still remains purely speculative but for many the personal connection between the two as well as the years of rumors and evidence that Drake used his power and fame to engage in abuse of underage girls has made for quite the hot gossip in certain circles. Others have put forth rapper Chris Brown, who has also been accused of inappropriate behavior around young girls and multiple cases of violence against women, but only time will tell if any of these claims end up panning out.

Meanwhile, accused rapist, Bill Cosby apparently feels R. Kelly was "railroaded." Cosby who was released on a technicality despite admitting using Quaaludes and fame to bed women against him were based in fact would likely do well to keep his opinions to himself especially when it comes to the case of a similarly rich and powerful man accused of serial rape.
Share this article

how do these rich pedos keep getting away with it smh