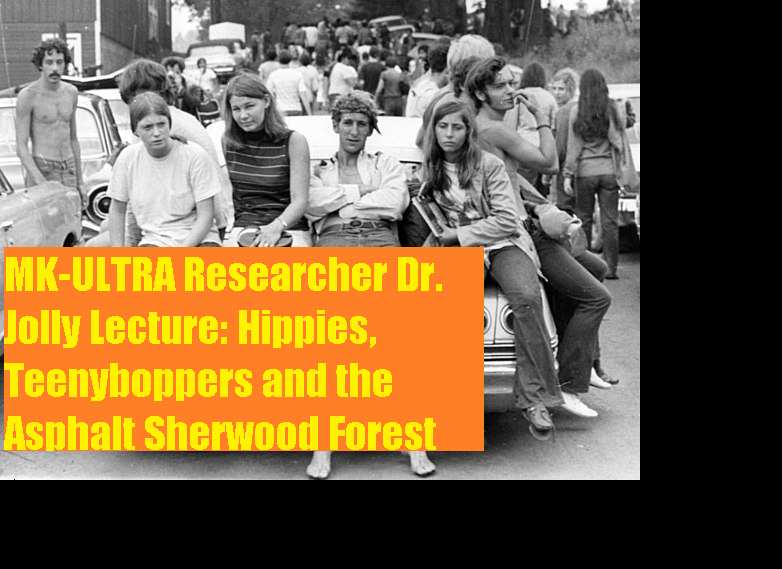 Dr. Louis Jolyon West, or "Dr. Jolly" as he was known to some was a fascinating character. Known today mainly for his work on mind control he was also involved in the civil rights movement, took part in the Jack Ruby investigation, the Patty Hearst Trial, investigated Jonestown, fought Scientology, headed the Cult Awareness Network and much more. I was doing some digging today in regards to an upcoming project that has required me to do some deep digging into rare materials, some unavailable online or only found in certain archives by request. During this search, I found this gem of an artifact. Dr. West, who was mentioned in Tom O'Neill's book on Charles Manson due to his proximity to the Haight-Ashbury scene where he had a "pad" he lived in to observe the hippies as well as "treating them" in his free clinic, gives a talk in the late 60s entitled "Hippies, Teenyboppers and the Asphalt Sherwood Forest." After a few minute intro with some background from me you can listen to it in its entirety here.

I get paid over $100 per hour working from home with 2 kids at home. I never thought I'd be able to do it but my best friend earns over 15k a month doing this and she convinced me to try. The potential with this is endless .Here's what I have been doing...…___open this link HERE.......____ 𝗪𝘄𝘄.𝗡𝗲𝘁𝗖𝗮𝘀𝗵𝟭.𝗖𝗼𝗺

My last month paycheck was 11000 dollars… All I did was simple online work from comfort at home for 3-4 hours/day that I got from this agency discovered over the internet and they paid me 95 bucks every hour. More info visit any tab on this site Thanks a lot. Open This Website↠↠↠ 𝐰𝐰𝐰.𝐰𝐞𝐛.𝐬𝐥𝐚𝐭𝐞𝟕𝟒.𝐜𝐨𝐦

Hey Guys, I'm making $4000 per month with this awesome home based system, enough for me to make a living. You don't need to invest anything, It's totally FREE! you just have to download it, here's the link ↠↠↠☛𝗪𝘄𝘄.𝘄𝗲𝗯.𝗦𝗹𝗮𝘁𝗲𝟳𝟰.𝗖𝗼𝗺

Kai the Hitchhiker and the Children of God Child Abuse Cult