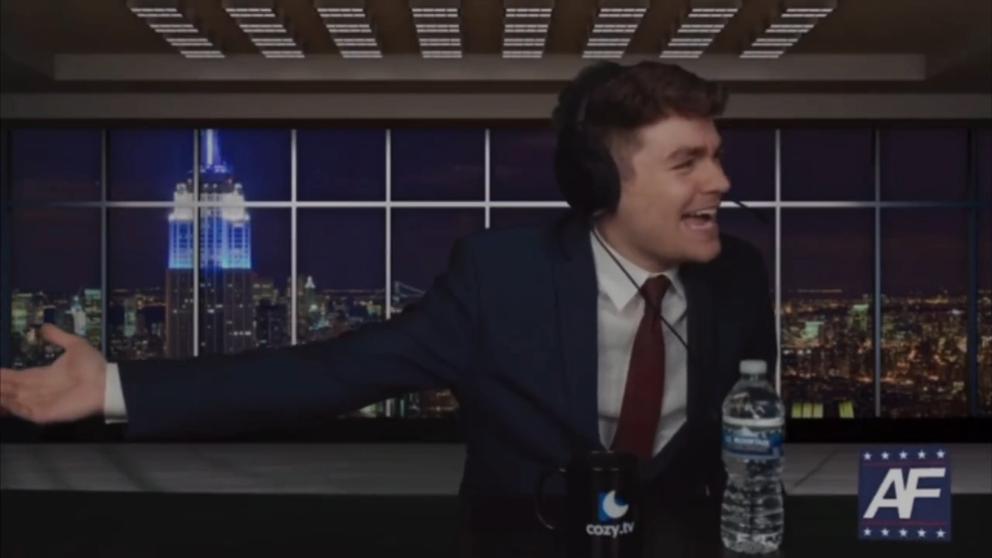 Baked Alaska may be a cooperating witness in the January 6th affair but even he can see that Nick Fuentes' jokes about not wanting to date women his own age and then comparing his desire for 14 and 15 year old girls to the Holy Spirit choosing the Virgin Mary is messed up. "Fertile womb and innocent childlike spirit" is what he's looking for and claims "15 isn't weird." Baked Alaska until recently was very much a supporter of Fuentes and America First even amidst the continuing revelations from former members like Jayden who apparently had multiple pictures of him taken while asleep by Nick when they lived together.

This is quite ironic coming hot on the heels of the "latinozoomer" a hanger-on in the America First scene being arrested for attempting a mass shooting at a Turning Point USA event and then being caught with child pornography on his phone. Fuentes has made multiple suspicious statements regarding potentially shielding pedophiles, though he alluded to Jaden McNeill being the offender in question shortly after McNeill left the group and shared multiple horror stories about the cult-like environment and other bizarre sexually charged behavior from Fuentes.