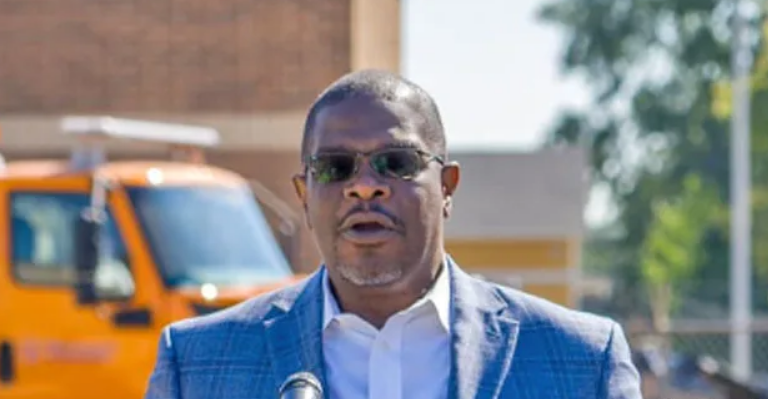 The security detail of the mayor of Harvey, Illinois, intervened in an armed robbery in Chicago, firing at the suspects Wednesday afternoon, city officials and police say.

Mayor Christopher Clark was waiting at an intersection in an SUV alongside his security detail when they observed two masked men in the process of robbing a man at a Chicago Transit Authority bus stop, according to CBS Chicago. The team decided to take action, firing at the men when one of them aimed a gun at their SUV, according to a statement from Harvey, ABC 7 Chicago reported.

I am making $162/hour telecommuting. I never imagined that it was honest to goodness yet my closest companion is earning $21 thousand a month by working on the web, that was truly shocking for me, she prescribed me to attempt it simply ,
COPY AND OPEN THIS SITE_________salaryto.com

I've made $84, 8254 so far this year working online and I'm a full time student. I'm using an online business opportunity I heard about and I'AM made such great money. It's really user friendly and I'm just so happy that I found out about it. Here's what I do for more information simply open this link thank you...........www.web.slate74.com

I get paid more than 💰$100 to 💰$700 per HOUR for working online. I heard about this job 3 months ago and after joining this I have earned easily 💰$35000 from this...A. without having online working skills .. Simply give it a shot on the accompanying site…