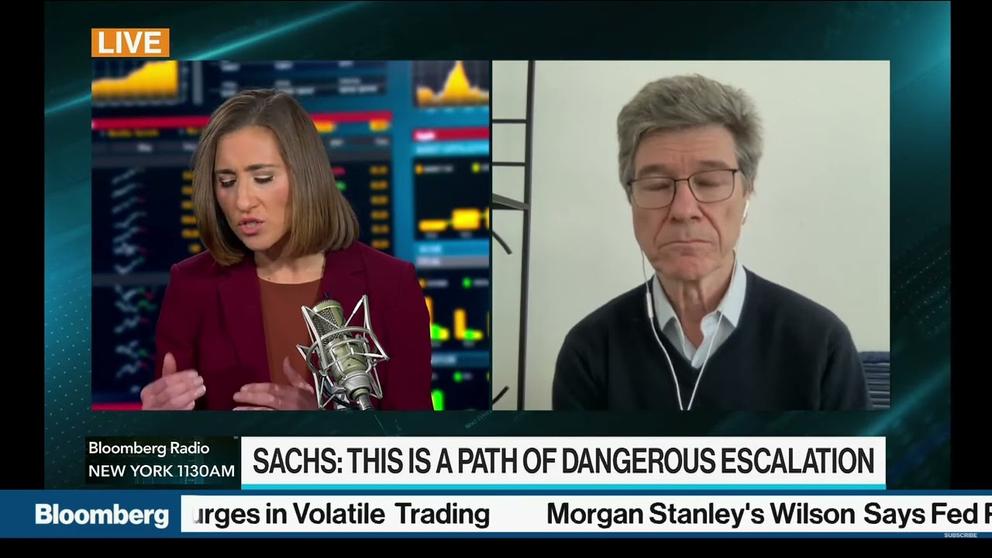 Economist Jeffrey Sachs has had a distinguished career. A Professor at Harvard, then Columbia, he has been advisor to multiple nations and adviser on economic policies and director of various initiatives. As such, it's not surprising that he'd appear on Bloomberg news. What was a surprise, including to the hosts at Bloomberg, was Dr. Sachs' candid admission that it's fairly obvious that the United States was responsible for blowing up the Nordstream pipeline. Of course we know that the U.S. was stationed on an island off the coast of Denmark right near where the event happened. Of course we know that Germany and other European nations will now be more dependent on the United States. Of course we had been using drones "to detect land mines" in that area and of course this will do nothing for Russia except hurt its ability to resume export of natural gas to Europe any time soon, but we're expected to believe that they sabotaged themselves?

Dr. Sachs is one of the few people in such a distinguished position to have stated what seems obvious to several who pay attention: that the U.S. was probably involved. For one, the CIA had "warned" ahead of the action that something might be brewing. Dr. Sachs mentions RADAR data that suggests U.S. helicopters in the vicinity at the time. Again, not surprising since we know that just a matter of days earlier the U.S. had asked permission of Denmark to station soldiers on Bornholm where the blast occurred. All this coupled with Biden making it clear that the Nordstream project would be no more if Russia invaded as far back as February.

Sachs also brings up the fact that, despite how many people believe its a possibility in the U.S. and elsewhere our media has been ignoring the possibility, calling it "baseless conspiracies." Reporter Jennifer Griffin mad it clear: "There is no evidence or indication the US was involved in any way with the Nordstream 2 pipeline explosions. My question at the Pentagon briefing today: Can you rule out that the U.S. was involved? Senior Military Official: 'Yeah, we were absolutely not involved.'" Well, that settles it doesn't it. Kind of reminds me of the classic headline about the CIA investigating itself and finding itself innocent of involvement in the cocaine trade. How did that turn out?

I'm stunned, but not surprised. We've lied numerous times before, and I respect Professor Sachs' credibility .

I get paid over $120 per hour working from home with 2 kids at home. I never thought I’d be able to do it but my best friend earns over 10k a month doing this and she convinced me to try. The potential with this is endless.
Here’s what I’ve been doing… WWW.WORKSCLICK.Com

Blood on her Hands: Another Soros-Funded Judge Facilitates Murder