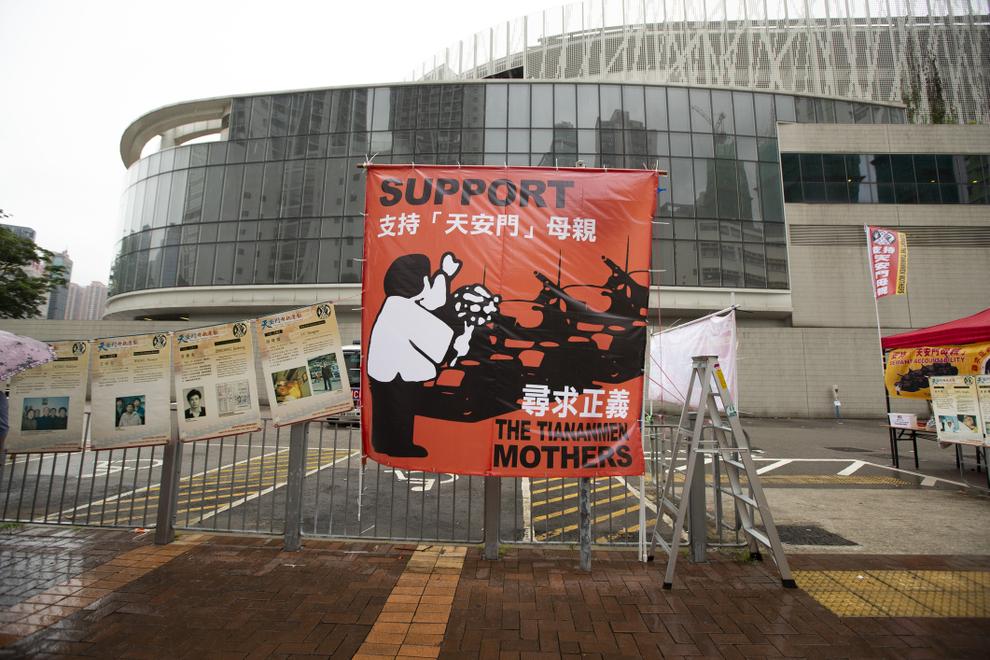 
Since 1989, Hong Kong's Victoria Park has been home to a massive demonstration each year on the anniversary of the Tiananmen Square Massacre. Until last year, that is. As was reported here at The Goldwater this June, police shut down Victoria Park for the anniversary, chased people out who attempted to take part in the annual vigil and the Tiananmen Square museum has since been shut down as well.

It is no secret that the new National Security Law has been used and abused to prevent protest by the people of the creeping encroachment of the Chinese Communist Party (CCP). Hong Kong natives tested the NSL by gathering in a small group of eight with blank signs.

Prescient Hong Kong Press Blackout: What we Have to Look Forward to

Though the majority of the people of Hong Kong have strongly supported the pro-democracy movement and protested the steady incursion of the CCP into their affairs. When Hong Kong was passed over from British rule, the protocol was meant to be "one nation, two systems" but the authoritarian sytem of the mainland is threatening the way of life of Hong Kongers which inspired massive protests with millions in the street throughout 2019.

2249: patriotic groups bombarded TST and Central this morning with dancing and singing; some went to the gov HQ and urged the gov to rename the park from Victoria Park to “People’s Park” . #101HK #October1st #nsl #Hongkong #十一國慶
https://t.co/e5Cs4CID7W


A small group of dedicated CCP loyalists, along with Carrie Lam, chief executive of the island nation, have been working to subvert the dominant will of the people. Currently a small group is petitioning to strike the name "Victoria Park" for "The People's Park." This same pro-Beijing group wants the Chinese communist flag "in every corner of Hong Kong."

Wumao Weighs In On Capitol Shooting: Case of the Verified CCP Bot
It obviously doesn't help much that Western powers and corporations seem more than willing to bow to the will of mainland China if it means having a chance to penetrate the market of the largest growing middle class in the world. Just this June Bing, LinkedIn, Wix and Wordpress coincidentally seemed to support Chinese censorship related to the massacre just in time for the 32nd anniversary. Meanwhile, Hong Kongers were arrested for encouraging commemoration of the weekend, a time-honored tradition in Hong Kong's Victoria Park.

As much as mainstream media attempts to foment fear of Russia, Twitter and other social media and silicon valley firms have a far greater power and opportunity when it comes to meddling in democracy and domestic and foreign affairs. As a result watching issues like press blackouts and other signs of rising totalitarianism in Hong Kong could prove a blueprint for what's to come in places like the US, Australia and other western nations.
Share this article