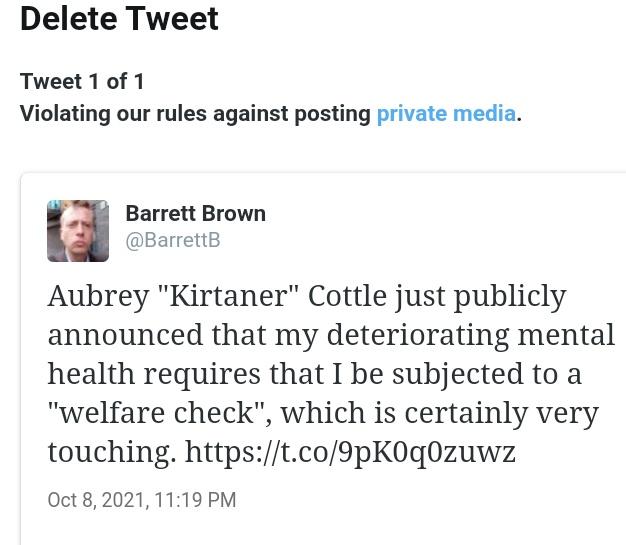 
Journalist Barrett Brown has already been targeted by Aubrey Cottle for harassment on Twitter and even used his twitter following to encourage swatting and "wellness checks." But as soon as Barrett, who unlike Aubrey Cottle, doesn't have an extensive shady history of working with famous neo-nazis like weev and using highly bigoted and misogynist language, death threats etc. isn't the issue to Twitter. Nope it's Barrett exposing the so-called hacktivist who convinced Mother Jones and some other suckers he was the "founder of Anonymous" despite Harvard anthropology professor who studies imageboard and hacking culture calling bull on that one. Sharing evidence against TOS? Yeah, that's a problem, especially when it's improperly applied as it's sure to be in this case under Twitter's new leadership.