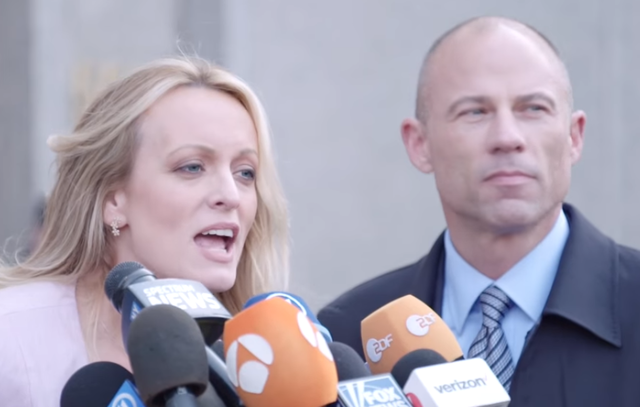 Avenatti called out "thuggish behavior" from Trump and other "people in power" against Daniels at the same time as he was stealing money from her. Despite lengthy deliberations that almost looked to be headed towards a hung jury, the jurors eventually found Avenatti guilty of wire fraud and aggravated identity theft. They ruled that Avenatti used a fake letter to defraud Daniels out of $300,000 in money from a book deal meant for her.

Disgraced Avenatti claims he looks forward "to a full adjudication of all the issues on appeal." But only time will tell if he can convince future juries of innocence the court found lacking during the trial.

From being a prized legal analyst and the face of "the resistance" to being accused of theft by his own client who eventually would say she wasn't sure Trump was any worse than Avenatti himself. Avenatti acted as his own defense, even for a lawyer it is said that the man who defends himself in court has a fool for a client. During cross examination, at one point he asked Daniels (real name Stephanie Clifford) about her belief in ghosts in attempt to paint her as potentially delusional.

Avenatti was already accused of stealing millions from clients, including over $4 million from a paraplegic man. The case ended in a mistrial due to lack of financial data. Not long after that he was convictred in 2020 of trying to extort the Nike corporation.

Avenatti in his closing arguments tried to run with the "gross out" defense, I suppose.

"Ladies and gentlemen, the case taht the government is attempting to feed you has a giant cockroach in the middle of the plate. Would you eat that dish, or would you send it back." This after deciding not to call any of the nearly half a dozen witnesses he initially planned to call.