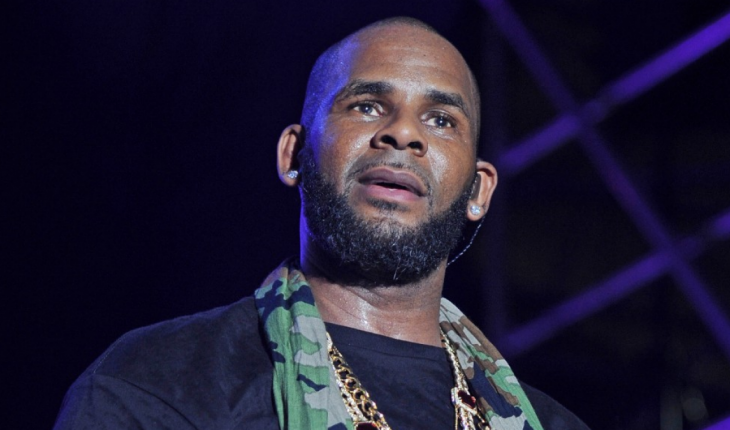 There's news surrounding the Spotify platform today that playlists which once we're inclusive to music from R&B artist R. Kelly are being pulled from the platform via streaming services.

All of the music belonging to R. Kelly will no longer be promoted by Spotify in any was a result of hateful conduct policies which take effect immediately as of May 10th.

This unprecedented announcement shows that tech industries are now listening to the concerns of social movements such as “#MeToo,” and “#TimesUp,” both of which have gained traction throughout the last year as vocal campaigns for the rights of victims.

Spotify has pre-ordered playlists such as RapCaviar, Discover Weekly, and New Music Friday; none of which will be continuing to back anything from R. Kelly's past as a result of the change in policy that many have attributed to social pressures from campaigns which have asked Silicon Valley as well as Hollywood to take such actions.

"We are removing R. Kelly’s music from all Spotify owned and operated playlists and algorithmic recommendations such as Discover Weekly," Spotify said in a statement. "His music will still be available on the service, but Spotify will not actively promote it. We don’t censor content because of an artist’s or creator’s behavior, but we want our editorial decisions – what we choose to program – to reflect our values. When an artist or creator does something that is especially harmful or hateful, it may affect the ways we work with or support that artist or creator."

This essentially means that companies like Spotify, assuming others will follow suit, will be cautious as to which artists they appear to be promoted based on their past histories including his alleged, but never prosecuted criminal activities.

It's not <i>censorship</i> in the sense - the music of R. Kelly will still be available on the platform, but it's a change to ensure Spotify itself isn't in any way promoting the music.

This past week alone two additional women allege to be victims of R. Kelly, who in a series of recent interviews exposed the alleged crimes of R. Kelly against them.

This, along with several years of previous allegations against the artist, helped promote the “#MuteRKelly” campaign on social media.

Along with a BBC Documentary earlier this year, the newest of allegations against R. Kelly is promoting services such as Spotify to take action, and additional platforms could soon follow up with their own disengagement of promotion for any artist facing similar allegations.

The latest of allegations against the artist known as R. Kelly suggest that he engaged in a pressured series of sexual relationships with the women, Lizzette Martinez, and a woman going by the name Michelle to protect her privacy, both of whom claim that their individual attacks occurred when the victims were minors.

Martinez herself engaged in sexual relations with R. Kelly, who she says was only 17 years of age at the time of the artist taking her virginity, despite laws in Florida, where the incident occurred, being 18-years-old for the age of consent.

Michelle is representing her now 27-year-old daughter, claiming that while her daughter was only 17-years-old R. Kelly would travel to Chicago and pressure her daughter into sexual relations.

Being silent is not the answer, so I said, 'It's time,'" Michelle says in regards to her speaking up about her daughter. "I want my child home."

In 1996 one of those girls had filed a lawsuit against R. Kelly where he was forced to pay $10 million to the child, where he “engaged in inappropriate sexual contact with her including but not limited to engaging in group sexual intercourse with her and other minors,” according to the lawsuit.

As some may remember, R. Kelly also married his then-protégé Aaliyah when she was only 15-years-old, before her success as an artist and the tragic end to her own life.

R. Kelly has sold more than 20 million albums worldwide, and his latest “TP2.com” album sits on the Billboard chart at number 15.

He has seven Top 5 singles, including “I Believe I Can Fly,” which was included on the soundtrack of the 1996 film “Space Jam” at the request of the movie’s star and Kelly’s friend, Basketball legend Michael Jordan.

Illinois state statute prohibits adults from having sex with girls under the age of 17, but any prosecutions against the men must be filed within three years of the alleged sexual activity.

Because of this, R. Kelly never has been charged with any crime in connection with any of the alleged sexual relationships with minors, and the statute of limitations is now past for several of these relationships, so he only suffers from potential lawsuits by the victims and not imprisonment.

It brings about interesting debate as to how a person could be “punished” without ever having been charged with a crime, even if they're guilty, as well as asking to renew the debate of removing the statute of limitations for sexual assaults.

For now, R. Kelly's music will not be promoted on Spotify.

I hope somebody executes this piss wiss ass sick nigger