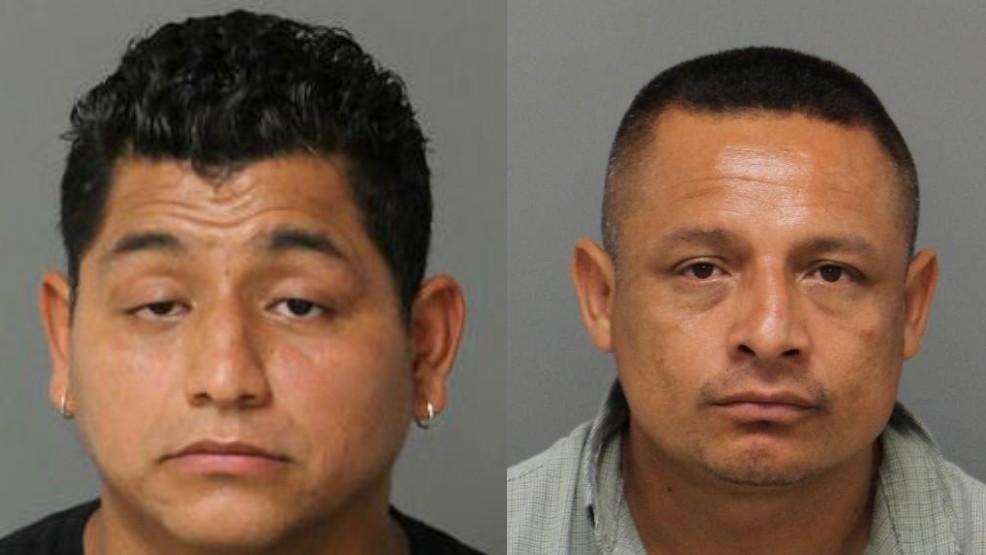 There's disturbing news coming out of North Carolina, where a pair of illegal aliens inside the United States of America as per immigration law violations, is now facing charges related to the sexual assault of a five, eight, and ten-year-old child in Raleigh.

Law enforcement in Wake County stated that 37-year-old Francisco Cervantes-Gutierrez, a Mexican National who resides in North Carolina illegally, has been charged in connection to a series of forced child sexual abuse that occurred between the dates of early 2017 and the time of his arrest; on July 27th of 2018.

The investigation begins with authorities being told that the two children may have been sexually exploited and abused by Francisco Cervantes-Gutierrez, which led to Detectives further investigating the allegations only to determine that several incidents occurred where Cervantes-Gutierrez was preying upon the children, before sexually assaulting them.

<a href="https://www.newsobserver.com/latest-news/article215763345.html">The News & Observer </a>also reports that a second man, 44-year-old Furmencio Miranda-Cortazar, was also arrested in Raleigh, for what authorities say was the forced sexual relationship of a five-year-old girl.

Miranda-Cortazar was arrested on Saturday night, at an apartment complex located on Fox Manor Ridge Road in Raleigh, where police say he continued to abuse that child for over eight years sexually.

Police say that Miranda-Cortazar is also a Mexican National, inside the United States of America illegally and that the sexual abuse of the five-year-old girl began in October of 2007 only to end in November of 2015.

Arrest warrants for Miranda-Cortazar also show that from 2015 until May of 2018, the pedophile Illegal alien then began another sexual relationship with a sixteen-year-old, which resulted in her parents contacting authorities.

There aren't many details of this case being announced as of yet, but<a href="https://www.cbs17.com/news/local-news/wake-county-news/raleigh-man-facing-child-sex-crime-charges-has-ice-detainer-warrants-show/1334221198"> CBS local affiliate Channel 17 </a>reports that law enforcement executed a search warrant at 4300 blocks of Hollow Tree Court in Raleigh, North Carolina on July 27th, which resulted in the arrest of Cervantes-Gutierrez.

After taking Cervantes-Gutierrez into custody on the charges of eight counts of indecent liberties with a child, and one count of first-degree statutory sex; the Immigration and Customs Enforcement (ICE) agency, alongside the Department of Homeland Security, began their own investigations into the background of the accused child molester.

It was then discovered that Cervantes-Gutierrez was inside the United States of America illegally, originally a Mexican National, albeit the connection to the child victims, in this case, has yet to be revealed.

In addition to the six child-sex crimes Cervantes-Gutierrez now faces, the ICE agency also placed a detainer on the illegal alien, to prevent his release into society if he were to make bond, and to ensure a speedy deportation process after his criminal trial and potential sentence for the horrific sexual abuse of two prepubescent children.

Cervantes-Gutierrez will remain in the custody of the Wake County Detention Center, where he's held on a $1.5 million bond, and scheduled for an initial court appearance on Monday morning.

To further showcase how broken our correctional system is, the arrest records for Francisco Cervantes-Gutierrez on the Wake County Detention Center website show that his race is “white,” clearly a skewered and politically correct attempt to depict a Mexican National as being a white criminal.

The race of the criminal alien isn't a factor here, but when the Federal Bureau of Investigation releases their annual crime report, it no doubt affects the outcome of such a document.

Cervantes-Gutierrez, and Miranda-Cortazar are the prime examples of why Americans stand firmly against criminal illegal aliens coming into the United States of America in violation of<a href="https://www.law.cornell.edu/wex/immigration"> federal immigration laws</a>, as well as the Immigration and Nationality Act.

This is why the nation stands with President Trump, who wants to protect Americans from these dangers.

Those who commit the federal crime of illegally entering the country, or illegal re-entry if previously deported, have no desire to assimilate into the nation lawfully in the first place, let alone obey the laws of the land.

We should also reach out to our elected officials, and demand no possible bond for child-sex offenders, and to introduce legislation that would punish those convicted of these terrible crimes against children via the death penalty.

Now, because of the open-borders policies of previous Administrations, two innocent children, eight and ten-years-old respectively; as well as the five-year-old who suffered eight years of molestation, will be forever tormented at the hands of the sexual abuse committed by Francisco Cervantes-Gutierrez and Furmencio Miranda-Cortazar.

President Trump is right, we need a wall along our southern border with Mexico, and we need to report and deport criminal illegal aliens at every chance we have.

Francisco Cervantes-Gutierrez and Furmencio Miranda-Cortazar are monsters, and they're the exact reason why every upstanding American citizen should keep their children away from strangers.

All spics have to go back. MAGA

These two pieces of shit sure look like upstanding citizens don't they? We half to change the laws and give these evil punks the death penalty! If it was you or your kid wouldn't you want them dead so they could never hurt another child? Even our Lord Jesus said they should die!

Please do research on NCMEC - they are not helping our kids!! Have people contact ICE directly.

I say hang them from the nearest pole.we need the fucking wall.

A 5 yr old little girl? My God what is wrong w/some of these ppl? I get it criminals are rampant with all these illegals we've been flooded with and do not want here. Build the Damn Wall ! We didn't vote for endless immigrants and all their evils.

A 5 yr old little girl? My God what is wrong w/some of these ppl? I get it criminals are rampant with all these illegals we've been flooded with and do not want here. Build the Damn Wall ! We didn't vote for endless immigrants and all their evils.