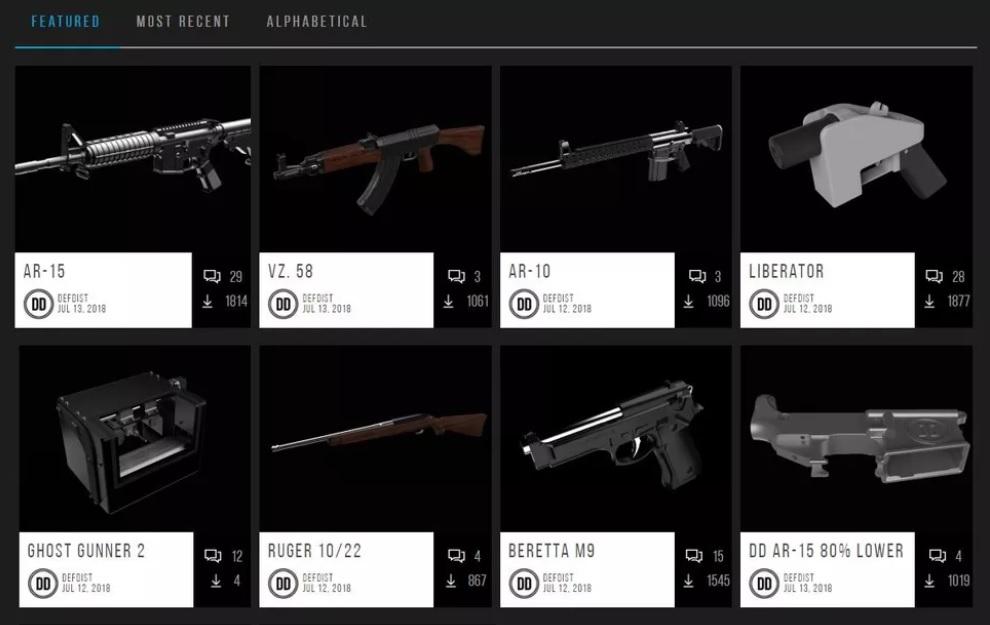 After Facebook announced it will ban sites that share and host blueprints for 3D-printed guns, a host of Senators have decided to pressure other social media websites to do the same. Tuesday, five Democratic senators wrote letters to Twitter, Facebook, Microsoft, Craigslist, Google, Reddit and Yahoo asking the companies to ban blueprints for 3D-printed guns from their platforms.

The Senators cited concerns that anyone with a computer could download the blueprints and print their own guns, but isn't that the whole point? Last month, the inventor behind the 3D-printing weapons technology Cody Wilson won a settlement against the State Department making it federal legal to distribute the 3D-printed gun blueprints.

The Senators argued that the ability for anyone to 3D-print guns could lead to two consequences: Police would have no record of the guns since they are not legally required to be registered, and second, the materials used to print the guns could make them difficult to spot with scanners.

Wilson's victory in the lawsuit against the State Department immediately prompted a lawsuit from several state attorney generals. A Seattle judge also granted a temporary restraining order blocking Wilson from uploading the blueprints online with the next hearing scheduled for next week.

"The publication of these CAD files would, therefore, make available to any person deadly weapons that are untraceable and undetectable, thereby undermining firearms laws and posing a serious risk to the safety of our communities," the Senators said in their letters. Facebook has already banned sites that host blueprints of 3D-printed guns but it remains to be seen whether other tech giants will follow suit.

A spokesman for Facebook said, "Sharing material on how to manufacture firearms using 3D printers or CNC milling machines is not allowed under our Community Standards."

The full letter from the five Democratic Senators sent to companies like Twitter can be read here:

"We are writing to urge Twitter and other prominent Internet search and social media companies to take immediate steps to block or limit access to 3-D gun printing materials available online.

"Recently, a company called Defense Distributed announced that it would publish over the internet the blueprints for 3-D printable firearms, in the form of Computer Aided Design (CAD) files. The CAD files would allow users from all over the world to automate the production of a gun using a 3-D printer. The publication of these CAD files would, therefore, make available to any person deadly weapons that are untraceable and undetectable, thereby undermining firearms laws and posing a serious risk to the safety of our communities.

"While a district court recently issued a temporary restraining order to prevent the online publication of these CAD files, the order was just temporary. Moreover, there are already reports that thousands of such CAD files have already been downloaded by individuals, who can now disseminate the files privately or publicly on a variety of forums.

"That is deeply troubling.

ENEMIES OF THE PEOPLE THE SENATE