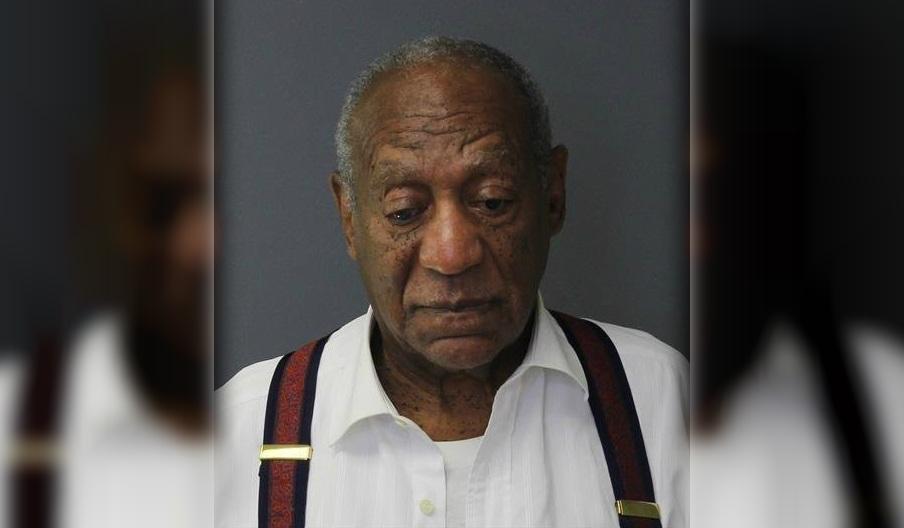 Thanks to an agreement between the prosecution and Bill Cosby's defense, the disgraced comedian who once ruled family television will spend between three and ten years behind bars. The sentence was handed down by Pennsylvania judge Steven O'Neill in a Montgomery County courthouse on day two of sentencing. Judge O'Neill told Cosby it was "time for justice" and he also issued a fine of $25,000 to Cosby.

Attorney's for the former sitcom star requested bail during his appeal but judge O'Neill denied it, and he was led out of the courtroom in handcuffs with a one-way ticket to state prison. While the convicted serial rapist was led from the courtroom, his attorneys vowed to appeal the conviction. Cosby still does not admit any wrongdoing in any of the dozens of accusations leveled at him. On April 26, 2018, Cosby was found guilty a jury of three counts of aggravated indecent assault for drugging and rapping former Temple University administrator Andrea Constand, each carrying a sentence of up to 10 years in prison.

The comedian was initially facing a stiffer sentence than three to 10 years, but a post-verdict agreement between the state and Cosby merged the three counts into one. It is not clear why this arrangement was agreed to by prosecutors; it seems an unlikely thing to do after you just worked for months to obtain a legal victory. By merging the counts, Cosby only faces three to 10 years as opposed to the 10 to 30 years he was facing after he was found guilty.

Related coverage: <a href="https://thegoldwater.com/news/24083-Cosby-Grins-As-Prosecutors-Call-Him-A-Serial-Predator">Cosby Grins As Prosecutors Call Him A Serial Predator</a>

During Cosby's sentencing, Judge O’Neill said, "This is a serious crime he was convicted for. This is a sexual assault crime." The judge admitted that Cosby could "quite possibly be a danger to the community." The 81-year-old was drugging and raping women at his Philadelphia mansion for decades 2004, but many of the victims have come forward too late making the crimes too old to prosecute. Not only did the judge deny bail for Cosby and deemed him a "danger to the community, but" he also designated the comedian a "sexually violent predator" under Pennsylvania state law.

The "sexually violent predator" designation will require Cosby to register as a sex offender with police for the rest of his life as well as attend monthly counseling sessions. Local neighbors and schools will also be alerted to his presence and the crimes he has been convicted of. Prosecutors asked the judge for the maximum sentence of five to 10 years, but ultimately the judge gave Cosby a light three to 10 years. If Cosby commits no further crimes while in prison, it is possible he could be released in three years.

Prosecutors also called for the disgraced comedian to submit to a "psychosexual evaluation" should he ever come up for parole. During his sentencing, Cosby's defense team asked the judge for house arrest citing the fact that the 81-year-old is legally blind and too delicate for jail. Judge O'Neill was not interested in any further excuses and told Cosby it's "time for justice." Cosby was one of the first celebrities fingered by the #MeToo movement.

Related coverage: <a href="https://thegoldwater.com/news/32271-Pennsylvania-Board-Bill-Cosby-Should-Be-Marked-as-Sexually-Violent-Predator">Pennsylvania - Board: Bill Cosby Should Be Marked as Sexually Violent Predator</a>

Another Cosby accuser spoke in the courtroom saying, "There is solace, absolutely. It is his fame and his fortune and his phony philanthropy that has allowed him to get away with impunity. Maybe this will send a message to other powerful perpetrators that they will be caught and punished." The #MeToo movement has taken down many powerful men (and a couple women) in the entertainment industry, politics, and more. Accusations of being drugged and sexually assaulted by Cosby have been levied against him by dozens of women spanning decades.

Throughout all these years and court proceedings, Cosby still maintains that the sex was consensual and he is innocent of wrongdoing. Cosby's spokesman Andrew Wyatt stated after sentencing that Cosby had been subjected to "the most racist and sexist trial in the history of the United States." What does race have anything to do with it? Cosby drugged and raped women seemingly indiscriminately of ethnicity since women of color have also accused him.

A bizarre video of Cosby attempting a public performance while wearing a sweater that read "Hello Friend" surfaced eight months ago marking his first since 2015 and the beginning of the investigation into sexual assault allegations. It is difficult to tell if Cosby is playing it more innocent than he is, he seems very senile and un-self-aware in the appearance.

When reporters asked Prosecutor Kevin Steele what it was like to see Cosby leave the courtroom in handcuffs he said, "Look it’s not a cause for celebration and we take very seriously the taking of somebody’s liberty, but I will not apologize for our job, our job is to separate the predators from the good people in our community, and that happened today."

On day one of sentencing, Cosby's victim and former friend Andrea Constand submitted a written statement which was read to the court. In it she describes how the attack had forced her to become "stuck in a holding pattern for most of her adult life, unable to heal fully or to move forward. "Constand added, "Bill Cosby took my beautiful, healthy young spirit and crushed it."

Hopefully the niggers will riot. Habbenings all night, good times laughing at the scanner audio.

I think they're only just now going after Cosby to give the appearance of normalcy to harsh punishments for ancient offenses that may or may not have happened. To screw with Kavanaugh.