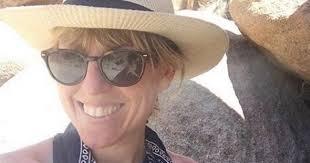 CA - Travel Writer Stranded in Desert After Fall, Drank Her Own Urine to Survive (Video)

It is definitely not the story a travel writer was hoping to write when she embarked on a solo half-day six-mile hike in California’s Joshua Tree National Park. The half-day trip turned into the most excruciating, longest three days of her life when she came close to the idea that she could die after she suffered a major accident during her hike.

Budding freelance travel writer Claire Nelson from New Zealand made just one wrong turn during her solo hike and tragically fell into a 20 feet stony canyon, smashing her pelvis in the process. Unable to fully move, her agony stretched into three long days where in order to survive she had to drink her own urine.

She still had her things with her in the aftermath of the accident but she was all alone. She had little food left consisting of a boiled egg, little water, a mobile phone which became useless in calling for rescue as there was no signal from where she fell off.

Nelson just decided to make use of her phone to record her predicament and in the process, her amazing survival journey. She recorded videos after her fall as well as emotional messages to her family, in case she failed to survive her dire situation.

The powerful recordings were later aired on Australian news show “Sunday Night.” Some of the footage shows Nelson at the bottom of the canyon unable to move. While in pain she recorded what appeared that time as a potential farewell message. She said: “I might die here. I’m really scared that that’s the case. I don’t know what to do. I can’t get a signal out here. And no one’s out here.”

Temperatures in the popular park can soar well into the scorching 100s. Nelson used whatever she had to cope including sunscreen for her legs, taking headache tablets to numb her pain, a plastic bag, and a hat to create shade.

The hardest thing she decided to do but which felt crucial to her survival at the time was drinking her own urine. Nelson said: “So, what, three days you can go without? Probably less in the desert. Be one day. And that’s when I made a conscious decision to drink urine… It wasn’t even something I hesitated at, but what I did do was think, ‘I don’t know if I can stomach it.’ Like this, I’m a goner.”

At her lowest point, as she was freaking out, she recorded the message: “And… I just think of all of you, guys, my friends and family, and I…I'd do anything to see you guys.”

Prior to her ill-fated hike, Nelson was house-sitting for her Australian friend Natalie Saunders and her American partner Lou Litrenta who lived nearby the park. The couple had left for Scotland for a trip of their own.

The couple started to wonder why Nelson wasn’t posting updates on her social media account when she was supposed to be “seeing beautiful things.” That’s when the couple decided to alert the authorities and thus Nelson’s rescue happened.

She almost thought she was hallucinating when she saw a chopper above the canyon. She exerted effort to create a makeshift scarecrow from her hiking stick and the plastic bag to wave at her rescuers.

Then she heard the most comforting thing that was said to her in her lifetime. Nelson recalled: “And then I heard them say, “We see you. We’re gonna come and get you.” She then started to cry, overcome with relief that she’s gonna be okay, after all.

Since the accident a few months back, Nelson has been learning to walk again. The traumatic experience will not deter her from continuing her adventurous ways. She plans to go on a hike again.

Hopefully, she learns to be more safety-conscious as well, like avoiding solo trips on dangerous areas without a proper guide for instance.

hiking alone in the wilderness.

summary ….. not well thought out.