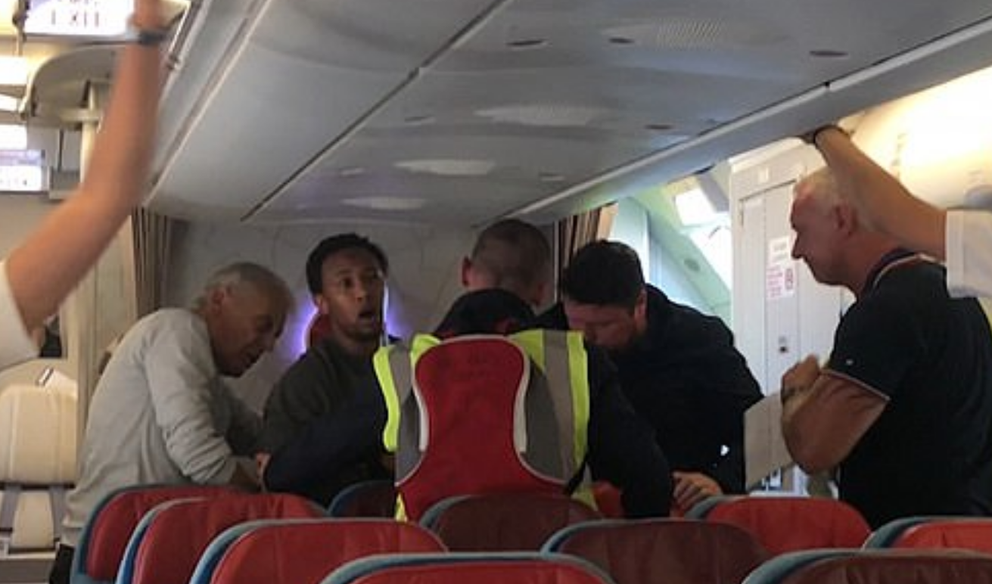 Some social justice warriors were met with a dose of reality when the British Foreign Office responded that the Somali national whose deportation they had thwarted earlier this week (as they felt sorry for the man) was a ‘convicted foreign criminal’ wanted for ‘multiple offenses in the UK.’

In the video footage, the Somali man can be seen being brought onto the plane after all the other passengers are seated. He screams and tries to get sympathy from the other Turkish Airlines customers, saying that he is being separated from his family.

Several passengers on board the flight claim they are fearful because of the noise and request that he be allowed off the Turkish Airlines flight as it prepares to fly from Heathrow Airport to Istanbul.

The Somali national, accompanied by four British officials who he claims on camera are taking him to his home country where he will be killed gets passengers concerned enough to intervene. Some of them can be heard telling the Home Office staff: “If he is going to Mogadishu in Somalia they are going to kill him tonight. He’s going to die, definitely, they will kill him.”

The security officer responds that the man is going to Turkey and says that’s as far as the Home Office is concerned. When the passengers continue to oppose, he tells them: ”I’m doing my job, sir, this is what the Home Office does, I don’t make the rules sir, I just carry them out,” before warning the passengers that the only reason the convict is trying this is “an attempt to get himself thrown off the aircraft so he can stay in the UK.”

However the passengers continue to argue with the security officers and after a lot of screaming, he is finally led off the plane to great cheers.

In response, the UK’s Foreign Office released the following statement: “We only return those with no legal right to remain in the UK, including foreign national offenders. All foreign nationals who are given a custodial sentence will be considered for removal.”

“Foreign nationals who abuse our hospitality by committing crimes in the UK should be in no doubt of our determination to deport them and we have removed more than 43,000 foreign offenders since 2010.”

notice that The Savage is smart enough to play the crowd. he watches the news too…

The UK 🇬🇧 is now filled with Turbo Cucks allwith fever swamp death wishes…This is exactly why I stopped going to London.

surely they'll just put him on another flight, perhaps a private one next time.