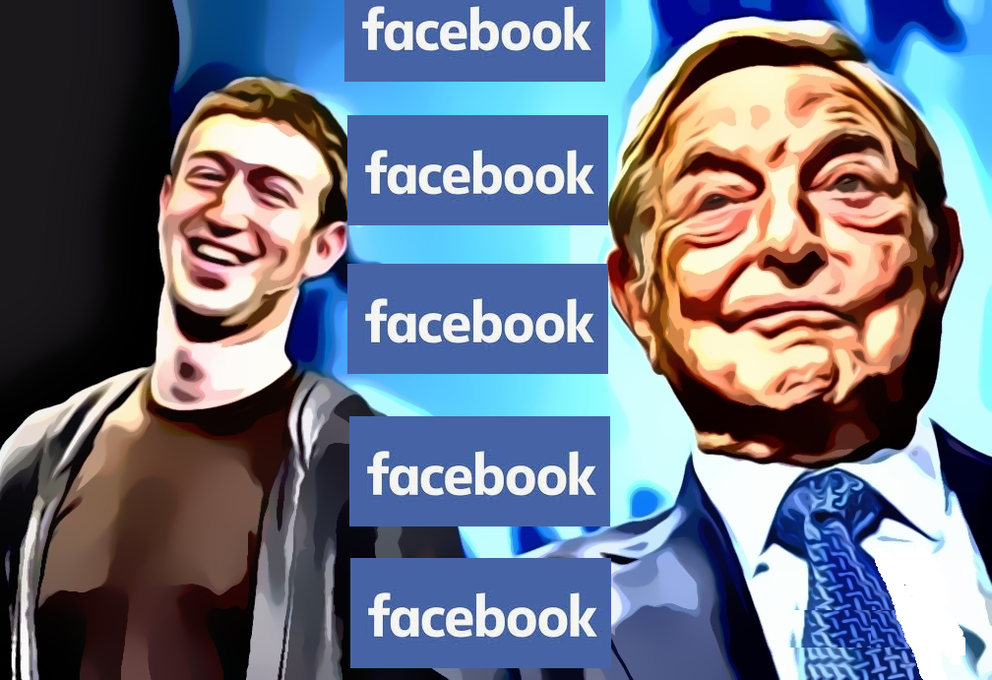 Of all the places where you think you wouldn’t find it, Mr Zuckerberg’s platform Facebook has been slammed for apparently participating in a smear and conspiracy campaign against liberal Democratic donor Mr George Soros.

Following a number of scandals, including alleged Russian interference with US elections in 2016 (which partly took place on the Facebook platform), the company of CEO Mr Zuckerberg hired a public relations company in 2017. That company was tasked with distributing fake news amongst other things about Facebook's competitors, but also about Democratic donor and known leftwing billionaire Mr George Soros.

PR company Definers Public Affairs, known to lean Republican, was paid by Facebook to use 'political campaign tactics' and to conduct 'opposition research'.

On the conservative website NTK Network, the company published, among other things, documents that trivialized Russian interference during the elections via the social network.

In another article, Apple CEO Tim Cook was portrayed as a hypocrite because of his criticism of Facebook's privacy rules, while his company also 'steals' data from users.

NTK Network shares an office with Definers Public Affairs in Arlington, Virginia. Many articles on the website are written by employees of the PR company, or by America Rising, the branch of the company that conducts research into political opposition. The site is then used to attack opponents of the clients of Definers Public Affairs.

Although NTK Network does not have a large readership, articles from the website are regularly picked up by (ultra) conservative websites such as Breitbart. The pieces thus find their way to a predominantly right-angled corner of the internet.

Just as the PR agency is used to make Facebook appear more positive, the social network led by Mark Zuckerberg takes extra measures to reduce fake news, racism and anti-Semitism on the site.

The Jewish Soros had to be seen as the silent force behind an anti-Facebook movement. Journalists were encouraged by the PR company to ask questions about Soros and his 'tactics'.

An employee of the ultraconservative website Daily Caller says on Twitter that he was approached by Define Public Affairs and 'the pr-man always called Soros'. He already thought it was 'strange', he writes.

The liberal philanthropist regularly appears in right-wing conspiracy theories, with or without an anti-Semitic undertone. Just before the mid-term elections in the US last week, letter bombs were delivered to Soros and several influential Democrats.

Patrick Gaspard, president of Mr Soros’ Open Society Foundations, said the strategy was “reprehensible”, “misguided” and “dangerous”. According to Mr Gaspard, it was part of a “concerted rightwing effort to demonise Mr Soros”, which had contributed to death threats and the delivery of a pipe bomb to his home. “You are no doubt also aware that much of this hateful and blatantly false and anti-Semitic information is spread via Facebook.”

He IS a demon, Globalism is a demon and he's at the centre of it!

This is nothing other than a PR stunt in itself. NYT is in the same bed as FB and the other Social Media spy and control entities. If FB can some how deflect attention away from their true cause of 1st Ammendment suppression, it would perhaps reverse the reputation of that as a Liberal only platform. As in all propaganda, use your allies to plant a story to accomplish the goal of creating public opinion that benefits your cause. Make FB look like an equal opportunity suppressor, mission accomplished. Well played.

MORE LIES TRYING COVER THE TRUTH THATS BEEN EXPOSED. YOU CANT PUT THE FIRE OUT THATS BEEN IGNITED. THERE ISNT ANY GOING BACK NOW. THE WORLD IS AWAKE AND WE ALL KNOW WHAT SOROS IS AND HIS LITTLE DOG ZUCKERBURG TOO!!! LL THE MINNIONS OF THE SO CALLED NEW WORLD ORDER. GOD WILL INDEED JUDGE YOU AND THE WORLD WILL ARRANGE THE MEETING. PUSS BAG!!!

no wonder they are doing a story about conspiracy theories on fresh air. Go back to bed america

Who is jewing who here? They're both part of NWO social control and both dirty manipulative kikes.

Wow. What a spin on this story. So let me get this straight. MZ doesn't stand for globalism with Soros? And he doesn't censor conservatives? He's actually unfair to Soros? Really???

Wow. What a spin on this story. So let me get this straight. MZ doesn't stand for globalism with Soros? And he doesn't censor conservatives? He's actually unfair to Soros? Really???