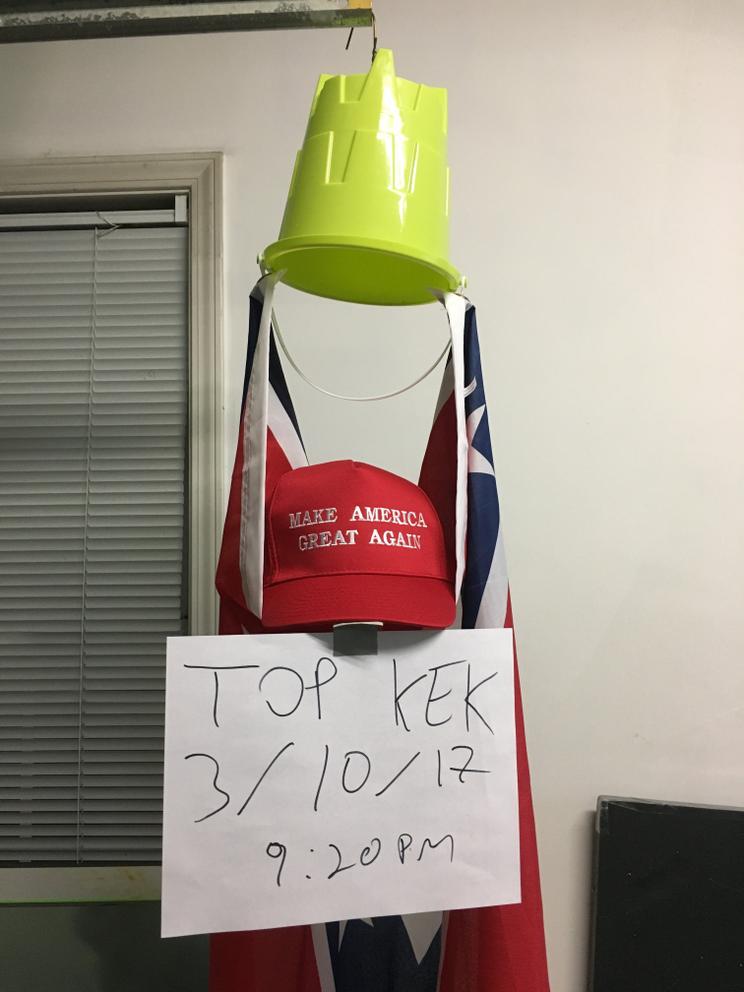 Shia Lebouf's "He Will Not Divide Us" project continued today with a stream displaying a lone flag pole. With no flag in sight, it is assumed that Shia is having a new flag sewn and probably setting up stronger perimeter defenses to protect his failed art project.

In absence of Shia's HWNDU flag, autists on 8chan decided to install their own flag and spent the day making plans for payload delivery and payload. Dubbed "Operation Eagle Eye", shortly before 9pm EST, it was decided to use a drone to deliver a bucket to cap over the flag pole. Hanging from the bucket would be a confederate flag and MAGA hat. Anon built the bucket payload system and drove out to the location of the flag pole saying he is only ten minutes away. 8chan immediately began counter-intel and started flooding disinfo into twitter so /ourguy/ could make it to the drop zone and escape safely.

Buzzing was heard near the live stream around 12am, which was an assumed dry run of the drone. With reports of a helicopter in the area, many anon were busy listening to police scanners and watching helicopter flight paths checking for signs of a police crackdown. Confirming the helicopter to be a medivac attending to an emergency, anons continued with spreading disinfo.

Drone anon posted some pictures he took with night vision goggles showing the flag pole to be patrolled and didn't follow through with his drone deployment of the confederate flag for unspecified reasons.

/ourguy/ almost made the drop but got scared away by helicopter

What an embarrassment this ass-clown is.