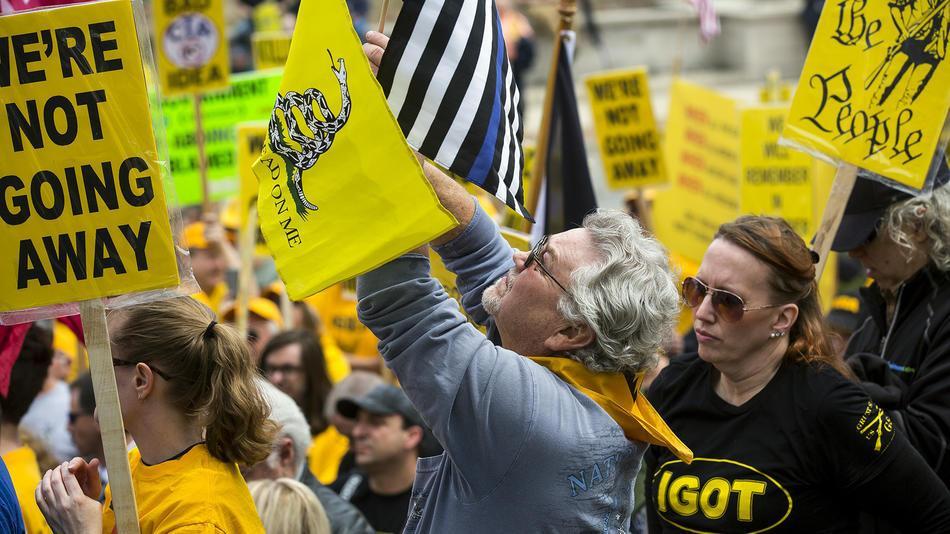 The resolutions are a thinly veiled threat to Democratic-controlled Legislature that if it passes new gun bills that include new age restrictions, a bump stock ban, and a size limit for gun magazines, the counties will bar their employees from enforcing the new laws much like the sanctuary cities bar county employees from enforcing immigration laws. Kathleen Willis, a Democratic state Representative from Chicago revealed how hypocritical the party really is. "I don't think you can say, 'I don't agree with the law so I won't enforce it,'" she said. "I think it sends the wrong message." So why are Democrats around the country doing exactly that when it comes to immigration and putting illegals rights ahead of citizens?

It's about time people get serious and take a stand against the constant erosion of the left against the constitution. David Campbell, vice chairman of the Effingham County Board said, "We're just stealing the language that sanctuary cities use. It's a buzzword, a word that really gets attention. With all these sanctuary cities, we just decided to turn it around to protect our Second Amendment rights." Effingham County isn't alone. Over 20 Illinois counties and local officials in Oregon and Washington have also asked for copies of Effingham County's new resolution to protect gun owners.

The irony of Illinois legislators passing more gun restrictions is that Chicago is the epitome of gun control failure. The city has some of the strictest gun control in the nation yet it also has the some of the highest homicide rates and gun violence deaths. Last week was an especially violent one for the city with 9 people killed and 76 wounded. The city had more than 650 homicides last year involving guns. That is two people killed a day by guns in the city that wants to put more restrictions on law-abiding gun owners.

These liberal Democrats pushing to restrict the number of bullets you can have in a gun or whether you can have a certain kind of stock is only making things worse for the average citizen who won't be able to effectively defend themselves while criminals have access to guns regardless of the restrictions.

that's right, fight back with the only language they'll understand