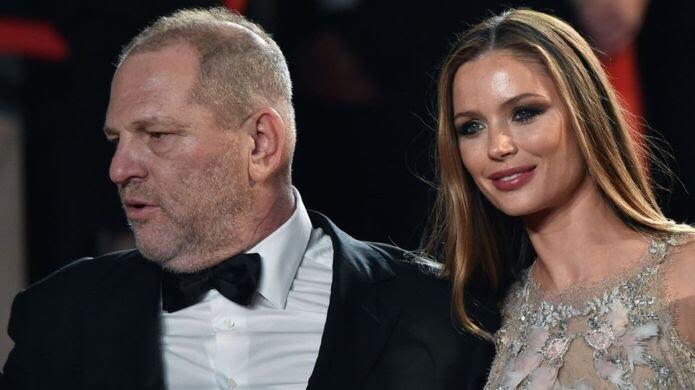 Georgina Chapman, Harvey Weinstein's wife, gave her first interview since Harvey’s sex scandal. She said she was "never" suspicious about his behavior.

Vogue magazine asked whether she had suspicions, Georgina replied: "Absolutely not."

Chapman said she had been "so naive", and was "so humiliated and so broken" when the scandal unfolded.

Weinstein and Chapman were married in 2007. The couple has two children, who are aged seven and five. Chapman announced she was leaving him just days after the allegations emerged.

Chapman said she didn't go out in public for five months after the story broke.

"I was so humiliated and so broken that I didn't think it was respectful to go out," she told US Vogue.

"I thought, 'who am I to be parading around with all of this going on?'. It's still so very, very raw. I was walking up the stairs the other day and I stopped. It was like all the air had been punched out of my lungs."

She said: "There was a part of me that was terribly naive - clearly, so naive.

Vogue said she broke down in loud sobs during the interview. "What are people going to say to them? It's like, they love their dad. They love him. I just can't bear it for them."

Chapman said she lost 10lb in five days after the first allegations emerged because she "couldn't keep food down".

She said: "My head was spinning. And it was difficult because the first article was about a time long before I'd ever met him, so there was a minute where I couldn't make an informed decision.

"And then the stories expanded and I realized that this wasn't an isolated incident. And I knew that I needed to step away and take the kids out of here."

She took the children and went to stay with actor David Oyelowo, a longtime friend.

"I had what I thought was a very happy marriage. I loved my life," she said.

Weinstein was "a wonderful partners", Chapman said, adding: "He was a friend and a confidant and a supporter. Yes, he's a big personality… but… I don't know. I wish I had the answers. But I don't."