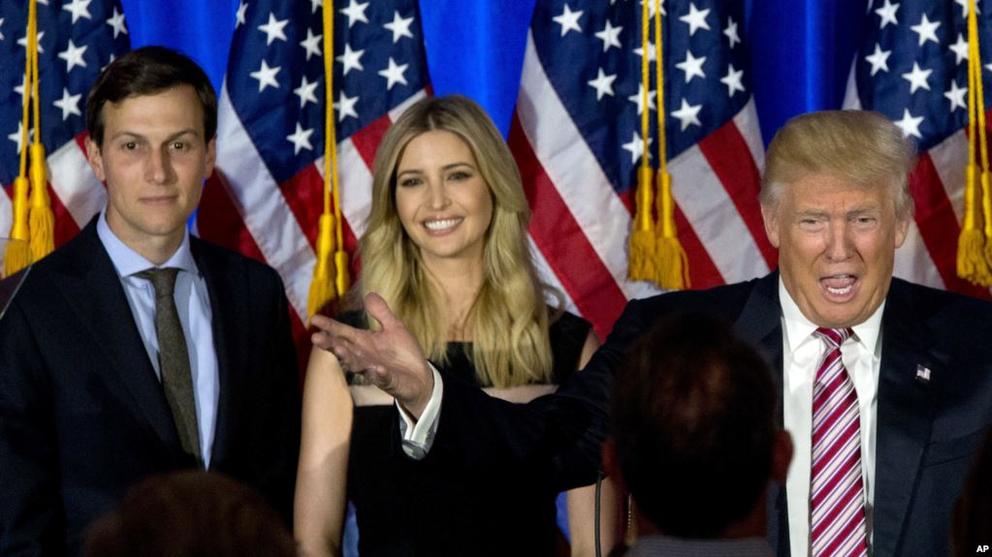 Jared Kushner has long-since been a key advisor to President Trump - and now he's scored his first major victory in uniting both Democrats and Republicans to negotiate a deal which is set to release 4,000 “well-behaved” prisoners from America's prison industrial system - saving money - and reuniting families.

The bipartisan deal is set to increase current prison security, in an effort to protect both inmates and staff working at America's prisons, with several major riots occurring in the last decade in America's prison system which endangered the lives of corrections officers and those serving non-violent sentences.

The bill, called “The First Step Act,” brought together both liberals and conservatives in what's being touted as a major victory for Kushner and the Trump White House.

As per the terms of “The First Step Act,” the House Judiciary Committee voted 25 to 5 in favor of the bill to reform the federal prison system, the Formerly Incarcerated Reenter Society Transformed Safely Transitioning Every Person Act (H.R. 5682).

“The vast majority of federal prisoners will someday be released from prison and it is important to give them tools to become more productive citizens so that they don’t return to a life of crime. The FIRST STEP Act provides inmates the help they need to successfully reenter society, which will, in turn, enhance the safety of our communities,” Representative Goodlatte (R-VA) said. “I thank Representatives Collins and Jeffries for their work on and dedication to this important issue. I am pleased the House Judiciary Committee today voted to approve this bill, and I look forward to working on other initiatives to improve the criminal justice system with Members of Congress and the Trump Administration.”

“The bipartisan support that is sending the FIRST STEP Act to the House floor reflects the resolve that I’ve seen among my colleagues to make positive strides toward restorative justice today and to use that progress to build a bridge toward additional reforms in the days ahead,” Representative Collins (R-GA) stated. “As we work to increase public safety by equipping men and women to rejoin their communities as productive citizens, I’m thankful to be joined in that labor by Congressman Hakeem Jeffries, Chairman Bob Goodlatte, Congresswoman Karen Bass and insightful lawmakers who understand that sound policy is how we promote human dignity in our prisons and across our society.”

“The mass incarceration epidemic is 50 years in the making. Fixing our broken criminal justice system will take an all-hands-on-deck effort from my colleagues on both sides of the aisle. The FIRST STEP Act is a significant step in the right direction,” Representative Jeffries (D-NY) said proudly. “My colleagues, particularly Congressman Collins and Senators Whitehouse and Cornyn, should be commended for their stalwart leadership on this issue.”

The FIRST STEP Act implements a post-sentencing dynamic risk-assessment system to determine an inmate’s risk of committing more crimes upon release from prison.

Under the bill, the Bureau of Prisons (BOP) would utilize effective recidivism reduction programs and provide incentives for inmates to participate in those programs.

Ultimately, inmates could earn credits toward an alternative custody arrangement — such as a halfway house or home confinement — at the end of their prison sentence.

Also included in the bill are extensions to the compassionate elderly release provision from the Second Chance Act that allows the prisoner to request for his or her compassionate release if he or she meets the requirements set out in the law.

This will not inky reduce prison populations but save costs nationwide in doing so, as well as give second chances to the less-violent offenders if they meet the criteria and instead help them to rehabilitate their lives by sending them towards a path to work and become successful themselves.

This is a long criticized problem with America's prison systems, in part due to the lacking actual rehabilitation granted to inmates who would otherwise learn nothing but to become worse criminals while behind bars.

It's also intended to refocus the way drug offenders are treated as prisoners by taking the current pilot program to treat heroin and opioid abuse through medication-assisted treatment to the next level, in actually helping those addicted to getting off the narcotics that continues to place them behind bars.

It again underscores the Trump Administration’s commitment to <i>”Make America Great Again”</i> for all people, providing many with a second chance at life to become upstanding citizens, with incentives for those who succeed.

For Kushner, this bill can be hailed as a monumental victory on his behalf that will help families across the nation to turn their lives around and prosper.

What a great first step for prisoner release and reform. Rather than reformation and correction, prisoners continue to experience severe bullying from their mates and guards and come out traumatized and abused. There are so many "good ones" inside who simply made a bad choice. I am personally very pleased to hear this news.