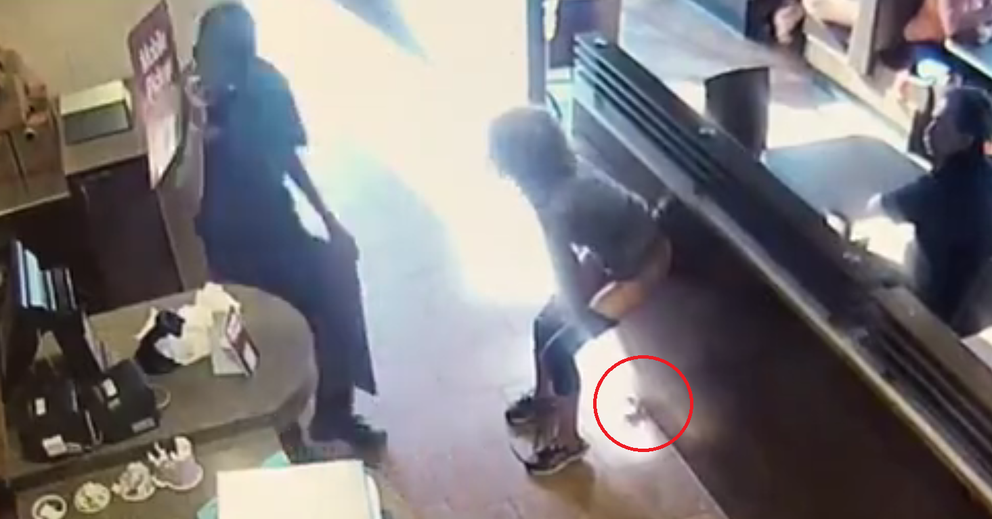 A woman entered a Tim Hortons in Langley this Monday and (don’t we all have this from time to time) really had to use the restroom. She asks the employee whether she can use the toilet who reportedly told her that she needs to purchase something.

There is no sound in the video so the following is an assumption but given that she’s dressed in quite sportive gear she might have gone for a run or something.

The woman can then be seen screaming at the staff before squatting herself down on the floor and relieving herself. In a disgusting twist afterward, she then picks up her feces and throws it at the personnel.

Langley Police Officer Ms. Holly Largy confirmed that they had received a complaint and that the woman could be facing charges. At the moment the woman was detained and released, but she was requested to attend court at a later date.

The Tim Hortons employee had indeed denied the woman access to the restroom.

The franchise released a statement afterward: “Our current understanding is that the team member used their discretion in this case and denied access to this guest based on past behavior and out of concern for the immediate safety of team members and guests in the restaurant. As matters escalated, the Team Member contacted local authorities for assistance.”

“We are deeply concerned by this video as the safety of our team members and guests is always a top priority for us. In limited cases across the country, Restaurants have a restricted access policy for restrooms to ensure the well-being of our guests.”

No matter what the reason she did not have to do it there…. She could have chosen a less OPEN AREA.

they do these things now because nobody does anything, back in the day we would have stomped her into the ground

There isn't much info available on this story, still you don't have it. She was already barred for some reason, so this was the manifestation of an ongoing love affair with that particular patron.