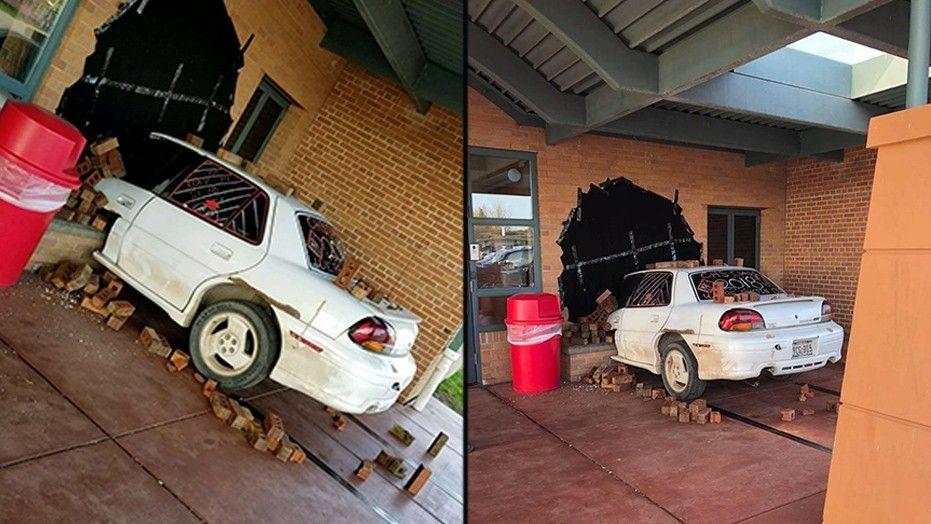 Graduating high school students usually have the license to pull pranks, but seniors from Cumberland High School took the tradition to a new level that left even the Wisconsin police impressed.

The police are leading the raving about the prank and posting photos of the fantastic stunt the seniors pulled off. The graduating students took what appears to be the back half of a vehicle and placed it outside the principal’s office, using a tarp and putting bricks around the car. The “end product” being an incredibly authentic-looking image of a vehicle that drove into the building.

One look at the photos and anyone can mistake it for the real thing. On the actual site, however, the students’ humor and wit played a huge part in the said stunt. The back of the car had “CHS Class of 2018, We’re Bustin’ Out” written on it while the side windows had the words “C ya May 19, 2018.”

The school district also raved about the “old junker” of a vehicle involved in the prank.

The district posted: “Using tape and a black tarp, the students created the illusion of damage, making it look like the car crashed into the side of the building. The best part? This prank caused no damage at all to school property, which is why police singled it out.”

Indeed, what a prank it was- something that this current batch will be remembered for by their school and even the police proving that the best jokes need not be the naughtiest or the meanest, only that they are imaginative.

That took a lot of effort to pull off. Great job!!

Our senior prank was to hoist a 55 gallon drum on top of the flag pole. The school was not impressed but couldn't figure out how we did it and after about a week announced that anyone that could get the drum off the pole without damage would be appreciated. So that night we reversed the process and removed the drum, and everyone was happy. To this day I doubt they figured out how we did it. lol

1974 H-JHS - A few Weight Lifter / Foot Ball team members took a Teacher's 1973-4 Honda (model 600 I think) more motorcycle than car, and carried it up the stairs to the Stage floor in the Gym and put it on display.