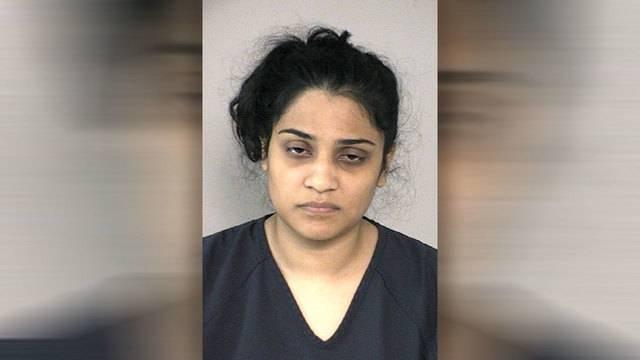 Law enforcement agencies in Katy, Texas day that a neglectful mother abandoned her 8-month-old baby in a fiery hot car while she went shopping inside of a local Hobby Lobby, but a Good Samaritan rose to the occasion to save the baby's life.

Once the Good Samaritan saw that the young baby was inside the car all alone on an extremely humid and ghastly hot day, he waited a few minutes to see if anyone returned, and once they did not he called emergency 911 and lept into action to rescue the child.

One emergency medical responders arrived at the Hobby Lobby on US 99 and South Fry Road in Katy, they stated that the baby was both wearing sweatpants, covered in a blanket, and hot to the touch as well as dehydrated, also being covered in maximal sweat, meaning that had the Good Samaritan not acted the baby could have died.

Later, police would locate the child's mother, 29-year-old Ayesha Farooq, who lied to investigators saying that “a neighbor was supposed to be in the car watching the baby,” although there was nobody else in the car.

Security footage confirmed this to be a lie, at which time Farooq was arrested for neglect, according to Fort Bend County Precinct 3 Constable Wayne Thompson.

After the realization that the mother had not only intentionally left the child in the car but lied to authorities, her case is being referred to the District Attorney where she could face additional charged.

The child was treated by the EMS team and brought to a nearby hospital, only later to be released to its father.

Child protective services have now also been made aware of the dangerous neglect from the mother, which will bring about an investigation of their own.

To parents reading this, always dress your child in appropriate clothing for the hot weather and never leave your child unattended in a car in the heat, even if the vehicle is running.

People such as Miss Farooq shouldn't be parents in the first place, and she's lucky that her 8-month-old child is still alive following this massive failure.

I have also seen a car window broken by the police after a dog was left in a hot car, and then the police waited for the owner to return.

some people are just plain uncaring and stupid as this woman seems to be only interested in collecting welfare and by the looks of it, doing drugs and alchohol

I hope the mother gets 10 years for her foolishness. I am starting to wonder if she was trying to kill the child.

Thank God for you ~

but also, kind of funny that hobby lobby is anti abortion but if the lady had had an abortion that baby never would have had to suffer a hot car or a bad mother. really makes you think.

Abortion should be not only legal, but very cheap for non whites yet illegal for whites.