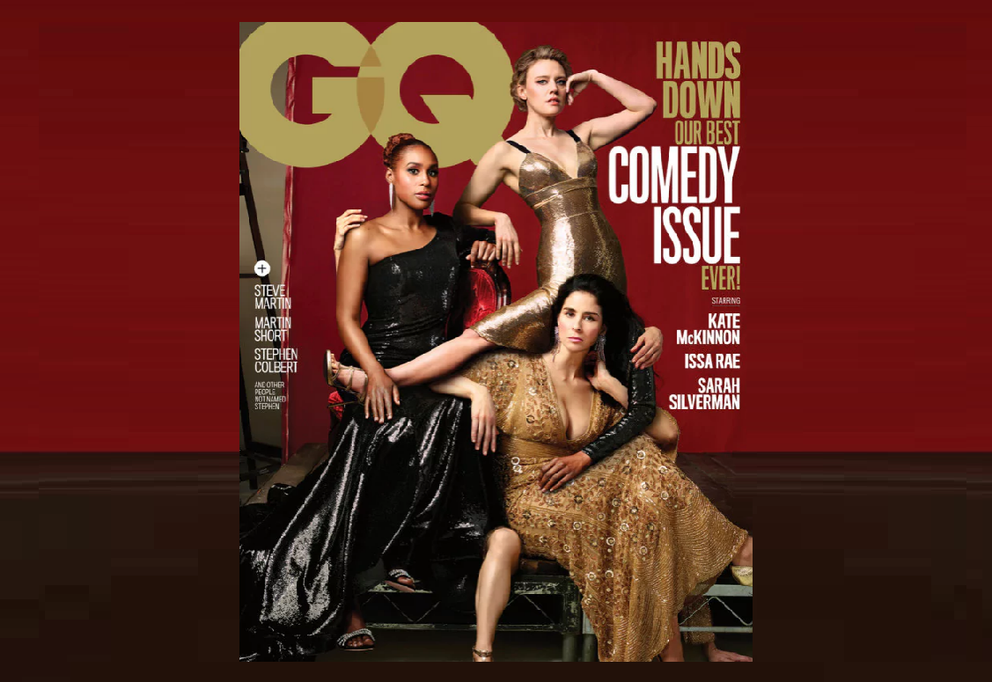 At the beginning of the year, US magazine Vanity Fair launched it's much talked about Oscar issue which, as everyone quickly noticed, contained quite a few photoshop errors. Reese Witherspoon and Oprah both had extra body parts.

Today, rival magazine GC trolled Vanity Fair’s Oscar fail by launching its own version of that cover, this time complete with extra legs, hands, and some very weird positioning.

Comedians Kate McKinnon, Issa Rae, and Sarah Silverman graced that cover, mercilessly mocking Vanity Fair’s epic Photoshop fail. It would appear though that those working for Vanity Fair fail to see the funny side.

A source for publisher condé nast stated: “There is mass fury at VF today, the staff and editors are really upset. GQ is spoofing the VF cover which came out with all the Photoshop mistakes, the mysterious extra legs, and hands attached to Oprah.”

“They are being mocked by a sister publication, nobody told them in advance, and they found out about it at the same time as everyone else, when the GQ cover was released.”

The official response came via a tweet though, in which Vanity Fair claimed to love the joke GC had pulled on them, when they stated: “It’s not going out on a limb to say we love Issa, Kate, and Sarah. Props to @GQMagazine for getting a leg up on this trend.”