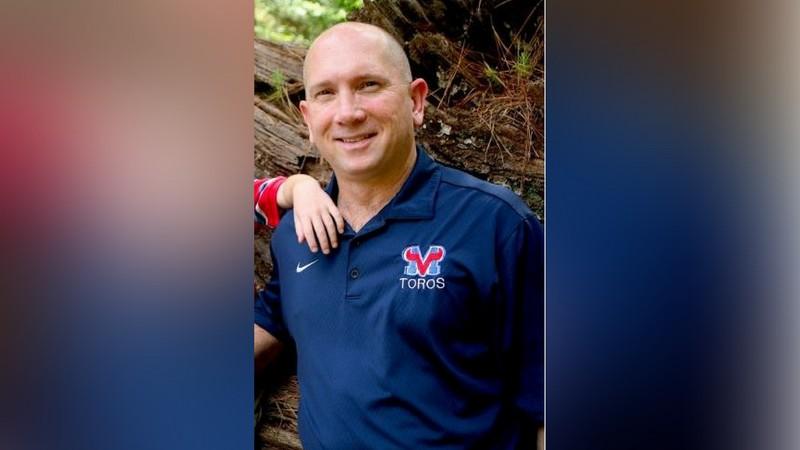 The Federal Bureau of Investigation was able to find over 15,000 files of child pornography belonging to a Mesa, Arizona high school teacher, who has now been indicted for having images and videos of 10 to 12-year-old children engaged forced sexual relations with an adult.

Kyle Wade Cummins, a Social Studies teacher as well as a coach for the boy's variety basketball team at Mountain View High School, and he has now been indicted on 4 counts of receiving child pornography and one count of possession of child pornography.

The FBI says that between March 13th and April 16th of this year Cummins knowingly received “visual depictions that involved the use of a minor engaging in sexually explicit conduct,” to which at least 39 images of child pornography were found to have been received by electronic devices belonging to Cummins during that time period.

On April 25th, after a judge issued a search warrant for Cummins’ residence, FBI agents stormed the home, where the teacher confessed to using BitTorrent, a peer-to-peer file sharing service, to download and transmit the illicit child pornography files.

The Grand Jury who indicted Cummins also said that he had at least 19 additional child pornography files stored on an external hard drive, with the FBI later concluding that a total of 15,000 files of child pornography were in the possession of Cummins, as reported by<a href="http://abc13.com/teacher-indicted-on-child-porn-charges/3490643/"> ABC Channel 13</a>.

Cummins also confessed to having viewed the child pornography for a period of over six years, according to<a href="http://ktar.com/story/2066849/mesa-high-school-teacher-indicted-on-child-pornography-charges/"> KTAR Radio 92.3 FM</a>. After he would download and view the files, Cummins said that he would delete them.

On May 2nd Cummins was bonded out of jail, and placed into his mother's home under supervised release until trial.

As per the court ordered agreement and terms of release, Cummins is ordered to have zero contact with any minor children and to stay away from Mountain View High School.

One parent from Mountain View High School, who has a young son that often uses the weight room at the school, said that she's in absolute shock at the arrest.

"I'm, appalled. I mean I can't believe right here in the neighborhood, right next door,” Michelle Colberg said, as she described asking her son, "Is this the coach? It's just surprising. Yeah, it disgusts me."

The Mesa Public School District had no idea Cummins was arrested until after the indictment, at which time they placed him on administrative leave.

Cummins future as a teacher will be dependent upon the outcome of his trial, according to the Mesa Public School District, who has yet to issue a formal statement to parents of students that Cummins was both teaching and coaching inside their facilities.

This arrest, as with any pedophile who is around children, brings uncertainty towards previous students who were in classrooms Cummins taught as well as on the basketball team, unknowing if Cummins could have abused any children in the past.

Currently, there are no known documented reports of abuse, but if you or anyone you know has either received coaching from Cummins or attended his classrooms, and you believe that abuse has occurred, you can contact the Mesa Police Department at 480-644-2211.