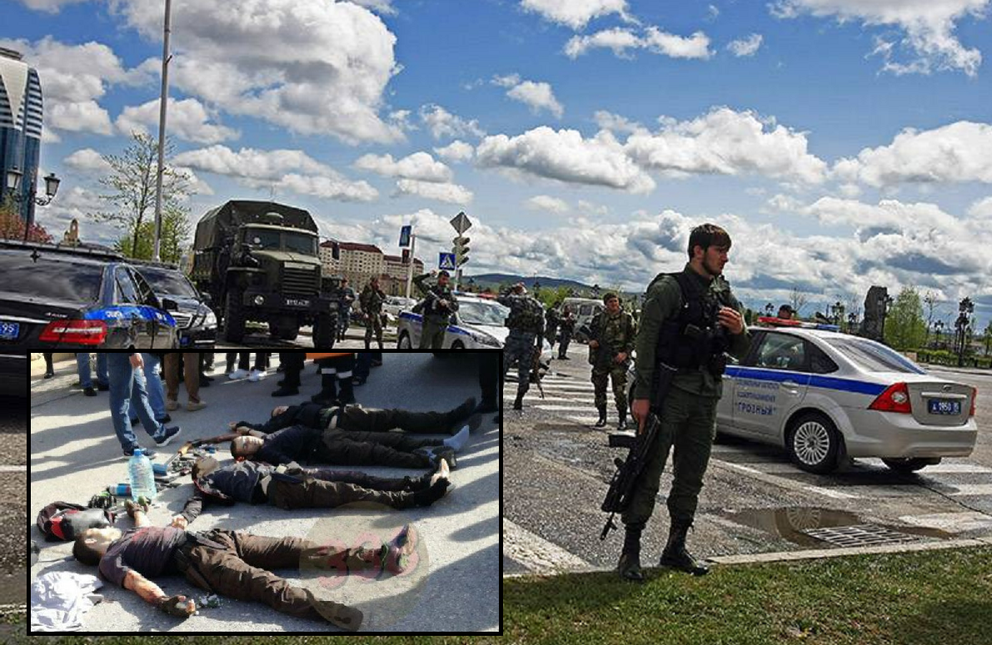 Earlier this week, the Islamic death cult known as ISIS had via its propaganda channel vowed to attack the upcoming world cup soccer in Russia, which starts in less than a month. Via disgusting posters showing the beheading of stars like Messi and Ronaldo, they swore to turn a sports feast into a bloodbath.

None in the world press paid much attention to it, as Russia doesn’t seem like a place where Putin would let this happen whilst his country is being showcased to the world during an event which is the most watched on the planet.

Yesterday, in one of the cities where teams will be welcomed, Grozny, the capital of the Chechen region, Islamic extremists stormed the only Orthodox church in the city and killed 3, one civilian and two policemen.

Luckily for the Russians, the police and security forces were able to kill the 4 terrorists during a resulting shootout and the media fallout could be controlled.

Although social media reported many wounded, the Russians were able to keep the pictures being spread to a minimum.

Mr. Vladimir Legoida, the official spokesman for the Moscow Patriarchate, said the events had been "yet another attempt by pseudo-Islamic extremists to breed hostility between Orthodox Christian and Islamic believers. A bunch of extremists, presumably of pseudo-Islamic beliefs, tried to intimidate Orthodox Christian believers of Chechnya but received a fitting rebuff."

"We mourn the parishioner of the Archangel Mikhail church, and law-enforcers, who died on duty as heroes, protecting the congregation."

"Orthodox believers and Muslims of Russia will remain united in the fight against terrorism and will support each other in the face of danger."

Meanwhile, the religious leader of the Russian Muslim population in the region, Chechen Mufti Salah Mezhiyev, stated: "The most horrific thing is that this crime was committed during the holy month of Ramadan, during which all conflicts, wars, and killings are prohibited."

"Western masterminds decided to destabilize the situation in the Chechen Republic through this horrific deed, to intimidate its residents and guests, to artificially create instability in the region."

Prayers and forgiveness for all involved