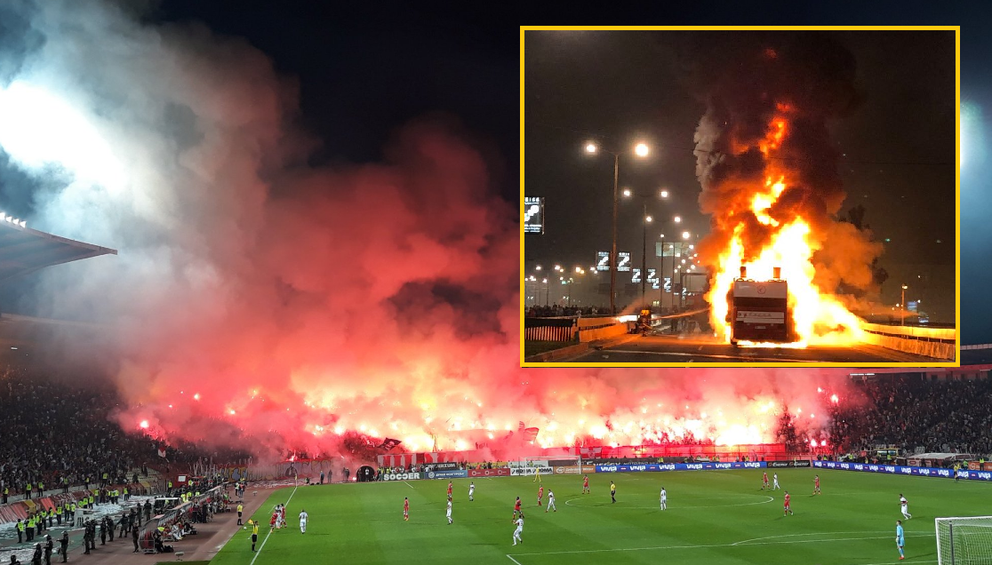 Whomever of us that has ever travelled to the Balkans knows that these people have seen revolution and war (in the 1990s) and are a bit ‘tougher’ than western Europeans when it comes to matters of drinking, partying and fighting. Yesterday this fact was shown once again when Red Star Belgrade, the Champion soccer team of Serbia, decided to drive through the town of Belgrade in an open top bus to let them be cheered on by their supporters.

This is a tradition in Europe at the end of the soccer season in every nation and in most of them, these things are practiced and well-rehearsed beforehand. Just last week in the UK, Manchester City drove an open top bus through town and had some 100,000 people cheering them on, all went by without a hiccup.

Not so for the fans of Red Star who had been saving all their energy and, importantly, fireworks for the celebration of their favourite team. Due to another team losing last week, Red Star became champions a week ahead of schedule, leaving the hardcore Serbian fans with a lot of fireworks which they hadn’t used yet.

And thus, as good tradition had it, when their team was driven around, supporters shot their fireworks arrows in the air, and some of them, probably under the influence of a bit too much alcohol, at the open top bus which subsequently caught fire with the players still in it. The scenes captured in the video where the players suddenly realize the bus is on fire are hilarious.