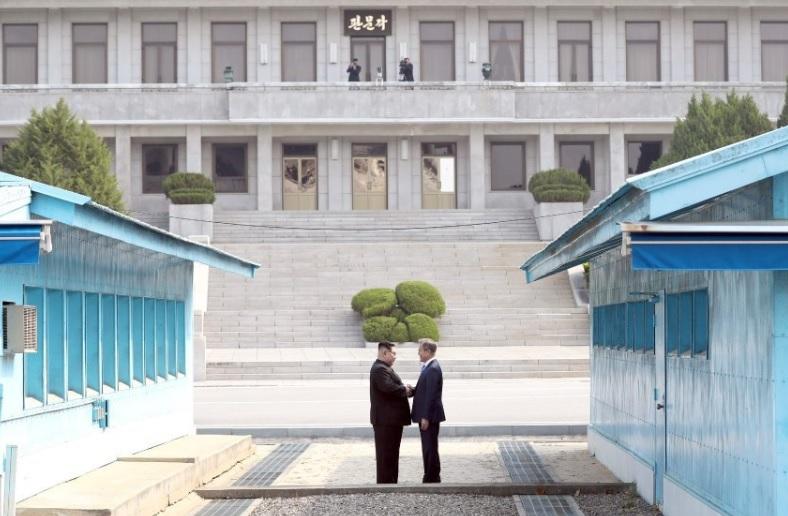 Peace Talks Between North And South Korea To Resume In June

The two Korea's have agreed to resume peace talks after the May 25 completion of joint U.S.-South Korea military drills, according to a South Korean government spokesman. The South Korean official said Tuesday the talks were likely to resume sometime in June.

Related coverage: <a href="https://thegoldwater.com/news/26200-North-Korea-Backs-Out-Of-Peace-Talks-With-The-South-Threatens-To-Withdraw-From-Summit">North Korea Backs Out Of Peace Talks With The South, Threatens To Withdraw From Summit</a>

The presence of the U.S. military drills with South Korea were frowned upon by the North Korean government which called the exercises a threat. There was much speculation as to whether North Korea's condemnation of the drills was an attempt to gain a political bargaining chip since the North has been performing its own drills on the world stage for quite some time.

A spokesman for the South Korean presidency named Yoon Young-chan said the talks are likely to resume after drills end on May 25 and as late as June following a White House meeting between U.S. President Trump and South Korean President Moon Jae-in. North Korea has already canceled a meeting between government officials which was supposed to take place last week.

<blockquote class="twitter-tweet" data-lang="en"><p lang="en" dir="ltr">What an incredible and historic moment as the leaders of South Korea, Moon Jae In, and North Korea, Kim Jong Un, meet in the DMZ. They shake hands and each crosses into the other’s country before holding meetings. <a href="https://t.co/iYw4oQ2pRd">pic.twitter.com/iYw4oQ2pRd</a></p>&mdash; Paul Almeida (@AzorcanGlobal) <a href="https://twitter.com/AzorcanGlobal/status/989724665890328577?ref_src=twsrc%5Etfw">April 27, 2018</a></blockquote>

The North and the South have seen unprecedented steps towards peace and the last minute backing out of the meeting by the North was the first sign of trouble since the pair of leaders met at the demilitarized zone and shook hands. Kim Jong Un was full of smiles and even stepped over the border into South Korea, something a North Korean leader has not done in decades.

You should do a report on this.