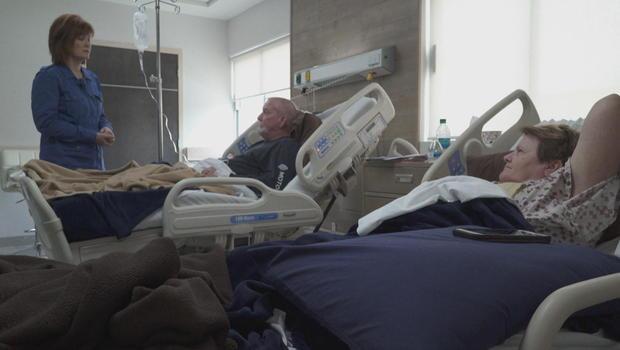 Lured by low prices and the promise of safety, Many Americans are opting to go to Mexico for weight-loss surgeries. Unfortunately, for many of them, the operations performed there turned out to be dangerous, even life-threatening.

As a result of their unfortunate experiences, four people from Arizona are suing three Mexican doctors who performed surgeries as well as companies in the U.S. which facilitated for those surgeries and referred them to those now questionable doctors.

Cheaper cost is the biggest motivation for Americans to go to Mexico for the weight loss surgeries. Gastric sleeve surgery, for one, can cost up to about $20,000 in the U.S. and many cases are not covered by individuals’ insurance. The procedure involves a surgeon removing some 80 percent of the stomach. In Mexico, it costs only $5,000.

Some patients who have gone to Mexico to avail of such weight loss programs have suffered serious consequences. Dr. Samer Mattar, head of am American Bariatric Surgeons’ group, said: “They are attracted there because of these discounts to have these operations over there. Unfortunately, some of them come back with complications that we have to take care of.”

Among those sued in the class-action lawsuit filed by four Arizona residents are three Mexico-based doctors and associated U.S. companies. The lawsuit accuses them of fraud and stating that they concealed “the risks and dangers associated with having bariatric surgeries done in Tijuana.

One of those accused is Dr. Mario Almanza who told American media that his work is “professional” and that he has credentials as a surgeon. He also insisted that they have processes and “don’t jump steps.” He blames a former employee as behind maligning him and who attempted to “blackmail” him.

Weight Loss Agents is not named in the lawsuit. The company also denies any legal ties to Dr. Almanza’s medical practice, saying their work is limited to assisting with the scheduling, transportation, and other services.