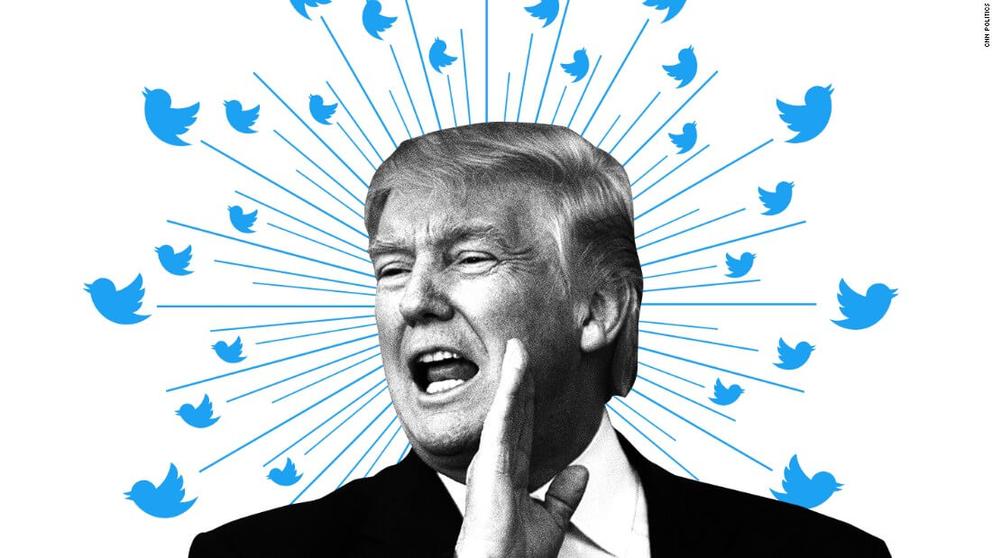 There's disturbing news to report coming out of New York where an ultra-intrusive liberal federal judge has just ruled that the President of the United States of America cannot block Americans on Twitter, in an act of stunning invasiveness that will surely bring about new privacy concerns in Washington, DC.

The President of the United States of America has two Twitter accounts, one being that of<a href="https://twitter.com/realDonaldTrump?s=09"> @realDonaldTrump</a>, which is his personal account he's held since the inception of the Twitter platform, and the second being<a href="https://twitter.com/POTUS?s=09"> @POTUS</a>, which is the official account of the sitting Commander-in-Chief that is currently occupied by President Donald Trump.

The initial lawsuit was filed in July of 2017 l by the Knight First Amendment Institute, a far-left organization which has made itself prevalent in recent months by attacking the Trump Administration.

One has to be appalled at the fact in which countless taxpayer dollars are being wasted on such an ignorant case in the first place, but it did happen, and today's ruling could have severe implications for Twitter and other biased liberal platforms.

The Knight First Amendment Institute, which hails from Columbia University, first filed the claim on behalf of seven people who argued that the President of the United States of America has “no right” to block them via the Twitter platform.

Every media outlet across America is posting this story right now as it's breaking from U.S. District Judge Naomi Reice Buchwald’s courtroom, but none are telling you why this ruling is going to backfire against both the globalist-backed and liberal biased “Big Tech,” or why it matters to each and every American across the nation.

In her arguably ignorant ruling today in Manhattan, Judge Naomi Reice Buchwald suggests that by President Donald J. Trump blocking Americans on his personal Twitter account that it's somehow a violation of the First Amendment, and this is the importance of that statement: she's saying that Twitter is a Constitutional right for all Americans.

Her ruling in itself could be argued as unconstitutional by the Supreme Court of the United States of America (SCOTUS), in which she's giving the federal government and the US Constitution authority over the rules of a business.

Twitter is publicly traded company, in which has rules designed to protect a user's privacy as well as has implemented the ability for a person to enact free choice in blocking another user if they feel as if there can be no mutual interest gained from such a conversation.

With U.S. District Judge Naomi Reice Buchwald’s ruling, she's saying that blocking Americans via a private account, or any type of censorship from the platform, is a violation of the First Amendment, which Conservatives can now argue that as per Wednesday's decision that the blatant censorship efforts from Twitter or even other social media platforms are a violation of the First Amendment.

“This case requires us to consider whether a public official may, consistent with the First Amendment, ‘block’ a person from his Twitter account in response to the political views that person has expressed, and whether the analysis differs because that public official is the President of the United States," U.S. District Judge Naomi Reice Buchwald said in a Manhattan courtroom on Wednesday, as per her ruling. "The answer to both questions is no."

Below is the entirety of the courtroom statements as per Judge Naomi Reice Buchwald’s ruling:

As Americans know, the debate about censorship from social media platforms has reached an all-time high, with the likes of Mark Zuckerberg, Facebook CEO having been brought before Congress and confronted with questions about censorship of Conservatives or a liberal bias on their platform.

Similar claims have been made against Twitter, with Project Veritas having exposed the platform for their own impartiality and illicit practices including shadowbanning and censoring Conservatives to silence their voices from the mainstream.

Representative Devin Nunes (R-CA) has also expressed concerns about Twitter's censorship, meaning that Congress is becoming aware of what actions the left-leaning social media sites are engaged in as an attempt to interfere in American elections by only showcasing topics that benefit one side of the political spectrum.

No doubt today's decision is going to open a much wider debate and even provide the potential for countless lawsuits against Twitter.

Thanks, Judge! We're so glad that you didn't think this through!

For those who feel as if they've similarly been subject to a violation of their Constitutional rights by Twitter, I certainly hope they're organizing to file suit themselves.

It's going to be entertaining to witness where this goes next, and watch the story continue to unfold as the house of cards liberals have built collapses on them.

Trump For The Win!

Jesus these judges think they're in control of America. This is the Communism that Mccarthy warned us about and we should have listened

Doncha git it? This ruling is a BONANZA for attorneys everywhere, which is what a lot of these B.S. rulings are all about - full employment for the "brothers in law" from a judge who belongs to the same brotherhood. One ruling like this is worth million$ in billable hours.

So, can human beings now officially discuss the ongoing, worldwide, ethnic cleansing of every population of European humans on earth during these last five genocidal decades?

Mass Immivasion of every population of Europeans on earth is a reprehensible crime against every human on earth, now and for all time.