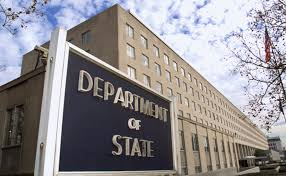 The White House announced on Thursday Trump’s choice, Ronald Mortensen, to serve as assistant secretary of State for Population, Refugees, and Migration. He is a former foreign service officer.

Mortensen is also a fellow at the Center for Immigration Studies, a nonprofit group that strongly advocates for the dramatic reduction of immigration in the U.S.

Mortensen must go through Senate confirmation first, of course. But if he pulls through during his nomination deliberations, Mortensen is set to lead the State Department bureau tasked with assisting some of those considered as “vulnerable populations” including refugees and asylum seekers from Mexico and Central America.

A fierce supporter of Trump during the 2016 presidential campaign, Mortensen also founded the Utah Coalition on Illegal Immigration, a group that pushes for “concrete action” to address illegal immigration.

Mortensen has feverishly opposed President Barack Obama’s Deferred Action for Childhood Arrivals (DACA) program. Under Obama’s term, young undocumented immigrants were given temporary protection from deportation. They were even allowed to work in the country. Trump, of course, rescinded the program in September last year.

Mortensen had been adamant in the past about his sentiments that the U.S. government must give priority to immigrants who go through the proper legal channels in order to achieve their goal of living in the U.S. Mortensen described them before as “honest and hardworking people.” He has always been against those who try to skirt the country’s immigration laws and said they should be blocked from entering the U.S. territory.

Mortensen also said then that people who “jump the line should not be rewarded.”

Mortensen is also a persistent and dedicated op-ed writer whose opinions saw print in various publications and where he is remembered for opposing illegal immigration. He also said then that most undocumented immigrants commit crimes by using fraudulent documents to enter the country.

It is another #MAGA move by the President that for sure will have Democrats and liberals going up in arms again and seething in anger and frustration.

People who want to come to America the right way have always been welcome.To practice their Religion safely,not try to force it on others are welcome.